With a shared passion for adventure and exploration, our collaboration with Palladium brings together two brands who believe in sustainability with substance.

From creating their original boots in 1947, used by the French foreign legion, through to making one of the first sustainable shoes on the market in 1991; we take a dive into the history of Palladium and the values that made this one of our most sustainable collaborations to date. 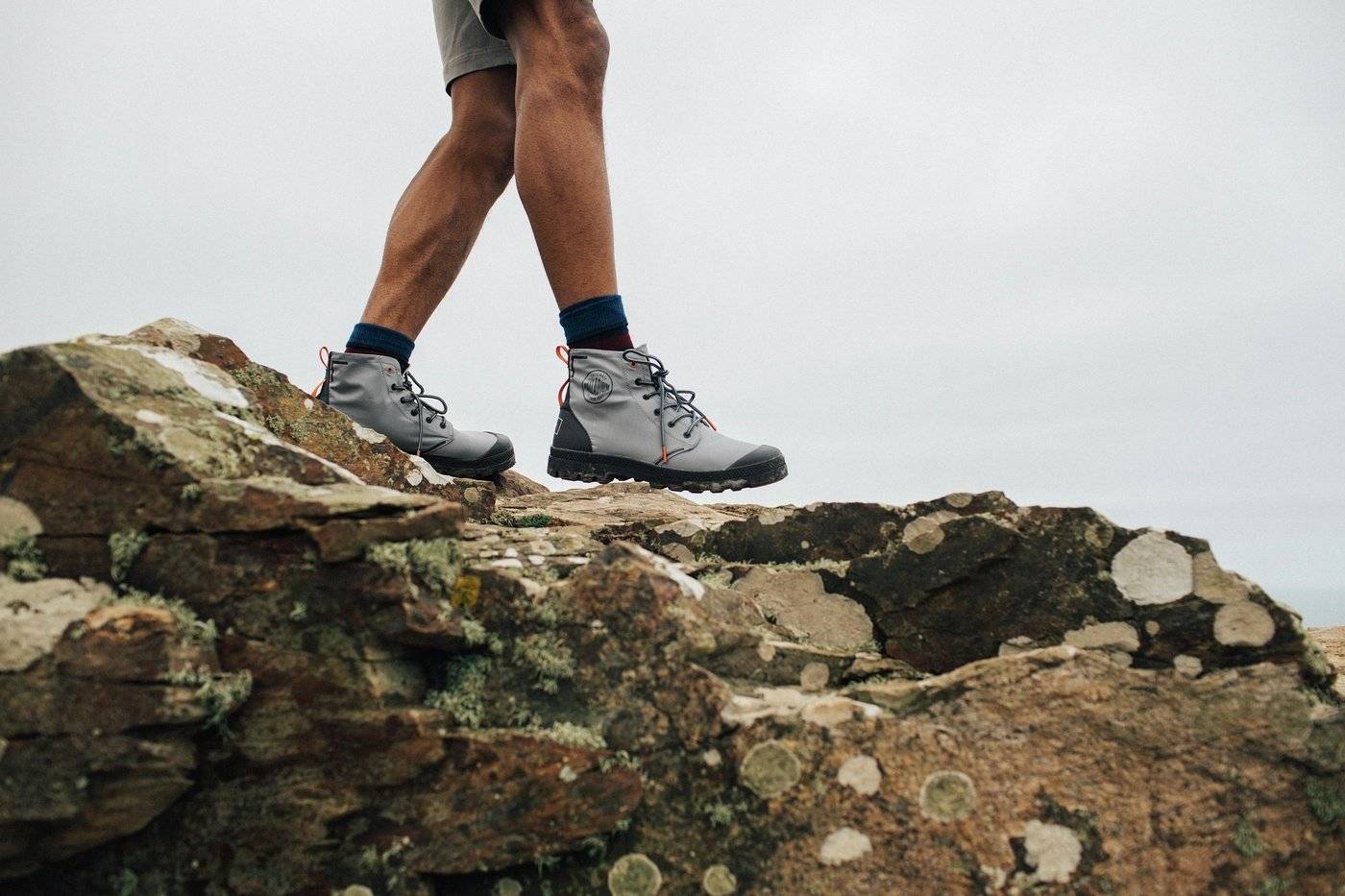 Here’s to the explorers. The pioneers. Those who tread the path less travelled, forging the way ahead for others to follow. Here’s to adventures, near or far. To those who search further, deeper, higher. From exploring the concrete corridors of our urban jungles to scaling granite monoliths on the border between land and sea – no matter where your adventures take you, it’s your feet that carry you there. This was the drive behind our collaboration with Palladium; creating a collection of lightweight adventure boots that are fully waterproof and ready for just about anything.

For those in the know, Palladium will need no introduction. The brand is synonymous with urban underground culture and has become known as the boot of choice for photographers working in the field, with their rugged and durable footwear.

What you might not know is that Palladium first came into existence making aeroplane tyres, way back in the 1920s. Experts in rubber manufacturing, they were well placed for the boom in aerial exploration during the early 20th century and their tyres accompanied an entire generation of aviation pioneers who were filling in parts of the map that still had dragons and sea monsters drawn on them. 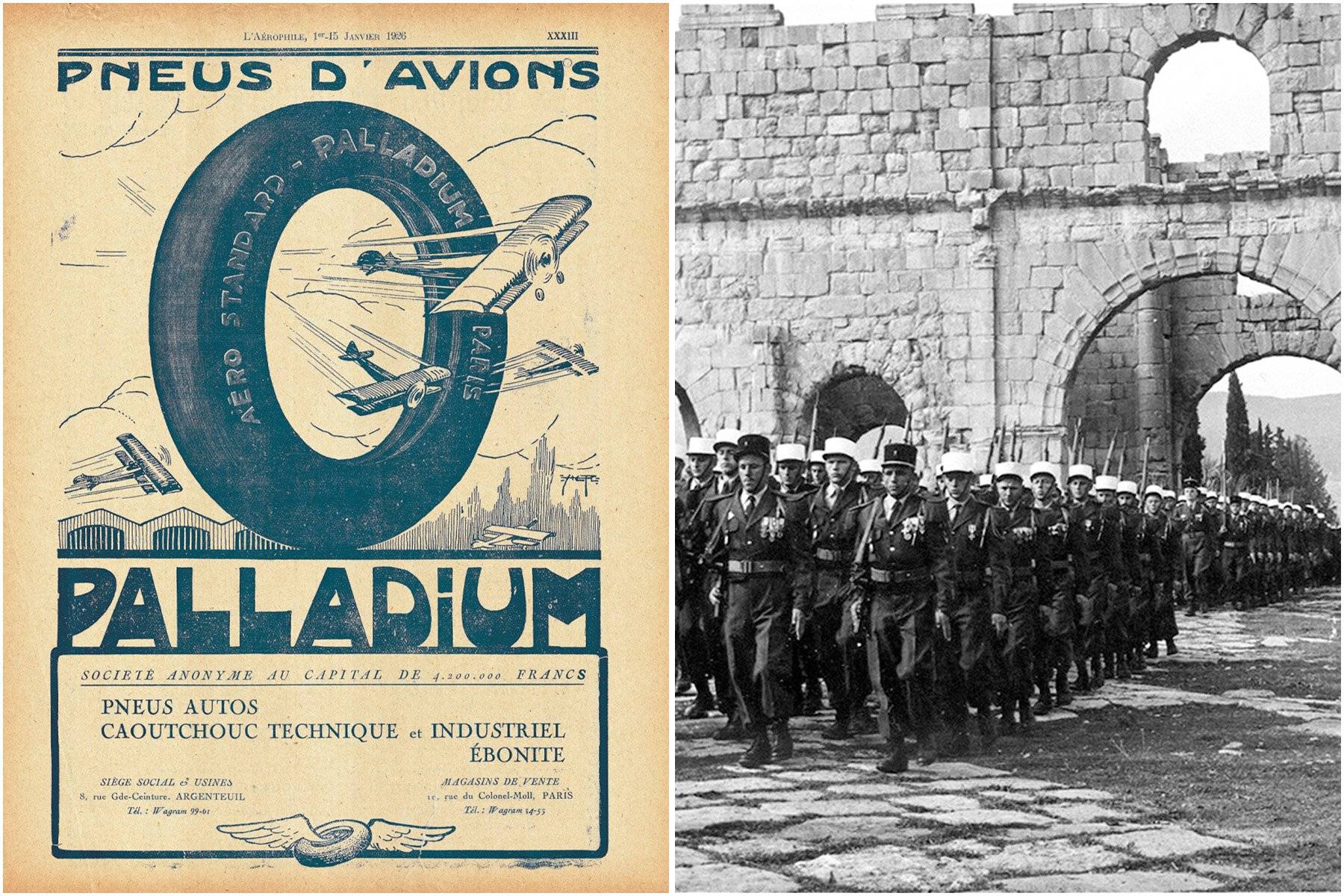 After the second world war, elite special forces like the French Foreign Legion drew thousands of new recruits and needed a uniform that was as tough as its members. Being a legionnaire meant walking, crawling, climbing, running – tackling, surviving and navigating some of the world’s most hostile environments. Palladium answered the call by creating a lightweight but durable boot that would perform in the harsh conditions endured by the Legion, using their expertise in rubber manufacturing to create the soles and pairing them with a hardy canvas upper. Thus, the first Palladium boots were born.

The boots quickly became recognised for the quality of their manufacturing and resistance to the elements, making them firm favourites with explorers and adventurers. In 1960 the French-Polish volcanologist and explorer Haroun Tazieff was attempting to get further into the crater of active volcanoes than anyone had ever attempted. His boots? Palladium of course.

“Our boots are sturdy but light, water-resistant, and were the first ones made from canvas, the fastest fabric to dry out. If their design has become timeless, it's because it responds to a fundamental need for resistance – resistance to the elements, to wear and tear, to time and trends.” 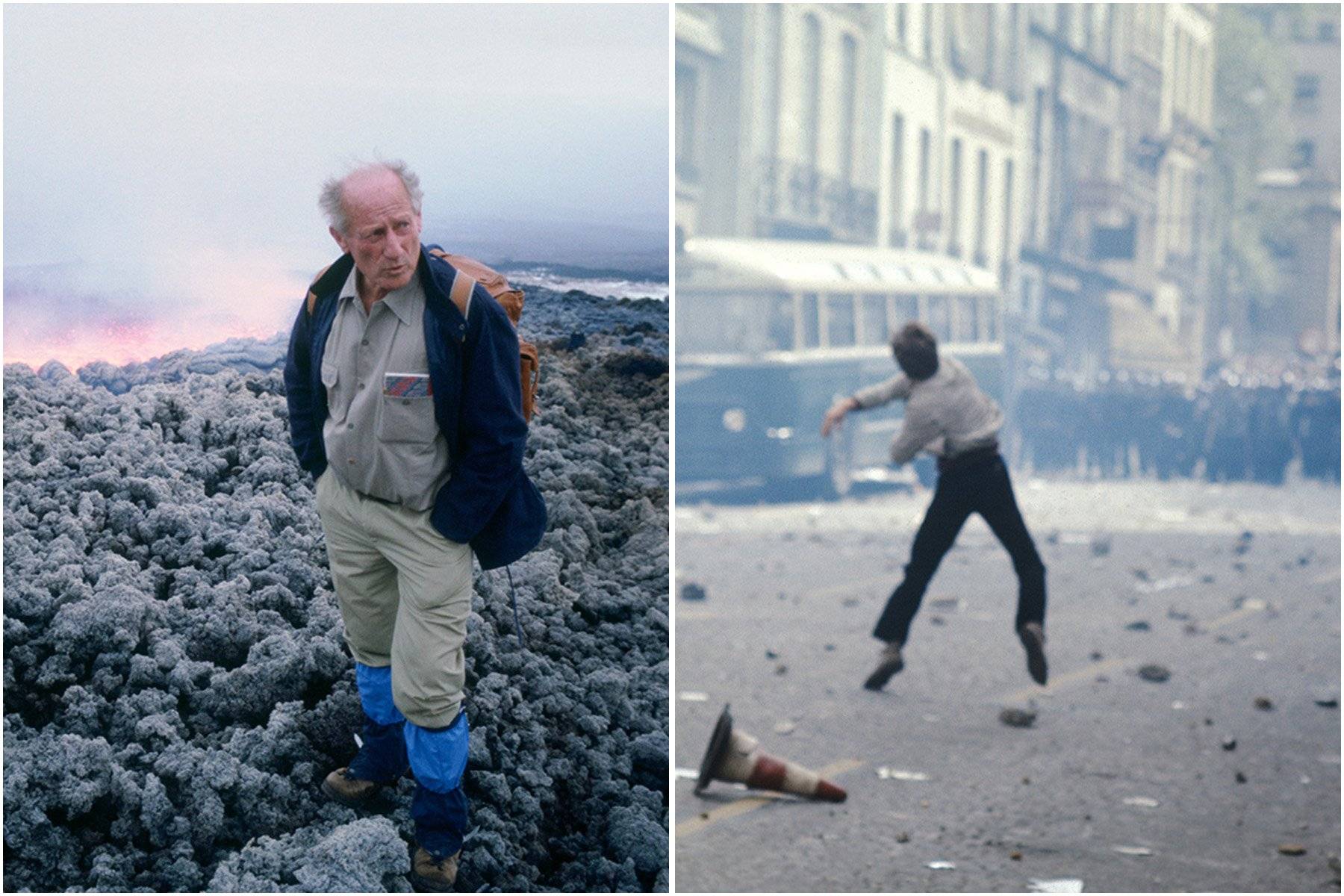 The boots Palladium were making were no longer just for the military. The 60s saw a boom in both the disposable income of families and more leisure time in which to spend it. Hiking and camping experienced an explosion in popularity and the company’s demographic shifted once again, focussing more on families who wanted to escape the city and reconnect with nature, needing sturdy footwear to tackle those new environments.

Always thinking ahead and pioneering change, the 70s and 80s saw Palladium evolve yet again. From sporting activities like basketball and tennis to underground counter cultures and the spirit of protest, Palladium became the footwear of choice for young activists, musicians, artists and those expressing their difference. Whether it was their classic boots, loved for their durability on the streets or their new sports range proving their speed on the feet of protesters outfoxing the police, Palladium had become ‘cool’.

But the brand never lost that connection to the environment which had formed its ethos, and in 1991 they created one of the first sustainable shoes on the market. Built with a durable organic cotton canvas this update to their original Pallabrousse boots was a game changer. The move was decades ahead of the rest of the industry in attitude, and echoed the environmental values of the brand. 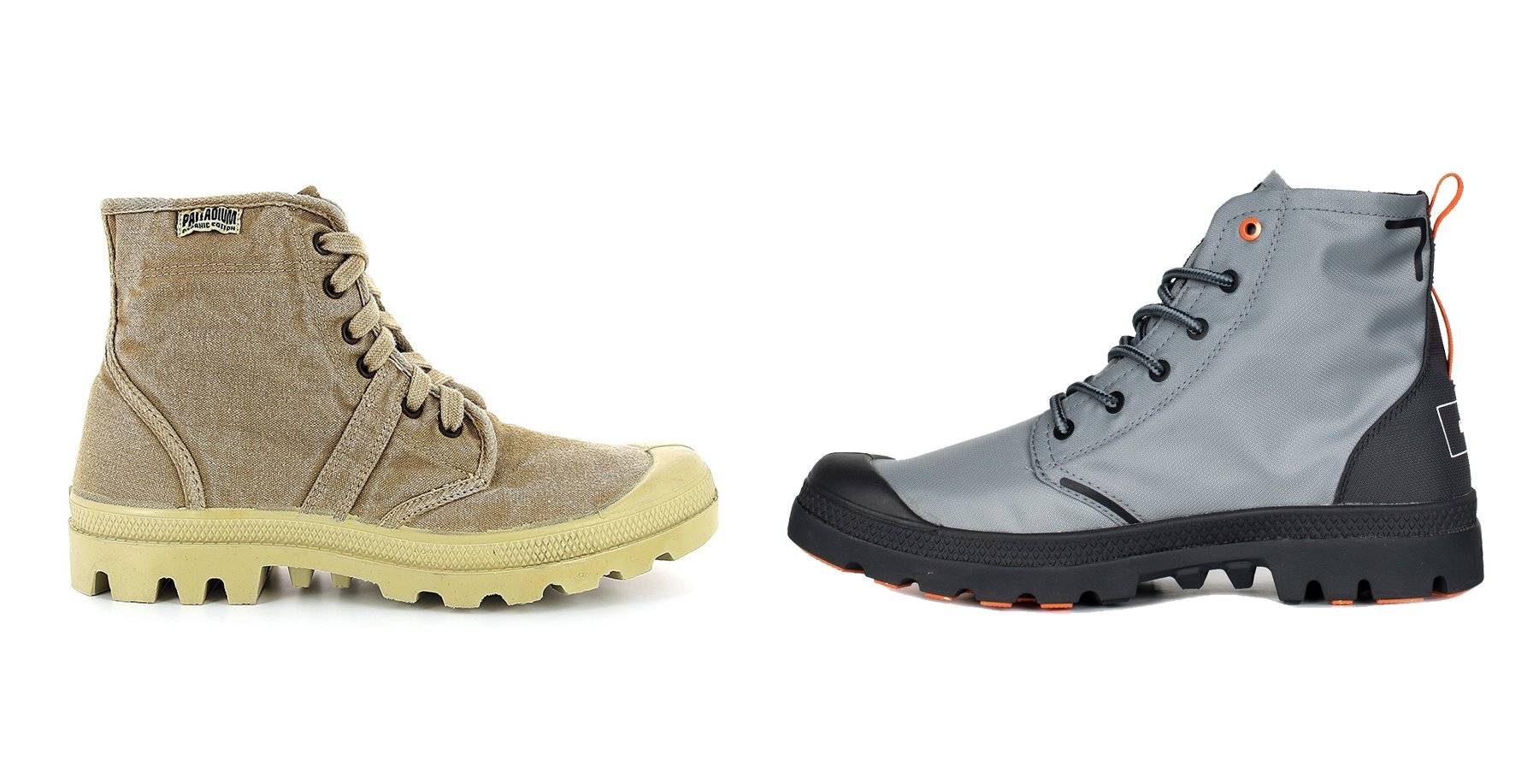 Fast forward to today and Palladium are globally recognised as a leader in sustainable footwear. The new Earth Collection takes their classic designs and reimagines them in nature-friendly materials – from the Recycled Collection which uses 9.5 plastic bottles to make each pair to the Organic Collection, utilising hardy organic cotton and other natural components.

Since our founding in 2003 Finisterre has stood for durable, sustainable product – built to connect people to the sea and enable their adventures. With such well aligned values our collaboration with Palladium was really a no brainer. The boots we’ve made together are based on the Pampa Lite+ Recycle WP+. Fully waterproof, built with recycled and vegan components throughout, they retain all the durability and adventure ready features that have made Palladium a brand synonymous with quality, sustainability, and rugged outdoor exploration.

The spirit of adventure is a rare spark, to be celebrated, nurtured, championed. We’ve built this collection to protect the feet that carry you on those adventures. Explore your world.