The Broadcast / A Journey In Surf Therapy

A Journey In Surf Therapy

We first met Jamie Marshall (Stoked Research) when we opened the doors to our Edinburgh store in Scotland. A local surfer who headed up the most northerly chapter of the UK's surf therapy charity, The Wave Project, Jamie has spent his whole adult working life in such an environment. And now, the surfer, researcher and practitioner finds himself in the middle of the world first Surf Therapy Phd at Edinburgh Napier University.

Providing the science and validation necessary to further the good work of South Africa's, Waves For Change NPO charity, Jamie's work crosses borders and offers first-hand insight into the cultural differences and shared practice solutions that can harness the power of people and oceans.

Jamie joined us on the road with W4C to shed light on his studies and reinforce how 'data is king'! 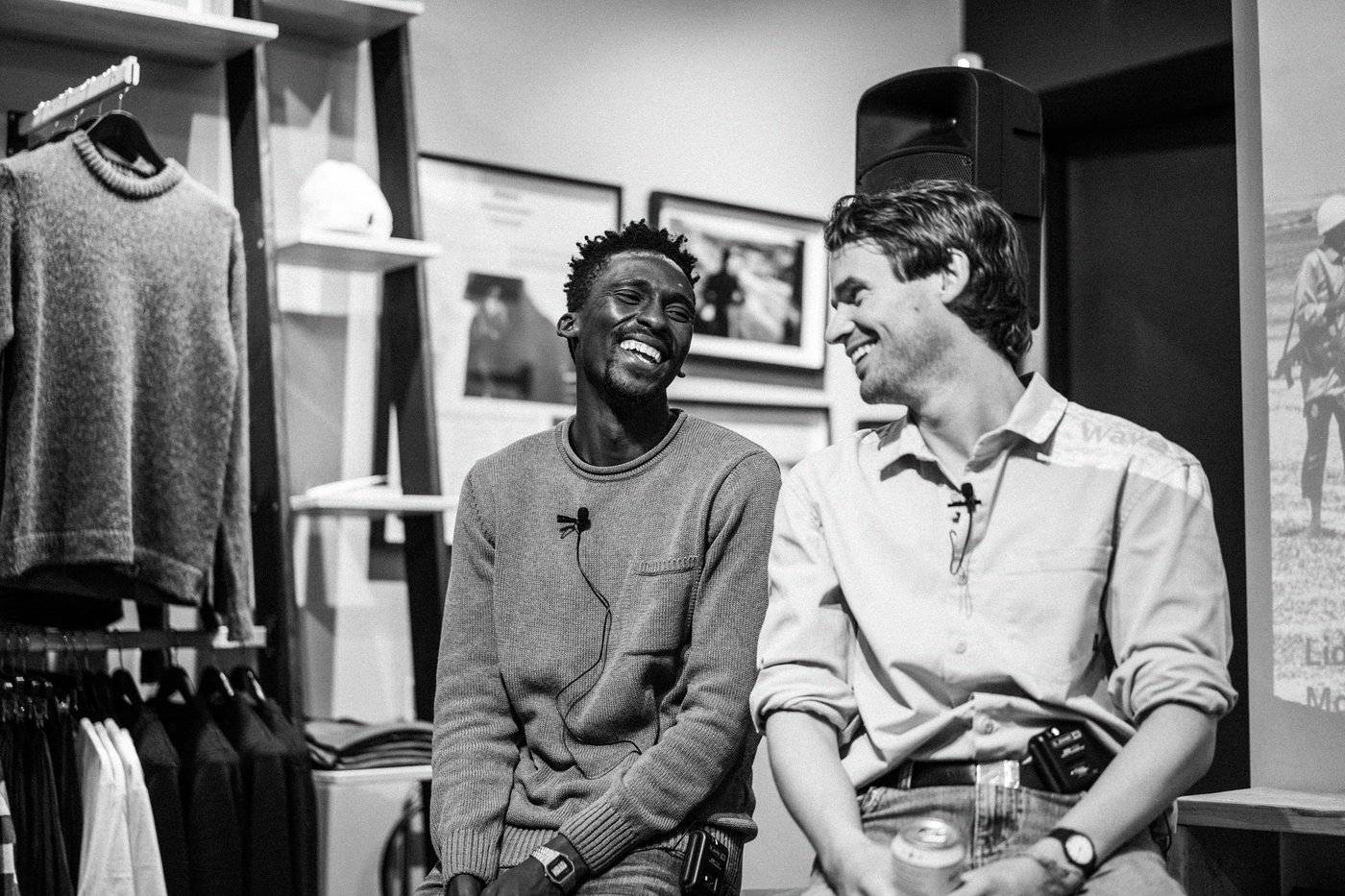 I met Tim and Apish back in 2009 when Waves for Change was still in its infancy on a surf trip round South Africa and it was evident from even that first experience, they were on to something special. I had no idea I would end up working so closely with them in the future but certainly the power of what they were doing had a lasting impact on me and the surf therapy path I eventually took.

If we fast forward from 2009, I have since spent the entirety of my professional life involved in what we call surf therapy. I founded and ran the Wave Project in Scotland for 5 years, supporting young people facing a range of mental health challenges. I undertook a part time MSc in my last few years at the Wave Project due to curiosity as to what was having such a positive effect on beaches in Scotland, even when the snow was falling! I didn’t find the answers I was looking for in said studies which led to my current role as a full-time researcher undertaking the world’s first PhD exclusively focused on surf therapy. It was this role that led me back to Waves for Change and the privilege of working alongside Tim and Apish.

I think in the UK we really take the relationship we can have with the ocean for granted and it is easy to be unaware of the barriers other people may face in developing such a relationship. Easkey Britton’s recent systematic review has highlighted the evidence-based positive impact that a relationship to ‘blue space’ can have for our health and wellbeing. The barriers that people can face in accessing these positive impacts are varied.

I recently spent 3 months conducting research alongside the Waves for Change team in Liberia and one particular story highlighted the barriers that the amazing team in Harper had to overcome to establish their surf therapy program. One of the first sessions the team were running they had 4 or 5 mentors supporting 20 children in a line, holding hands and wading into the water. The activity is called Immersion and aims to teach participants about peer support and empathy in listening to each other when they start to feel uncomfortable in the water. 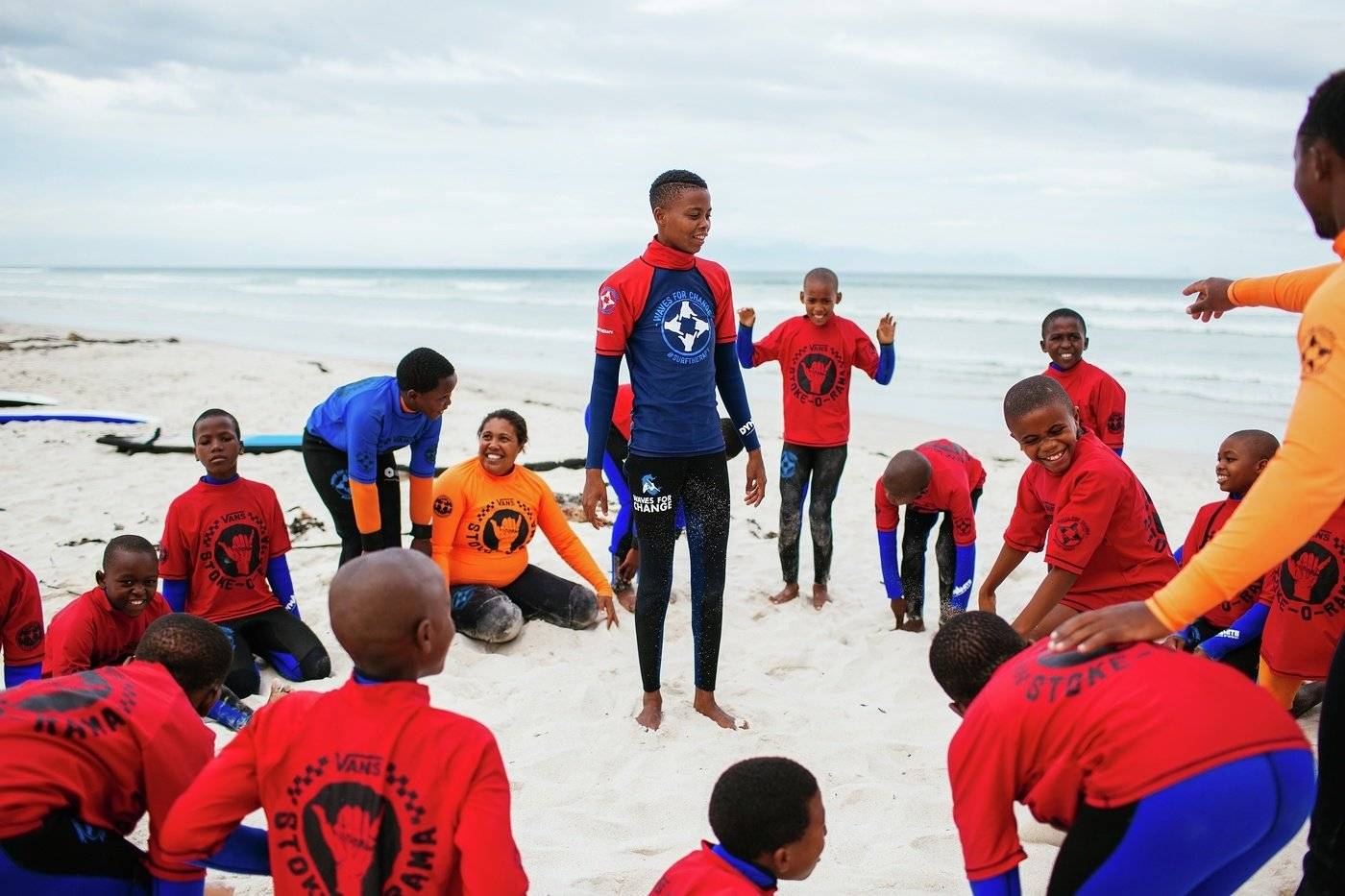 As the team take the first few steps into the water a local policeman comes running down the beach shouting “STOP!!! What are you doing?” The team answer and describe the session and the ideas behind surf therapy. The policeman seems unconvinced and asks the team to show him. So, the Waves for Change team carry on with the session and by the end the policeman has lost his shirt and is joining in the fun and the learning.

The reason the policeman stopped the session is that the logical reason he could think of for taking these young people into the water is they were being sacrificed as part of a traditional practice to influence an election. That was the reality of a relationship with the sea in Harper before Waves for Change and highlights the kind of barriers people face globally. The relationship in Harper has changed dramatically since Waves for Change have arrived, suspicion similar to the above anecdote is much less prevalent, the beach itself has turned from a dumping ground and public toilet to a thriving community space and surfing itself has become associated with positive mental health and community values.

My favourite quote from my recent research is below where a young Harper surfer ties his identity as a surfer not to his skill on a board, but to his values and the way he acts within the community:

Through working alongside Waves for Change we are also really starting to understand how surf therapy is having such a positive effect on participants. Waves for Change on the surface are providing some relatively simple things but in scientific terms are engaging with both established and novel psychological theory. The safe space Tim and Apish speak of aligns with recognised positive psychology and access to such a space is something many of us take for granted. Somewhere where we feel physically and emotionally safe and where we can openly share our feelings may come from a loving family or partner, stable friendships or in the UK our universal access to social and healthcare.

In contrast, in Cape Town there is one social worker for every 30,000 young people. Recent research has highlighted how post conflict zones such as Liberia are characterised by the breakdown of social support at every level, from national infrastructure to basic family units. By providing these safe spaces Waves for Change is providing access to something incredible fundamental to mental health and day to day positive functioning in locations where access is extremely limited. This is married to their effective coping skills delivery which fits within and supports established sport/life skills frameworks. Finally, the surfing itself seems to be inducing intense psychological states called ‘flow.’ Mostly studied in performance psychology they are also known as being in the zone with characteristics including senses of ecstasy, intense focus and temporal distortion (characteristics that any surfer might recognise). 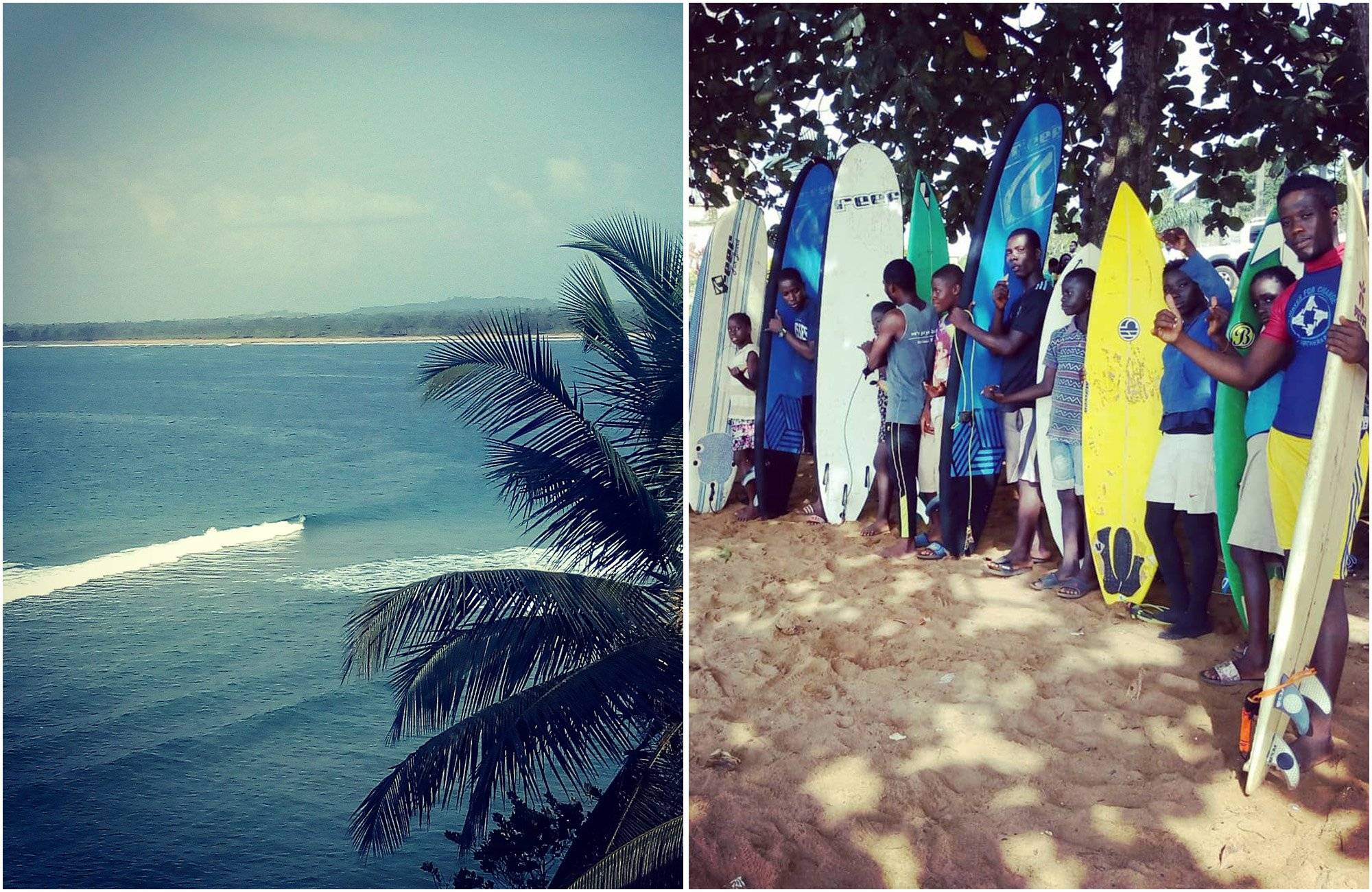 What seems novel is the complete sense of respite that young people are getting through these states from negative emotions, freedom from the stressors they are facing in day to day life. While temporary this escape works like a powerful medication providing relief and hope in the knowledge that such stressors can be overcome. This science is very new, exciting and need ongoing work, but is the reason around the world practitioners are now speaking of evidence-based surf therapy with increasing confidence.

The Wave Alliance is undoubtably one of the best projects I have ever had the privilege to work alongside. The willingness that Waves for Change have shown to open source the work they are doing, including the mistakes, is sector disruption at its best and is empowering local change-makers to deliver surf therapy around the world in some of the most challenging environments that exist. A powerful part of this is sharing the most up to date research and using it to best support new organisations, but this is not the end of that data exchange. We also train all Wave Alliance partners to evaluate their own projects to support sustainability and demonstrate the impact they are having within their local communities. These evaluations also contribute to the global surf therapy paradigm. As the global impact of surf therapy continues to grow and importantly continues to be measured, we are able to start to look at data sets which can influence policy makers and global health organisations.

Keep any eye on the Broadcast as we hope to feature some of these evaluations on here in the near future. So the cycle of open sourcing and collaboration goes on, and we make sure we can reach as many people who need support as possible, especially in the challenging locations that the Wave Alliance supports. The combination of collaboration, open sharing and data seem to be providing an effective and evidence-based pathway from Tim and Apish’s surf club in 2009 to a truly global impact.

For many of us, our home is our safe space. For many vulnerable children, safety is often found in spaces outside of their homes.
During a time in which children do not have access to schools or surf therapy and are requested to self-isolate, Waves for Change recognises its duty of care to continue reaching those children with child-friendly mental health services.