The Broadcast / Down South

We always like hearing how far our clothes have travelled. Built to perform in the harshest conditions, it's no surprise that they often make it to some of the most inhospitable settings on earth. But it's still nice to get a postcard.

That's the feeling we got when Gail MacGregor dropped us an email and a selfie with some penguins, down in Antarctica. A merchant seafarer and navigator, the trip was a dream come true for Gail, and she just so happened to take some of our gear along for the ride... 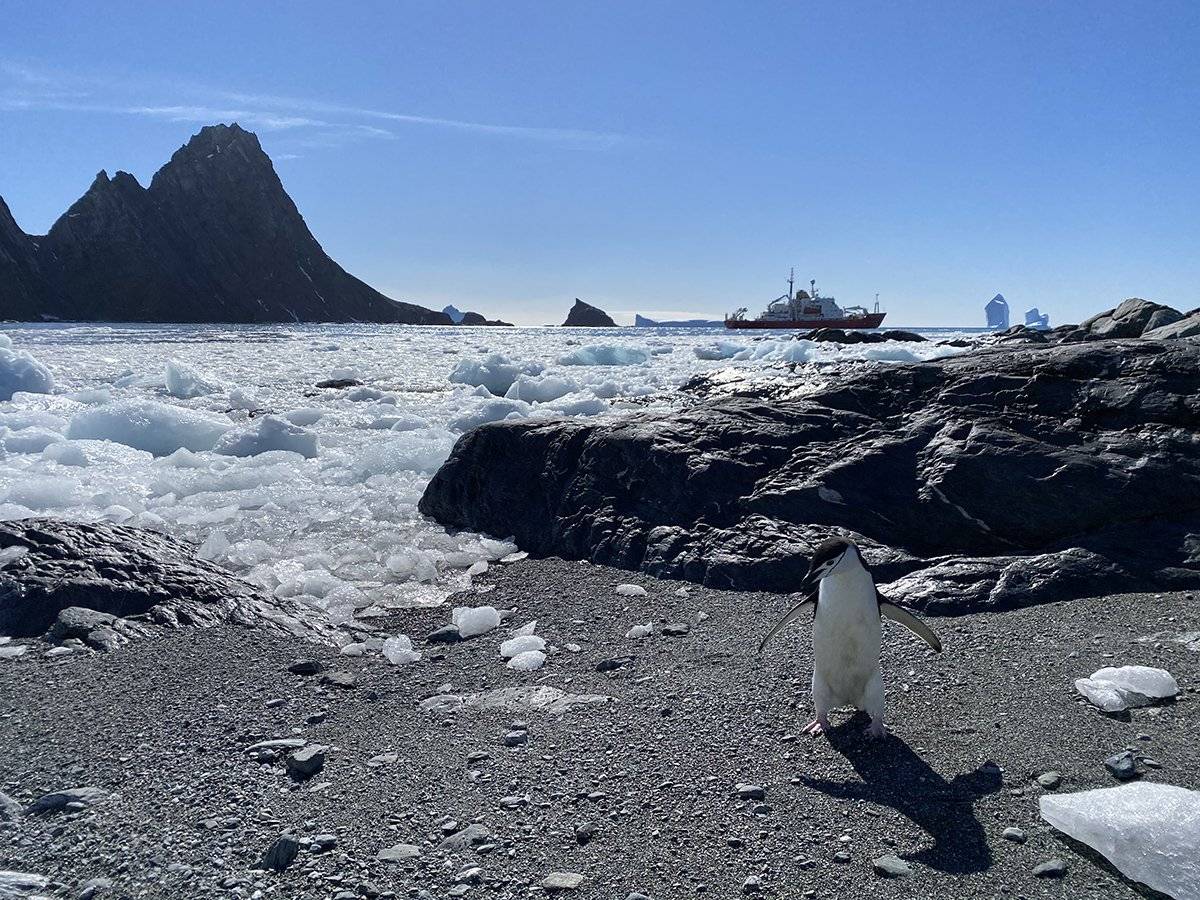 The ice never stops moving- our red hull seems to attract its presence as it swirls towards us in a never ending defiance of the wind and tide, as sculpturally beautiful as it is dangerous. The ice is why we’re here.

Sandy our Fourth Engineer was the one who persuaded me to come; “an adventure” he said, “like the old days”, and yet the truth is, not coming South with the ship was never an option. I was always coming. I didn’t have to be persuaded.

Thirteen years at sea, a merchant seafarer and I couldn’t be luckier, this is the job I always wanted, this is the ship I always wanted to work on and now I’m here. I see whales breaching almost daily now and the occasional breaking of the surface by penguins as they glide past; best enjoyed at speed in the water, but safest when safely hidden out of sight from the Orcas and Leopard Seals who hunt them. I’m not here to enjoy the wildlife however and apologise to the Captain for getting a little too animated when a whale dives metres from the ship’s side, concentrating on careful navigation while my insides do somersaults from the joy of seeing a humpback show her flukes. We’re not here to enjoy the wildlife (although we do), we’re here to supply the research stations and scientists. Normally a floating laboratory, we’ve turned cargo ship this summer season sailing thousands of miles from home to get here. 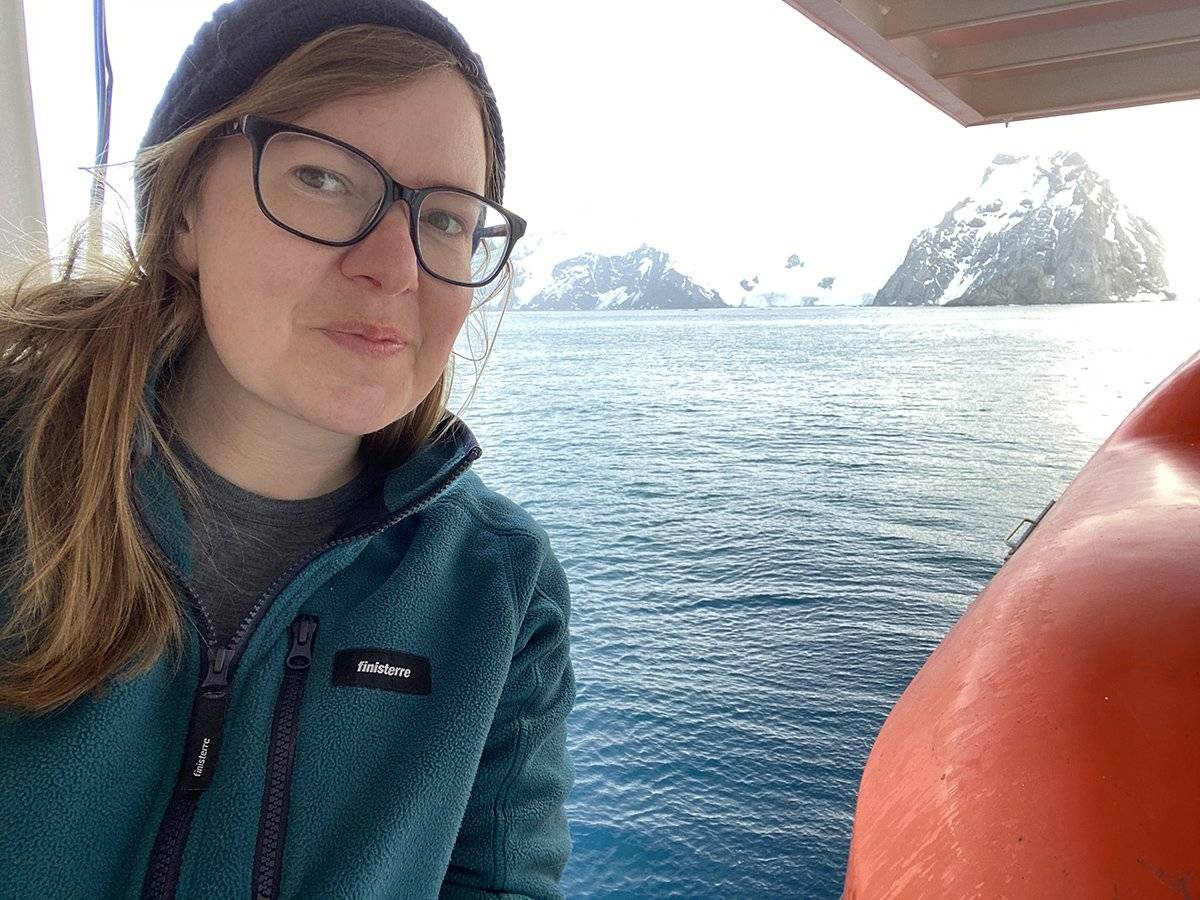 We speak our own language at sea and as the navigator everything comes to me in cardinals, friends getting annoyed when I give directions East or West, left and right no longer exist in my world: a world of bosuns and seven bellers, foc’s’le decks and monkeys fists, white horses and lizards, points and ships on the beam. And now down South, down at the end of the Earth where Shackleton led his men across the ice, where heroes were made and lost, our language changes: we talk of sea ice and fast ice, growlers and bergy bits, porridge ice and pack. We hate the ice and we love the ice, it defines us as ice navigators and sets us apart from the common merchant seaman who will never understand.

We left home in November, South for thousands of miles, losing sight of land into the Bay of Biscay, a glimpse at night passing Las Palmas and then nothing, just us and the ocean, our floating home taking us and our cargo of stores, scientists and technicians to their own respective homes stretched across the Antarctic and Sub Antarctic. Neptune visits us as we cross the equator, I see a shark which no-one else spots and nobody believes. Then it gets colder. The Southern Cross provides my nightly check of the ship’s compass and the sign that we are finally almost there after weeks at sea. Then come the nose bleeds and the cracked lips as we cross the Antarctic convergence, whale sightings become more frequent, chinstrap penguins dart across the bow and we see our first iceberg. 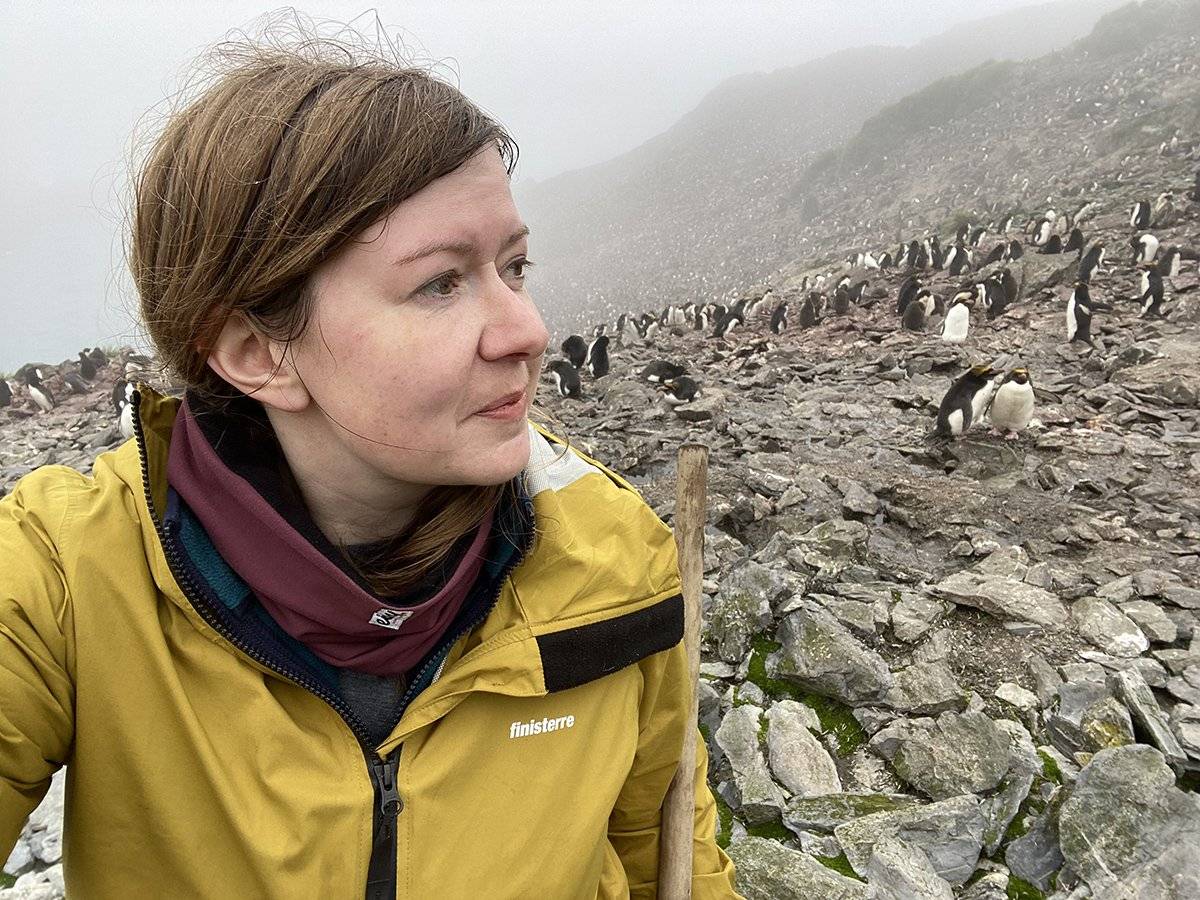 Base after base is supplied, boats are ran in challenging and poorly charted bays, I’m in my navigational element while katabatic winds rush down off the mountains playing hell with us as we load and offload supplies, squeeze past icebergs in narrow fjords and roll in the angry swell. No science this summer as the pandemic takes its toll. We celebrate Christmas as a crew, my shipmates are my family and we toast the Queen in a tradition as old as our profession while Adelie penguins loiter on the quayside a few decks below. Then we’re off, back into the ice, North this time to resupply before we make our final visits for the season and leave the bases to the coming darkness of an Antarctic winter.

The ship will go soon, our last voyage, an adventure, what Sandy said, they don’t do it like this anymore. Then we’ll head north where the ice will no longer swirl towards us and the penguins won’t play in the wake of our small boats. Point Wild will be but a memory and the potent smell of fur seal no more. Homeward bound but with Antarctica imprinted firmly in our hearts. 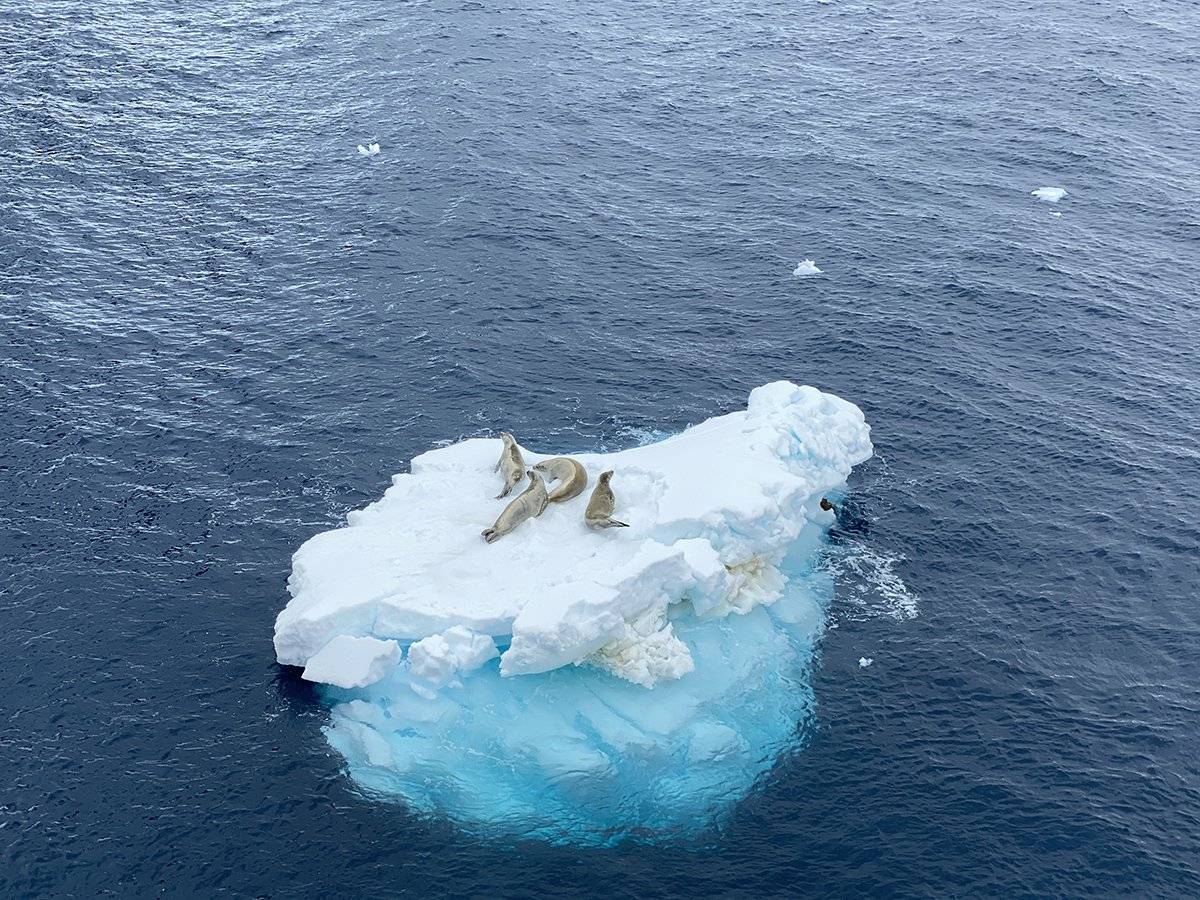