The Broadcast / eXXpedition Round The World: Leg 1

eXXpedition Round The World: Leg 1

eXXpedition Round the World is an all female sailing voyage and research mission. Starting and ending in the UK the project will see 300 women take to the seas and conduct vital research, exploring plastic pollution and toxins in our oceans.

One year on from the first departure, we caught up with expedition co-founder and Finisterre Ambassador Emily Penn to look back on the first leg of the journey, and over the coming months we'll be bringing you the story of the voyage, leg by leg.

In October 2019, the build up to departure started with a four day summit in London, gathering all of eXXpedition's ambassadors, guest crew and supporters to celebrate the launch of their most ambitious mission yet. With just one week before the departure, excitement was peaking and there was plenty of media attention on the crew from national and international broadcasters.

The first leg of the journey would take the crew from Plymouth to the islands of the Azores, which would provide the rest stop before they continued their transatlantic crossing to Antigua in the Bahamas.

The conditions were incredibly harsh and the crew had to endure days of unrelenting winds and rain. In fact, the weather was so violent that after just a few days at sea the multidisciplinary crew had to turn their skills to sail making in order to resuscitate the rigging on their 72ft vessel.

Before the weather took that turn for the worse though, the crew were able to get started on the main work of this expedition - the science! Studying the health of our oceans and the impact of plastics, microfibres and other toxins on these marine environments. The first samples were collected close to departure in Plymouth, and in this video Emily Penn goes through one such sample. These first samples were found to contain almost 100 fragments of plastic each, which is far higher than the scientists expected to find in an area that lies outside of an ocean gyre. Unsurprisingly, every single trawl sent out to the water came back with microplastic fragments.

After sailing 1,617 nautical miles upwind in unrelenting rains and winds, the 14 women onboard S.V. TravelEdge were weary, but had managed to keep smiling throughout their tempestuous journey. The crew arrived in São Miguel, Azores in the early hours of the morning on Monday October 21st and had a couple of hours to adjust to dry land and explore the town before heading to Expolab Science Center to share their firsthand experience with the media, local science partners and local government officials. Professor António Frias Martins, renowned Portuguese biologist and one of the founders of Explolab dubbed the crew "The new Darwin explorers" in his introduction, "not only discovering the beauty of the ocean, but trying to save it." High praise indeed, and warranted considering the vast undertaking these women had committed to.

Next time, we follow the eXXpedition crew from the safe harbour of the Azores, across the Atlantic to Antigua in the Caribbean, sailing across the North Atlantic Gyre. 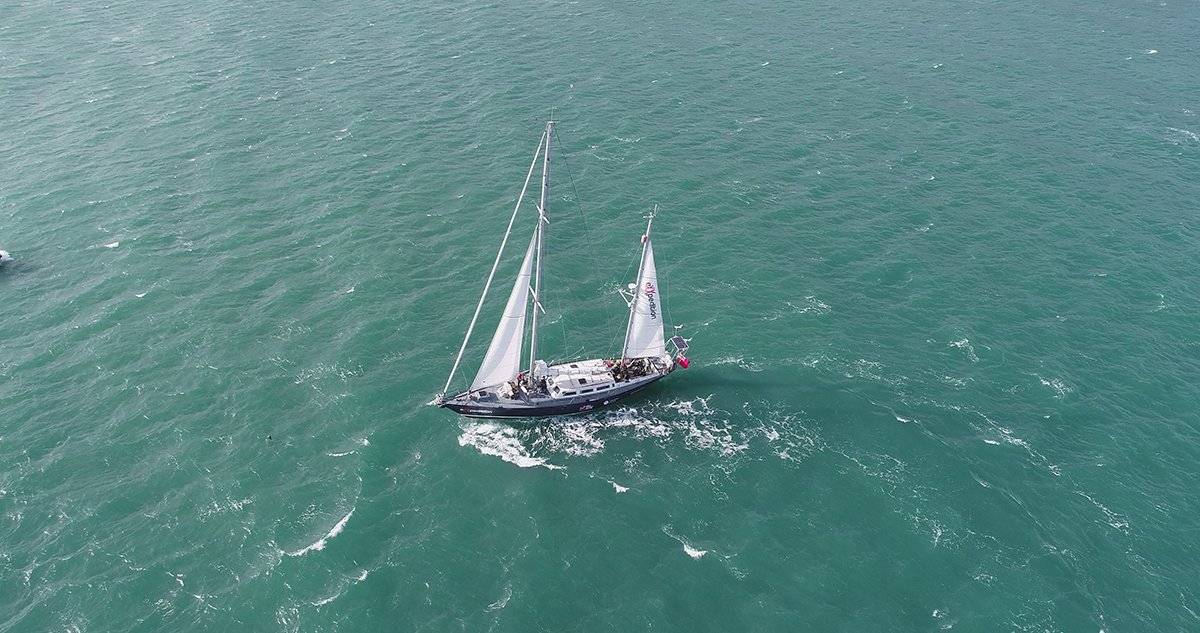