We’re often blown away by the people who make up our crew. Their passion and commitment – whether to Finisterre, their individual communities or the environment – can be truly inspiring. One such individual is Ruth Rayner, who works in our Brighton store.

A beacon of positive, bubbly energy, Ruth has been open water swimming every day for nearly two years. As she rapidly approaches her 730th day of consecutive swims, she speaks on the challenge she's undertaken and the charities she’s hoping to raise money for. 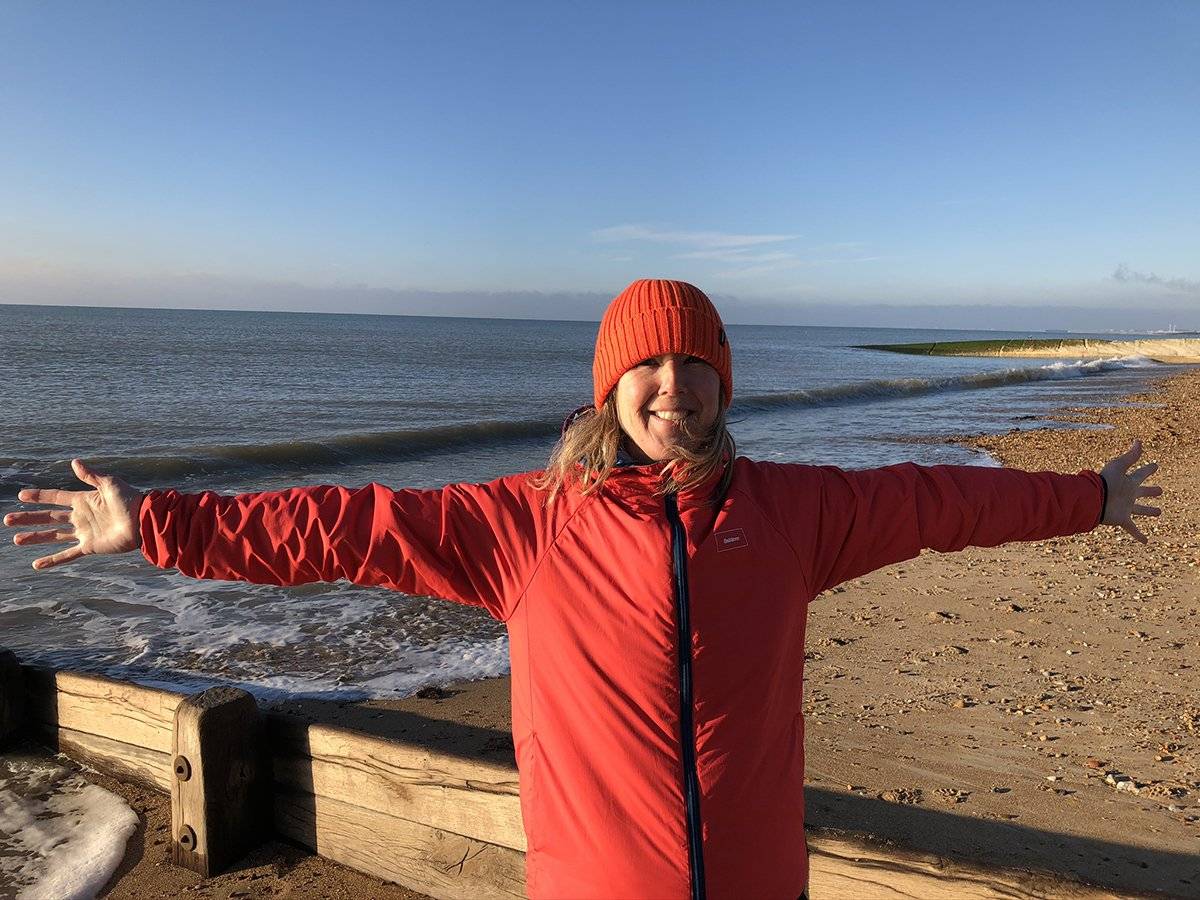 On Tuesday 15th March 2022, Ruth will have completed 800 swims in just 2 years. Raising funds for Alzheimers Society & the RNLI, you can donate to her fundraisers here.

I’ve been surfing on and off for the past 25 years and in May 2017, I started sea swimming. As a Salty Seabird, based in Brighton and Hove, I have swum through three winters and am almost out on the warmer side of my fourth. And in case you're wondering, no, it doesn't get easier. You just know what to expect and what to wear before and after to limit the pain!

On March 16th 2020, I began sea swimming every day. I didn’t set out to do it for any particular length of time but it became a part of my daily routine, my way of coping through unsettled times. February 2021 was particularly challenging as I lost my grandma and aunt within the space of two days. This meant I temporarily relocated to Yorkshire to be with my mum and found myself swimming in a local reservoir, in sub five degree water, every day for a month. I swam through snow blizzards, gale force winds and had to break the ice to get in the water on one particular day. It was brutal but it helped numb the pain of overwhelming grief. On March 15th 2021, somehow I had completed 365 days without a break and in just my cossie (and swimming hat). Thanks to everyone who donated, I raised £1900 for Alzheimer's Society and £965 for RNLI.

Of course, I was looking forward to the challenge ending as I was pretty tired and still battling with the early stages of grief. I needed time to adjust, process, rest... It soon became apparent though, that the only way I could adjust and process my emotions, was in the ocean. I was calm and things were clearer in there, so I carried on swimming. Every day. Now, although I'd said it was a one year challenge, many knew regardless of what I said (and truly believed), there was a high probability it would turn into a two year challenge. And they were right, as I am fast approaching March 15th 2022 when I will have reached my final (yes really!) goal. 730 consecutive days wild swimming. I will have swum 800 times within these 730 days. 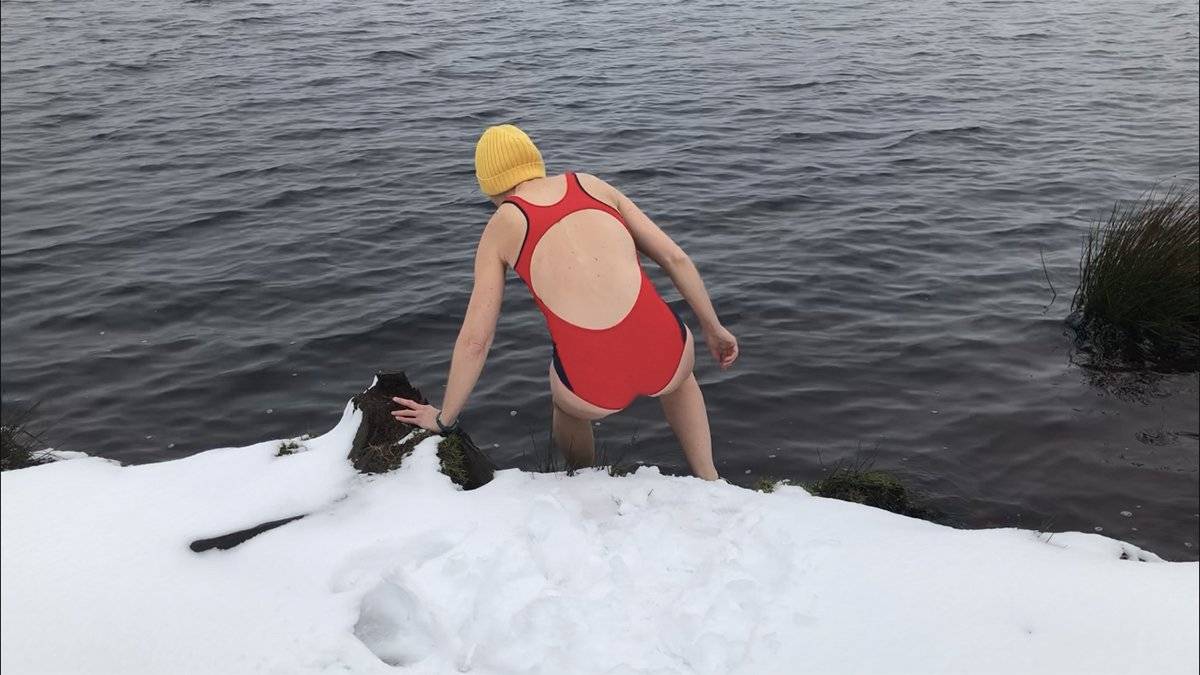 Year Two has seen more reservoir swimming (although mostly in the summer this time), quite a few night swims due to working away and not getting back until way after last light, plus some (non-Covid-19) health issues. My favourite swims are those when the charts say it’ll be huge, yet it’s a low spring tide. These are super fun, where the current is strong so you end up swimming on a treadmill, desperate to beat the current or at least stay in one place (to avoid the long walk of shame! Ha!) and when you get too tired, you can simply stand up. Luckily though, if my only window of opportunity is at high tide and the shore dump is too big, I can go to the nearby harbour at Shoreham. This ensures I can get in and out safely as I’ve never been a fan of getting stuck in the washing machine spin cycle, waiting to be spat out up the beach when the sea decides it’s time. Whatever the conditions, having the support of my mum and a core group of swim buddies has, without doubt, helped me get through this second year!

I’m going to take this opportunity again, to raise more money for the two charities during my final 31 days. I’m hoping we can beat last year's total.

As a surfer and sea swimmer, I know the dangers of the sea. Too many people are still drowning. More than ever, we need the RNLI’s help. As a charity, the RNLI depends on our donations so it can go on saving lives and keeping us and our loved ones safe. RNLI lifesavers are our lifeline. They’re the lifeboat crews who provide 24-hour search and rescue right around the UK and Ireland. The lifeguards keeping watch on 240 of the busiest beaches in the UK and Channel Islands. And the RNLI safety teams and educators working tirelessly to stop people getting into trouble in the first place. 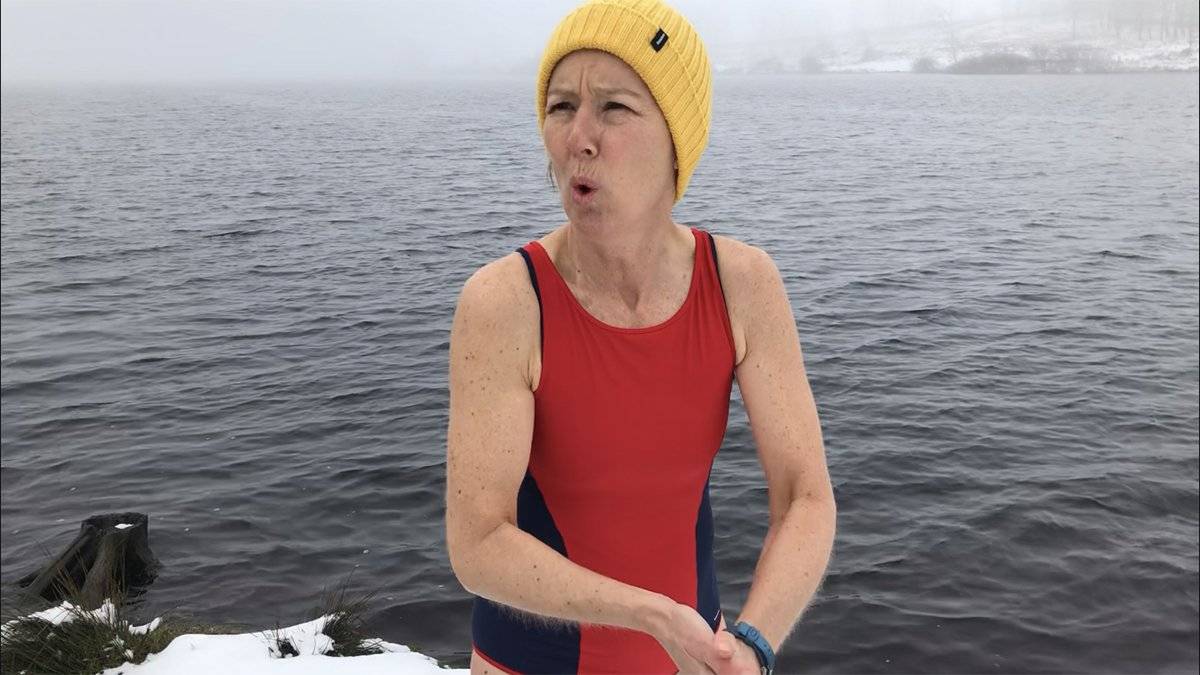 Grandma had Alzheimer’s and, although she died of Covid-19 (aged 95), this disease was not going to go away. She was a strong, capable lady and I am proud to say we always had an incredibly close bond. I have too many memories to mention but many involved swimming, from her taking me for my weekly lesson when I was small, to me teaching her to swim when I was a teenager. Treasured times. She was excited and proud that I was nearing the end of the 365 days of sea swimming (when she died) and I know she would have been overwhelmed by the support everyone showed. It's now incredibly important for me to complete this extended challenge, in her memory.

Alzheimer’s Society is transforming the landscape of dementia forever. Until the day they find a cure, they will create a society where those affected by dementia are supported and accepted, able to live in their community without fear or prejudice.

I'd like to take this opportunity to thank you, in advance, for your incredible support of these two charities.

On Tuesday 15th March 2022, Ruth will have completed 800 swims in just 2 years. Raising funds for Alzheimers Society & the RNLI, you can donate to her fundraisers here.