In February 2022, these three friends set off for Northern Nicaragua to explore their shared passion for coffee, surfing, and travel. Soil & Sand is a record of their journey, and they were kind enough to give us a sneak peek. 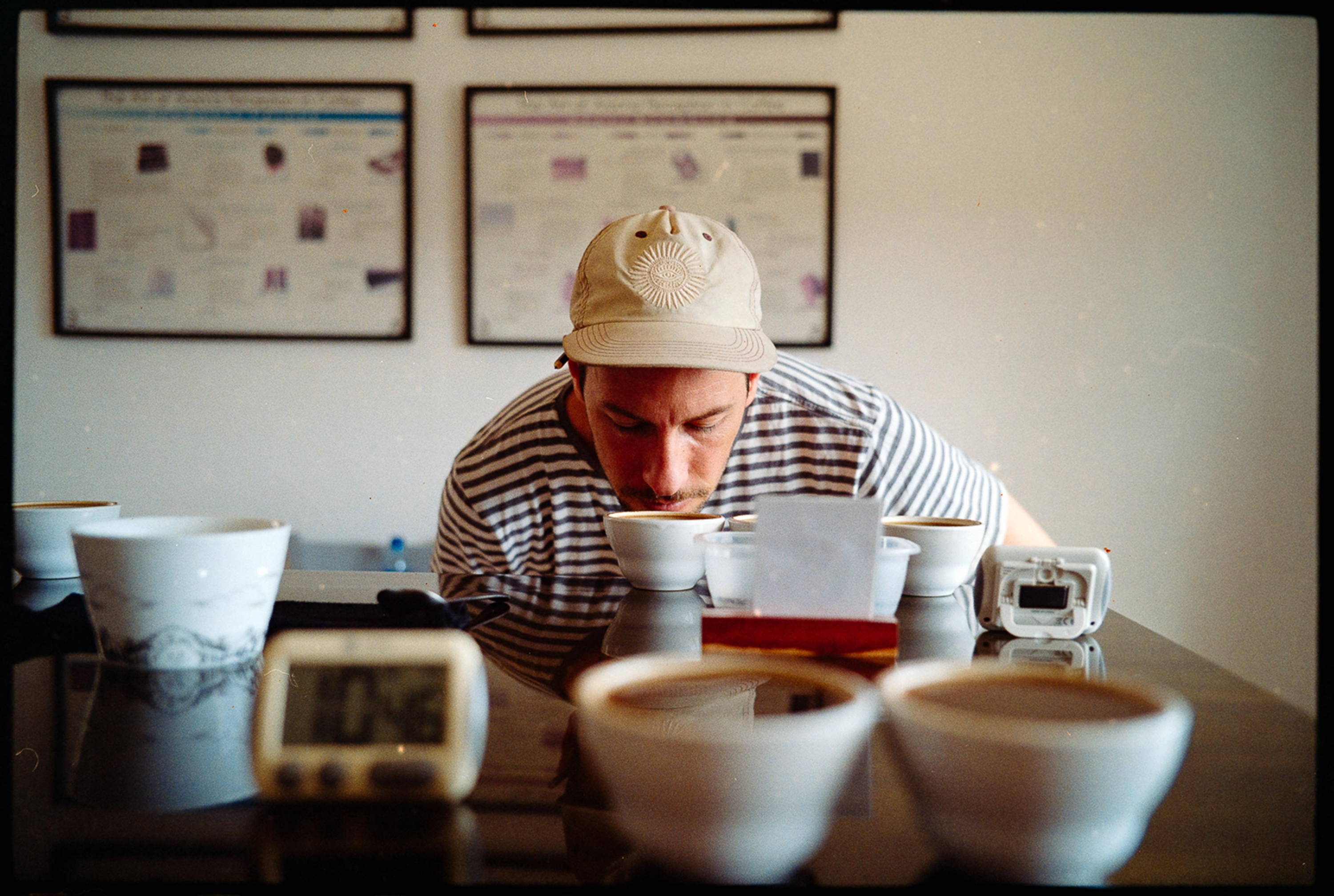 First, can you elaborate on how the project came about?

RICH - For me, the average coffee drinker’s perceived value of a cup is really important, and so we’re always looking to share knowledge and insight that might inform that. This project was a full collaboration, spawned from conversations James and I had on a previous trip. The idea was to join together all the different phases of the coffee’s journey – from seed to cup – and document that story. Then of course there was the surfing side, which has always been super exciting to me as well. I had an idea years ago to go on a sourcing trip with a professional surfer who had spent years travelling to coffee-producing countries, but had never seen anything of the industry, because they’d always just flown to the main airport, gone straight to the beach, and surfed. Really, this trip was an extension of that idea, and since Noah has a deep interest in coffee too, he seemed like a great fit.

JAMES - I’ve known Rich for quite a while, and I’ve always been interested in joining him for a sourcing trip to Nicaragua, as it’s somewhere I’ve visited before and is close to my heart. Surfing is how I initially connected with both him and Noah, and this project seemed like a great way to collaborate and bring all of our shared passions together. 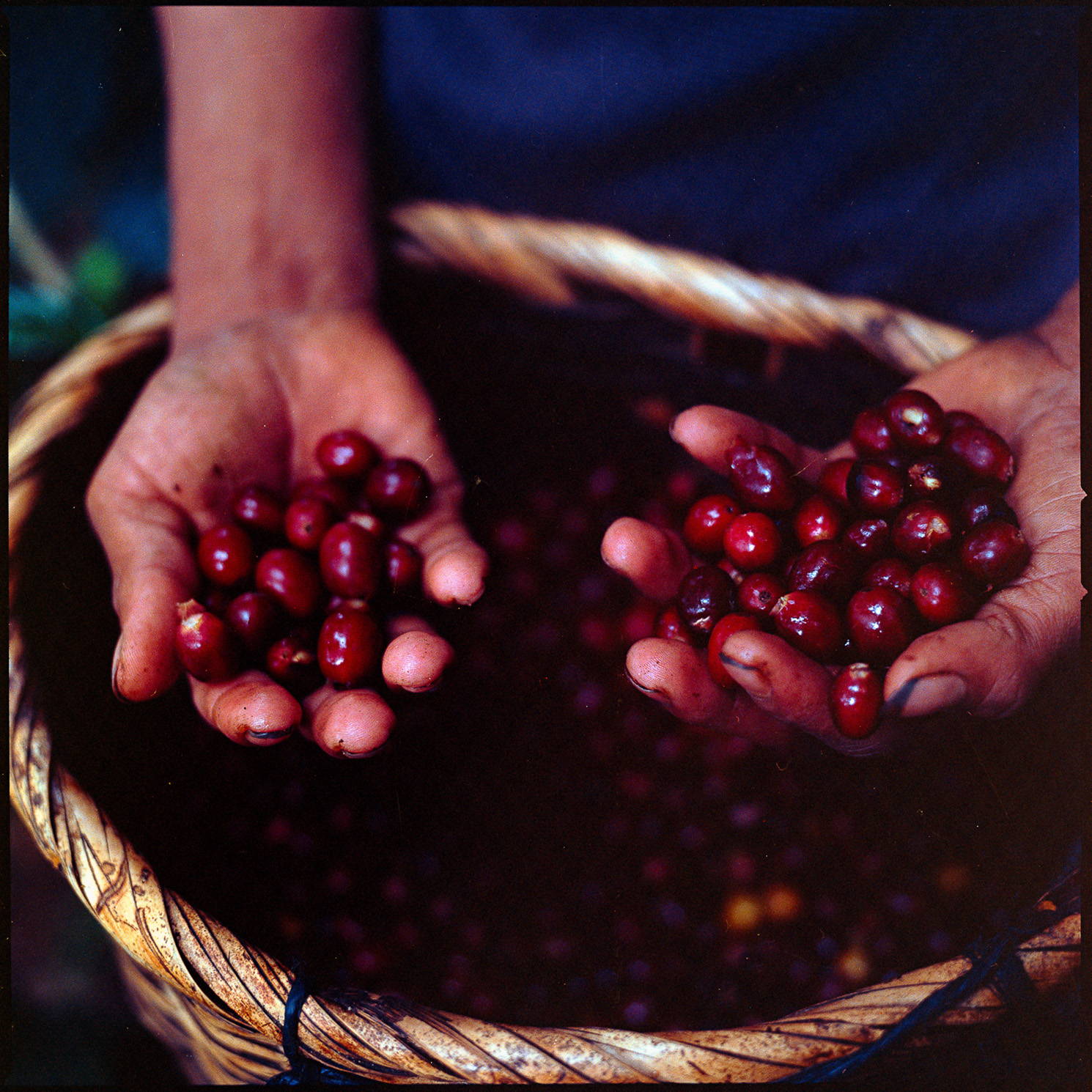 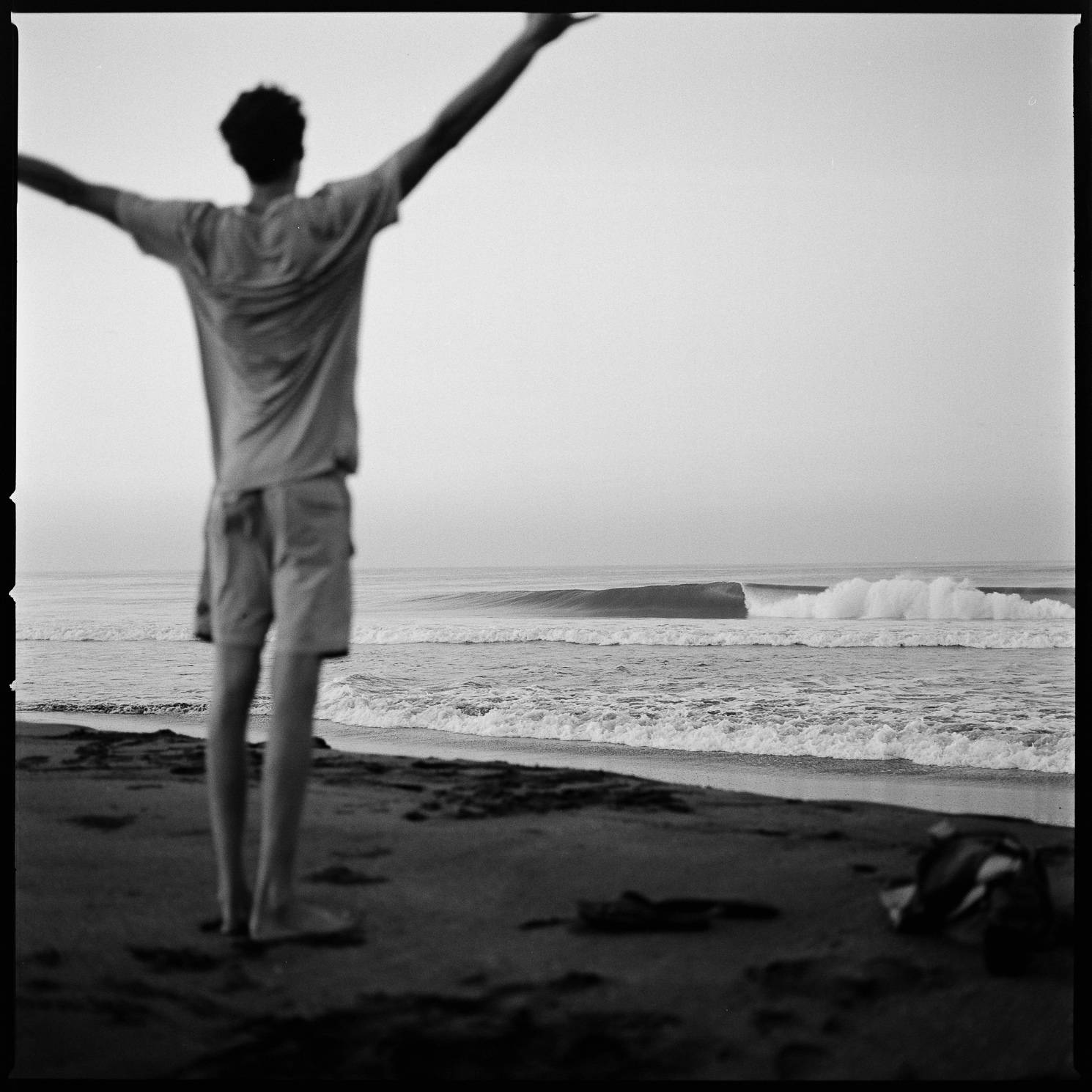 Noah, tell me about how the perspective gained from the trip has informed your interactions with customers?

NOAH - Part of setting up a specialty coffee shop and cafe in Bundoran was to improve the offering locally. We want to use our business as a force for good through community, food and of course coffee. The main conversations I’ve always had around specialty coffee are about the quality of the product and the fact it’s better for farmers, workers and the environment. But during the trip, I found it super eye-opening to see just how difficult the whole process is for the people at the other end of the chain. Now, if someone says, ‘your coffee is expensive’, it almost makes me mad, because I want to say, ‘you don’t even understand how poor the people are at the other end.’ The production process is so complicated and labour intensive and I don’t know how to distill that into a really bitesize response, so I just stick with: ‘by paying more the person at the other end benefits and you get a better cup of coffee because of it.’ 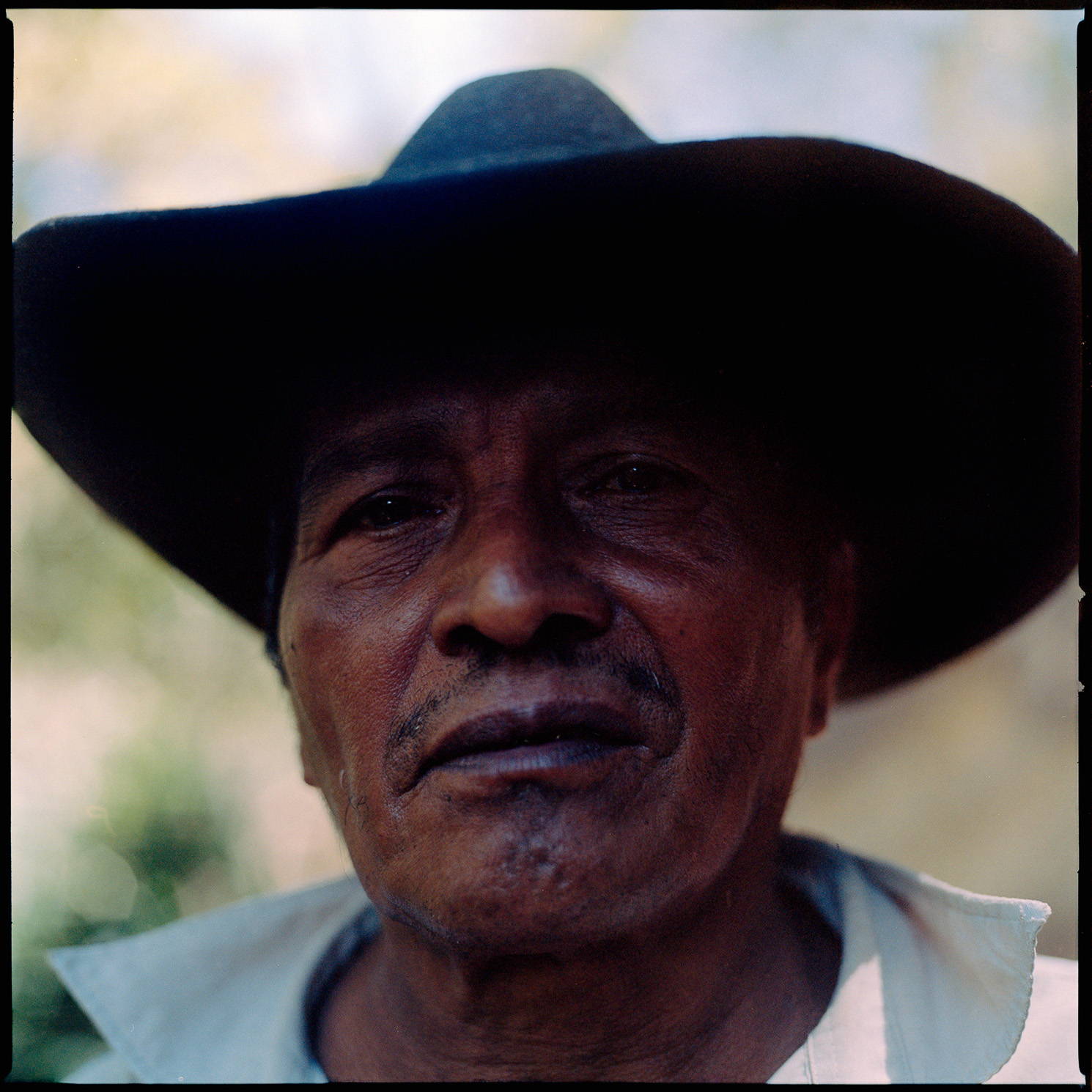 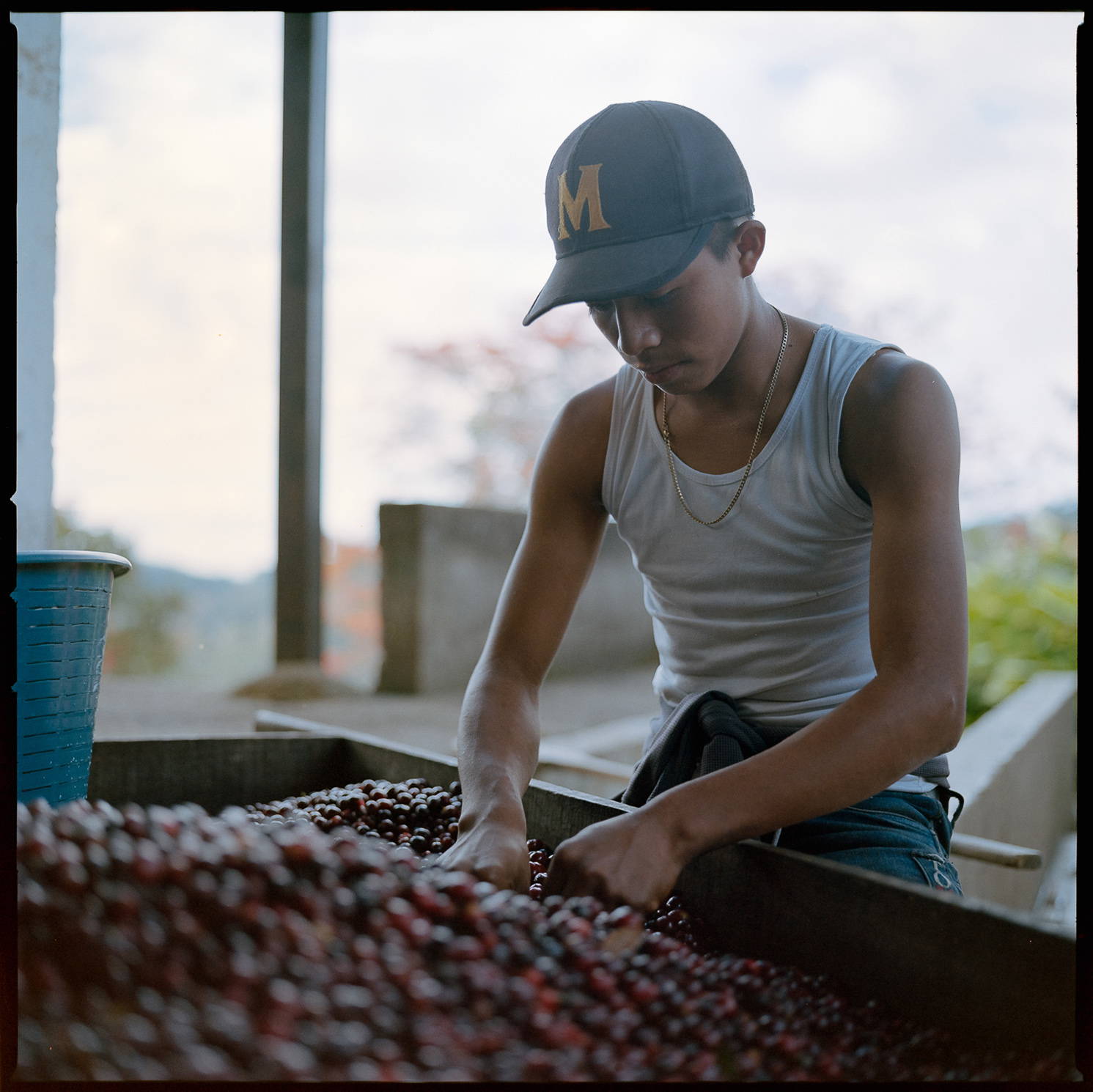 How did spending time up in the mountains and learning about the country from the perspective of coffee industry workers change the overall experience?

NOAH - For me, it gave the trip a lot more purpose, because we were able to engage with a massive part of the country you wouldn’t normally visit if you were just on a surf holiday. It showed me that, most of the time, when you go on a foreign surf trip, you’re on what is essentially a luxury holiday.

RICH - And what a false impression of the country you get...

NOAH - Yeah. You could go to a coastal area in South or Central America and you might think it’s lovely, but you’re detached from the reality in the rest of the country because you’re somewhere built on a completely different industry. Surfing was a nice vehicle to get us there, but going into the mountains and watching how hard people were grafting definitely put it into perspective.

RICH - Especially because that part was quite hard-hitting. We learnt a lot about the precariousness of workers’ livelihoods, political oppression and the lack of social mobility in Nicaragua – all issues with no obvious solution.

Soil+Sand_V6_SMALL.mp4 from Yallah Coffee on Vimeo.

After that, it feels frivolous to ask what the waves were like?

RICH - Do you want the stoked-out James Bowden version?

JAMES - (laughs) There was a journey with the waves just as there was with the coffee and the photography – it was a bit of an emotional rollercoaster! We’d all been to this particular surf spot before and had different experiences, with good waves and bad waves. I’d previously had a very positive experience, but when we got there, the guy we were staying with told us the sandbars were a little bit weird and he’s usually pretty optimistic! He said, ‘they’re a bit backwashy, but there’s sometimes a window of about half an hour when the waves are good.’ And we thought, ‘ah it can’t be that bad,’ but it turned out it was pretty bad.

RICH - Again though, that was a blessing, because we ended up cruising along the beach, sometimes finding alright waves, sometimes just cruising.

NOAH - It meant we went to loads of places we probably wouldn’t have gone to.

JAMES - For sure. It’s my fourth time to that particular area and I’d surfed a few waves around there, but generally, you get focussed in on the best spot. But this time, we started exploring the miles of coast around it and finding all these fun little waves which we could surf on our own.

NOAH - The last day was the best. We drove a few kilometres up the beach, didn’t see anyone and there was no one for kilometres to see. It was really fun. James was just out there for hours....

JAMES - It was kind of what you picture when you think about surfing in Nicaragua. Just a beach with no one around. Hotter than you can imagine, offshore most of the day, fun peaky beach breaks! It was an amazing way to end the trip. 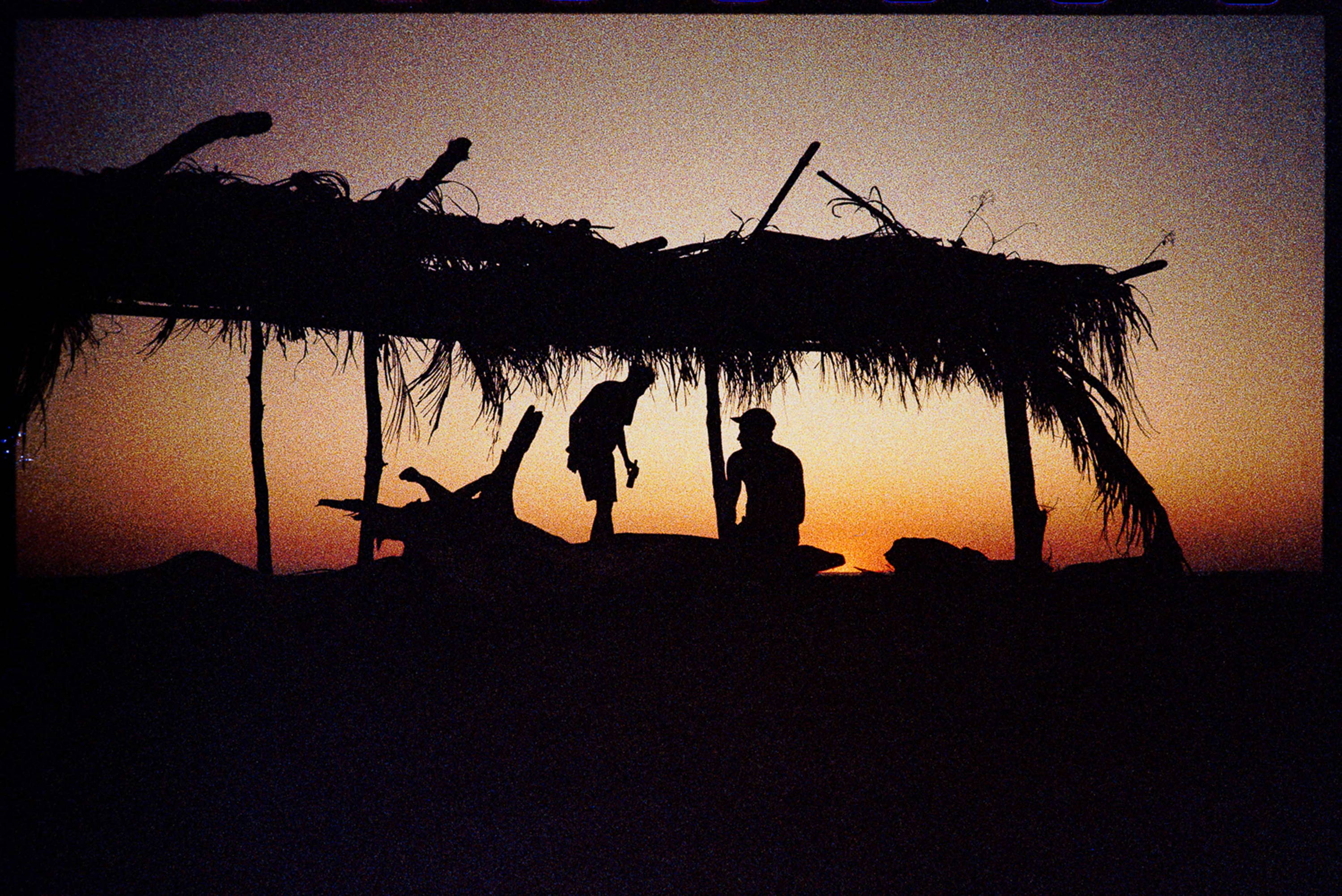 The above is just a small excerpt from Soil & Sand.