The Broadcast / The Get Exploring Trust

The Get Exploring Trust

Founded in 2016, the Get Exploring Trust provides the opportunity for young people from disadvantaged backgrounds to access the outdoors – as well as the remarkable benefits these experiences can have on one’s physical and mental wellbeing.

In the midst of a global pandemic, the Get Exploring Trust linked up with Finisterre Founder Tom Kay to provide a first time experience to a group of young adults from Tower Hamlets, many of whom had never had the chance to leave London before.

Images courtesy of the Get Exploring Trust 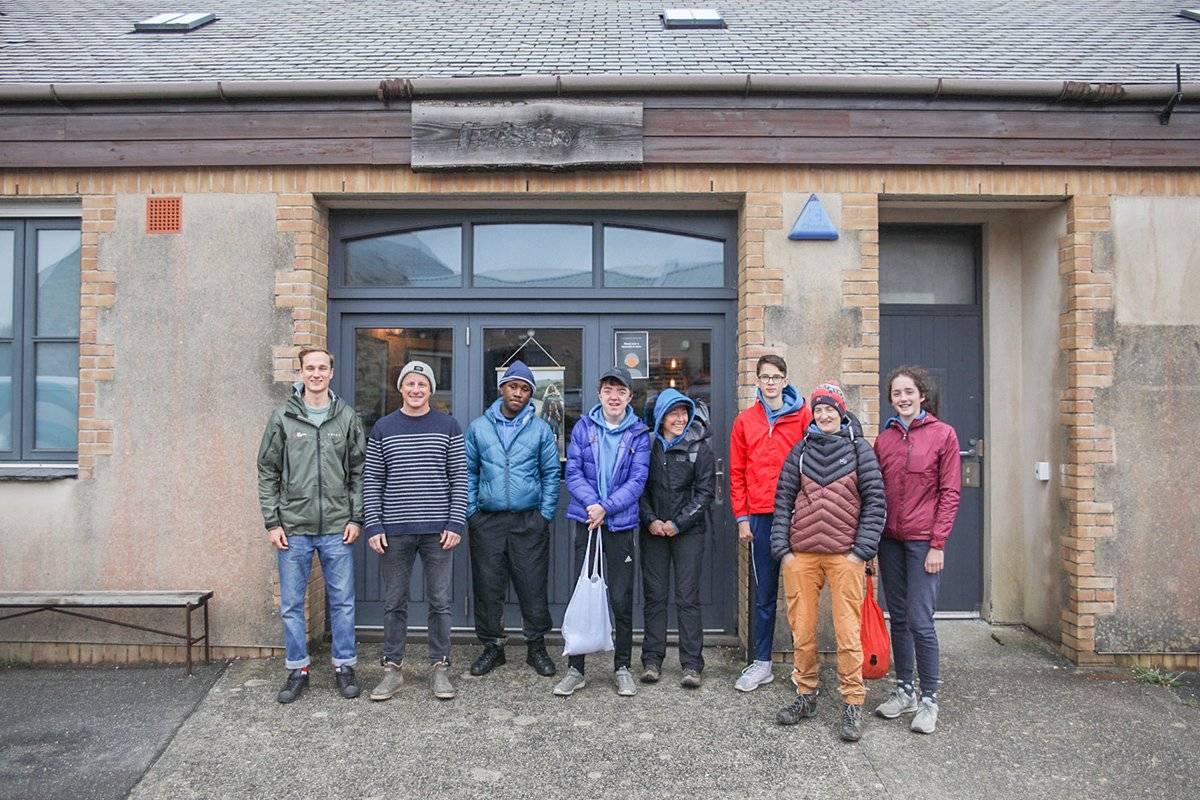 “I loved the greenery and the countryside and it was nice to breathe the fresh air, it was somewhere so different from where I live.”

Since its inception, the Get Exploring Trust has supported over 100 young people – from funding trips in Wales and Cornwall, to the jungles of South America and the mountains of Morocco. With remarkably little funding in the majority of the London boroughs, GET has targeted and partnered up with those most in need and organised trips to give many a first time experience of the outdoors.

As a small charity still very much in its infancy, the charity is lucky enough to be able to give all of its fundraising donations directly to organising, allowing kids to partake in these trips. At a time where the importance of the outdoors, and the benefits it can have on our mental and physical well-being, are becoming increasingly apparent, the need and desire from all involved to make this particular trip a success was clear.

Following the sleeper train and a 20km coastal hike (in the tail end of storm Aiden!) from Redruth to St. Agnes on day 1, the team arrived at Finisterre and were immediately in good hands. Tom Kay, the founder, spoke to the group and shared stories of how his passion for the outdoors and exposure as a youngster had led to his commitment to making an innovative product that captured the brand’s ethos of functional, sustainable, and environmentally friendly clothing. The kids were hugely impressed by the set-up and particularly eager to learn how a certified B Corporation works. 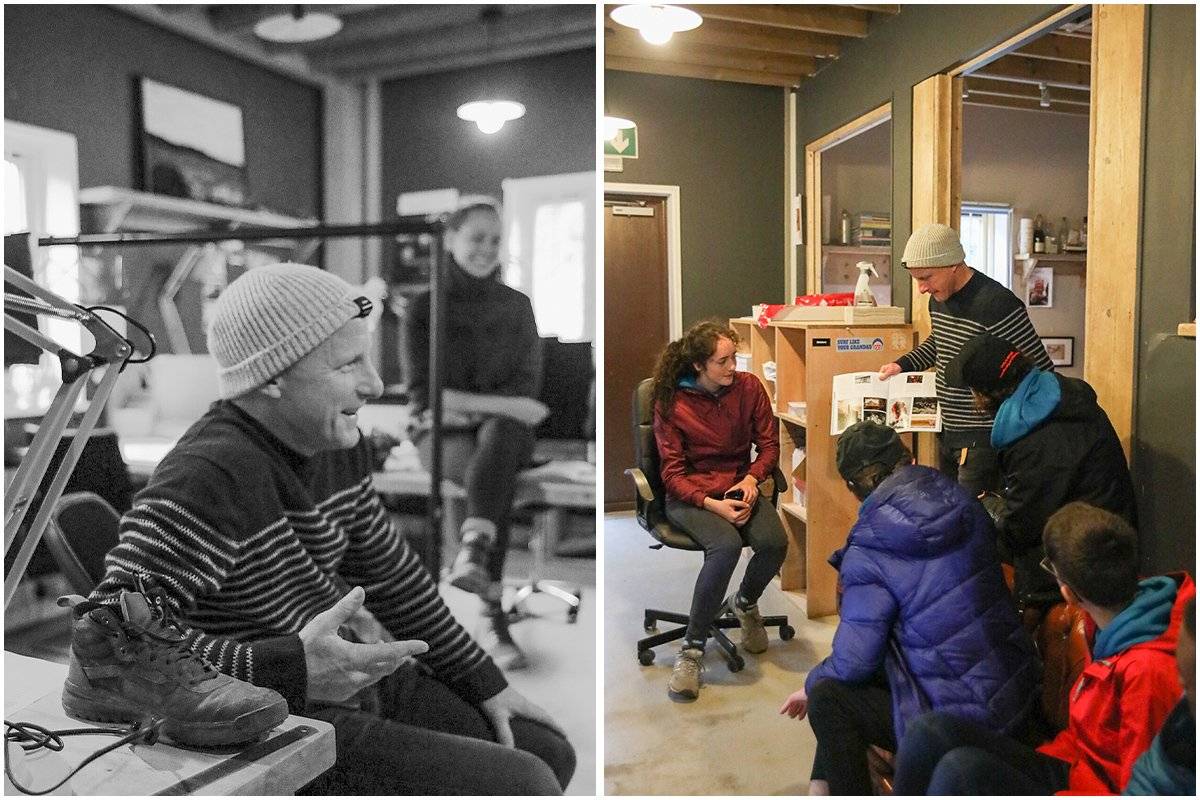 “It was fascinating to learn how the Finisterre clothing company makes eco-friendly products.”

Tom’s move from the concrete jungle of London down to St. Agnes certainly lit up the eyes of members of the group as they slowly became accustomed to a whole new way of working and living. Tom continued to show the group around the workshop and delved into how the products were constructed, and the brand’s desire to give back. The similarities between Finisterre’s ethos and the Get Exploring Trust’s goal to inspire and help young people get outside were a great fit and the group were inspired by Finisterre’s story.

As a volunteer with the St. Agnes RNLI crew for the last 17 years, the group were also keen to hear Tom’s experiences of the sea, and were even given the exciting opportunity to have a look around the St. Agnes lifeboat station. Everyone was fascinated by the incredible life-saving work the volunteers do, and the types of emergencies that the RNLI respond to. It was a fantastic opportunity to learn about the powers of the ocean and the respect needed for our seas. 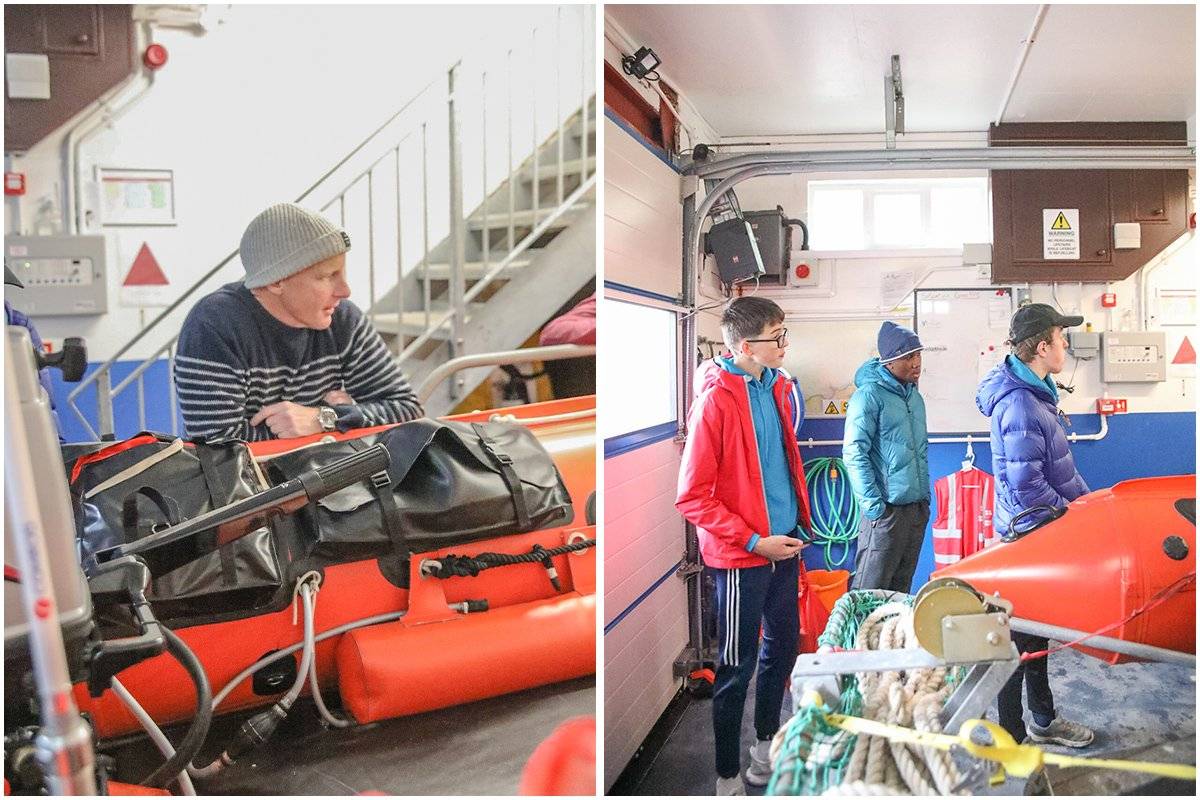 Unfortunately the remnants of storm Aiden cancelled the team’s afternoon surf lesson. A disappointing occurrence but no huge surprise give the size of the swell! The group made up for the disappointment with a warming drink and, in what was a first for many, a freshly baked Cornish pasty.

The remainder of the trip included many a hike, a couple of days working on Mount Pleasant Eco Park and a day at the brilliant Eden project. The Biome at the Eden project proved particularly popular, learning about all the crops that grow in different environments and the huge orange and lemon trees. As the trip drew to a close, the group undertook a beautiful walk in the dark to St. Austell station, observing owls and local wildlife as they headed to their destination. 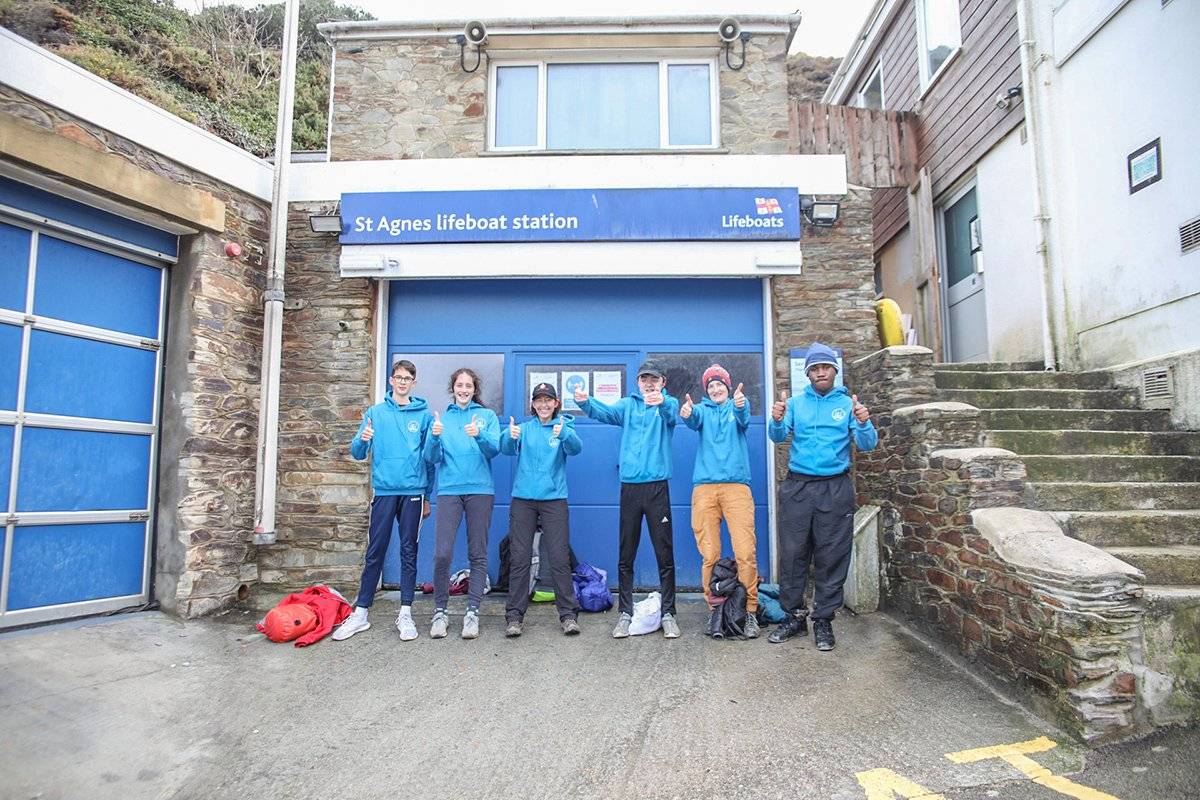 The below quotes summarise the group’s and parent’s experiences from Cornwall and they would like to extend a huge thank you to the whole team at Finisterre, the Get Exploring Trust, and the Tower Hamlets youth workers.

“I really enjoyed the trip to Cornwall because I was able to see some amazing sights that I had never seen before, I realised the power of nature and I was pushed to things I didn’t know I could do!”

“This trip gave them the opportunity to experience many new things and pushed themselves to limits that they had never tried before. The children also learnt more about working in a team, helping one another, and have new friends that they continue to keep in contact with. Thank you so much for making this trip possible” 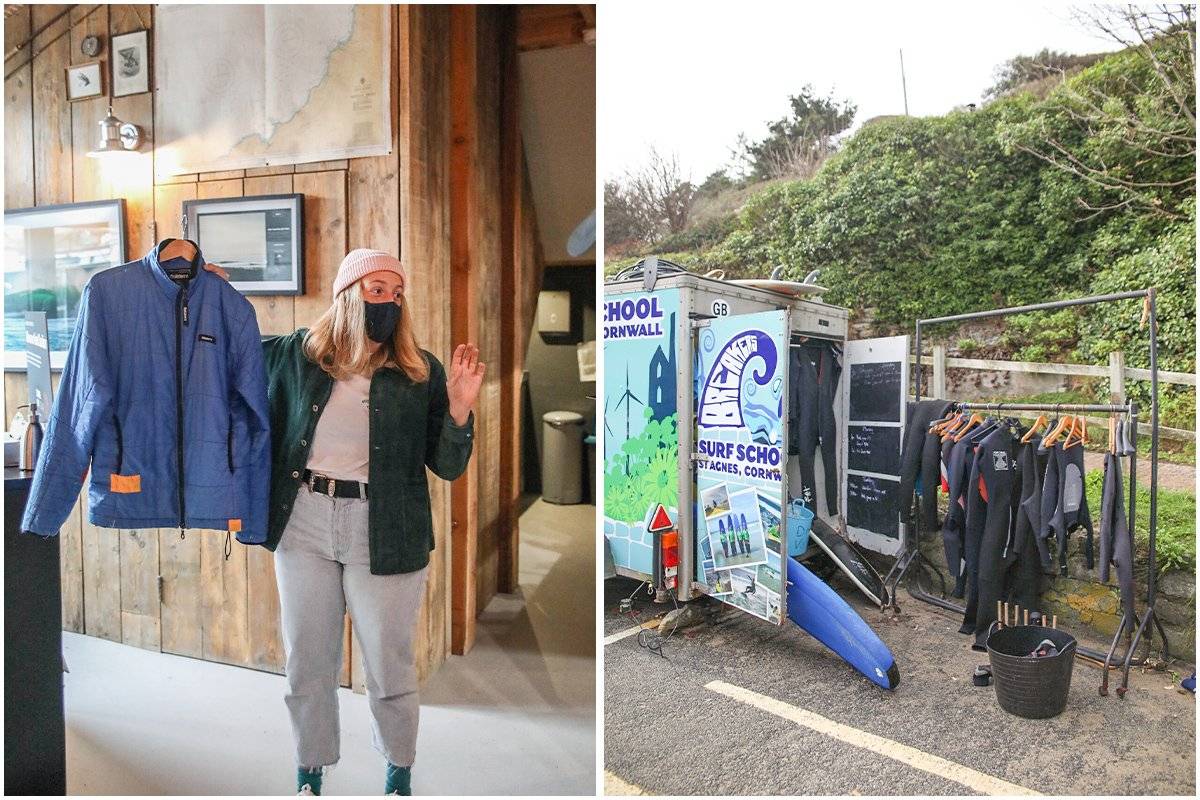 “Going on this trip has made me realise so many things. At first I thought I might not enjoy it but I didn't know what to expect. When we started doing the first activity it was tiring bit I did it and I was very proud of myself. All of this just made me want to keep going and I was always looking forward to the next day and to complete the next activity, It just made me feel that I'm a strong man and I can do this”

“Having spoken to him on the first day I heard in his voice how confident he spoke about everything, especially not knowing many of the group. It shows going on these kinds of trips gives a child the upper hand and it just makes them feel so independent. Since coming home I’ve seen such a change in him, thank you so much to all involved” 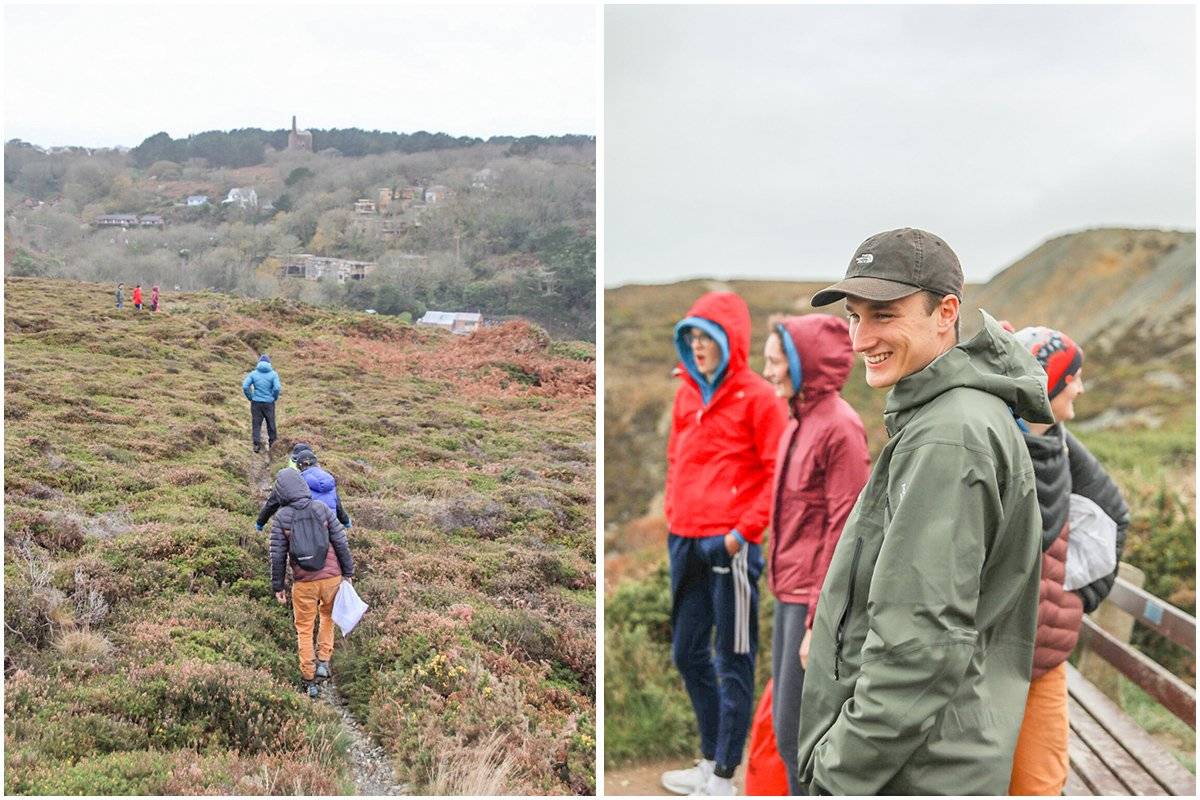 To learn more about the Get Exploring Trust, to see how you could support or get involved, visit getexploringtrust.com