The Broadcast / Under My Own Steam | Vedangi Kulkarni

Under My Own Steam | Vedangi Kulkarni

At the age of 19, Vedangi Kulkarni set off to pedal her way across the globe. At 20, she completed that journey to become ‘unofficially’ the youngest woman to cycle around the world solo. A monumental feat, all the more impressive when you hear how that story started…

After joining our recent Bikepacking Microadventure, we sat down with Vedangi to hear how she got into cycling, what inspired her globe-trotting adventure and how, after only learning to swim at 21, she’s now building wild swim stops into every cycle route she plans. 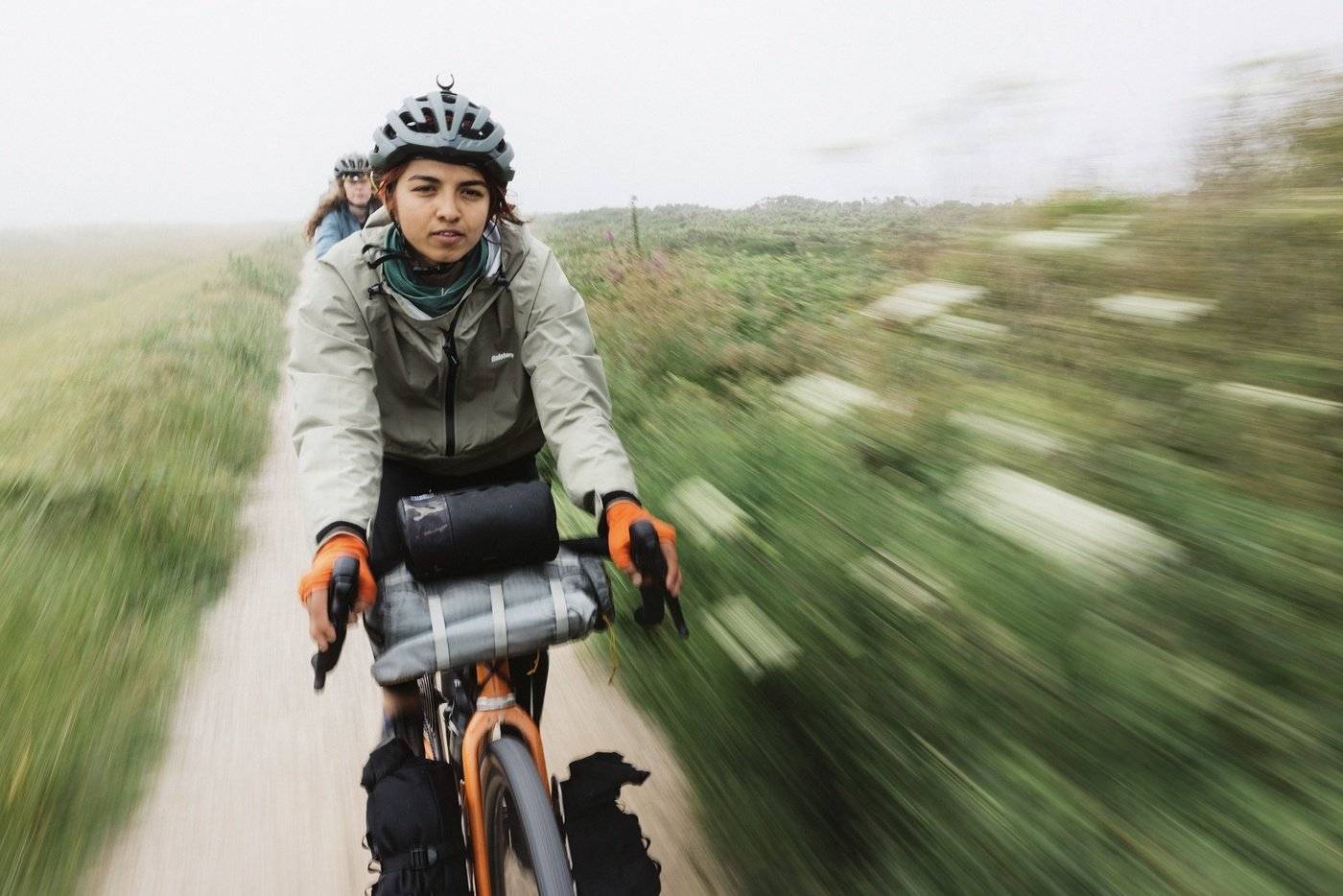 Cycling round the world at 20 years old is a huge achievement. How did you get into long distance rides and is cycling always something you’ve wanted to do?

I grew up in India for the first 18 years if my life. I used to play football professionally, so I was already in complete athlete mode, playing at nationals. We used to train at this place which was about 25km away from my house, and I basically started riding to training because I was fed up of being crammed in on a bus. So instead, I chose to ride to training and back. And I found that I could do that quite easily. It was actually kind of fun.

So then after that I decided to go for a short ride in the Indian Himalayas – it was like a 60km ride over three days. Anyway, I realised; that’s not enough… that was a short distance for me! I met some people who were like, “you seem to really like this, why don’t you do the longer version? There’s this route that goes all the way across the Indian Himalayas, and we think you can do it.” So I’m like, “Oh my god, yes, yes, yes! Go on then, I want to do it.”

Anyway, it was a 750-800km journey. And as a 17-year-old, that distance didn’t really phase me either. I didn’t know what I was doing. I didn’t know anything about elevations, so I didn’t even factor them in until my dad told me to! When I got back from doing this, people were making a really big deal out of it, and I just didn’t understand. There were stories in the newspapers and my dad created this collage on a pin board with all the clippings. And I just thought, this is no big deal – people do it in groups all the time!

So how did that then lead you to the UK and what you’re doing now?

I came over with a goal to do a degree in sports management at Bournemouth uni. But when I came here I realised I knew nobody, and I was here without my parents, after they had hopefully told me to try and make a life here. So that was a lot for a just-turned-adult.

The first thing I did was assemble my bike and go for a ride. It was all a really strange situation, but my way to cope with it was riding my bike. I used to ride from Bournemouth to Portsmouth and back overnight, just so I could do those long rides. And then I would come back and be like, “oh, now I have to do my lectures…”

I decided I was going to do this thing called London-Edinburgh-London, back in 2017. Which is meant to be a 1400km ride to be done in 5 days. But what ended up happening was that I didn’t know how to train for it. I had this £100-worth bike and had to figure out what this whole bikepacking thing was. Anyway, I went on a trial 400km ride, which turned into a 1600km ride across the country… And that was the beginning of life for me. Everything I do now, that was the ride that started it. 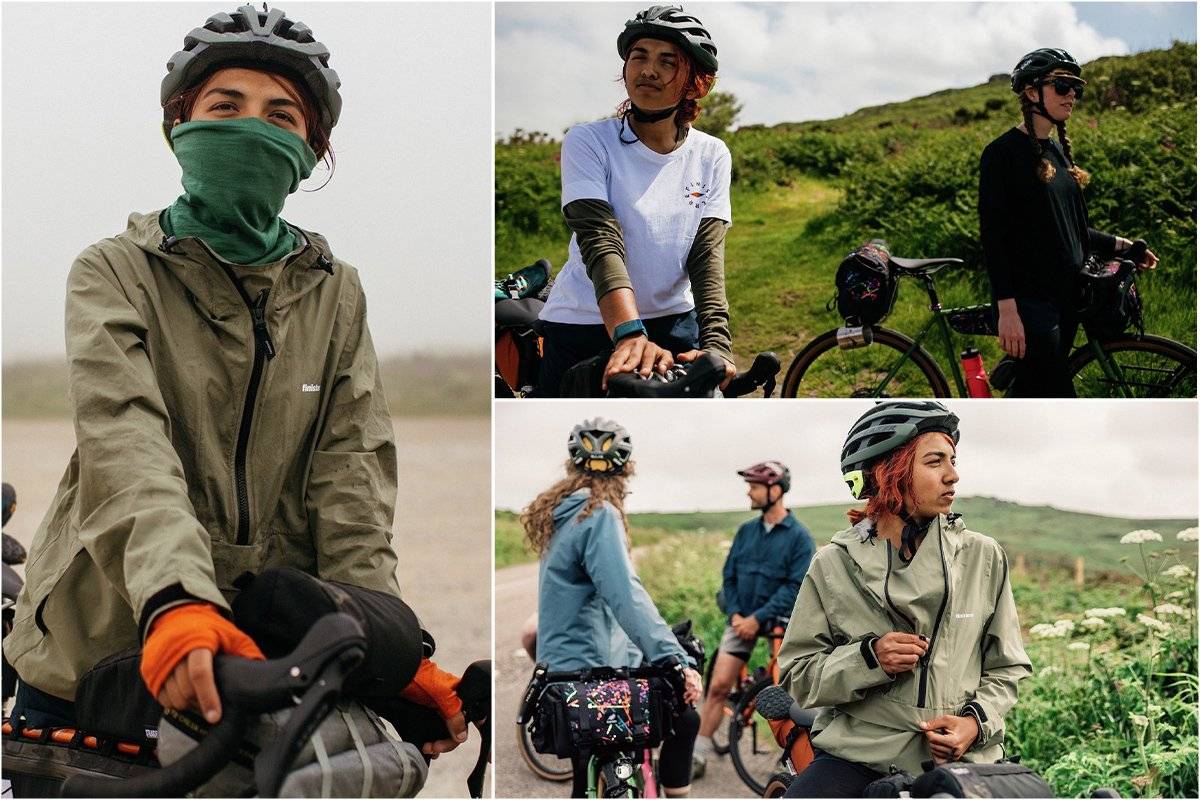 Wow, that’s one hell of a diversion… what happened?

It was just meant to be a Bournemouth-London-Bournemouth ride. I was in this village in Hampshire, and I had stopped to fix my bike. A few hours later I realised that I’d been there for far too long and needed to stop for the day. But I’m in a village in the middle of nowhere, so I just knocked on this door and the woman ended up inviting me in. I was chatting to her and her family, and her husband asks me, “where are you heading?” He puts this map down in front of me, and I got a bit overwhelmed, so I pointed at the northern most point on the UK mainland, John O’Groats… And then they asked me what my route was, and I had no idea, so I just looked at all the cities in the middle. That’s how bad I was.

I ended up doing exactly the route I showed them, through all the cities… You know what? Forget cycling 1600km, that’s fine. Anyone can do that! Cycling through the middle of Birmingham, on your first ever solo long bike ride? No. Just no!

I was reading a book called This Road I Ride by Juliana Buhring, the first woman to set the record for circumnavigating the globe by bike, and it made me wonder if I had it in me. I got all the way to John O’Groats, and just thought… I don’t even have enough stuff, everything on my bike is a bodge, my whole set up is a bodge. If I can make it this far with just that – and I’d just convinced the train company to give me a half-price ticket – then I think I could convince more people to help me with more stuff, and I could maybe do a trip round the world. 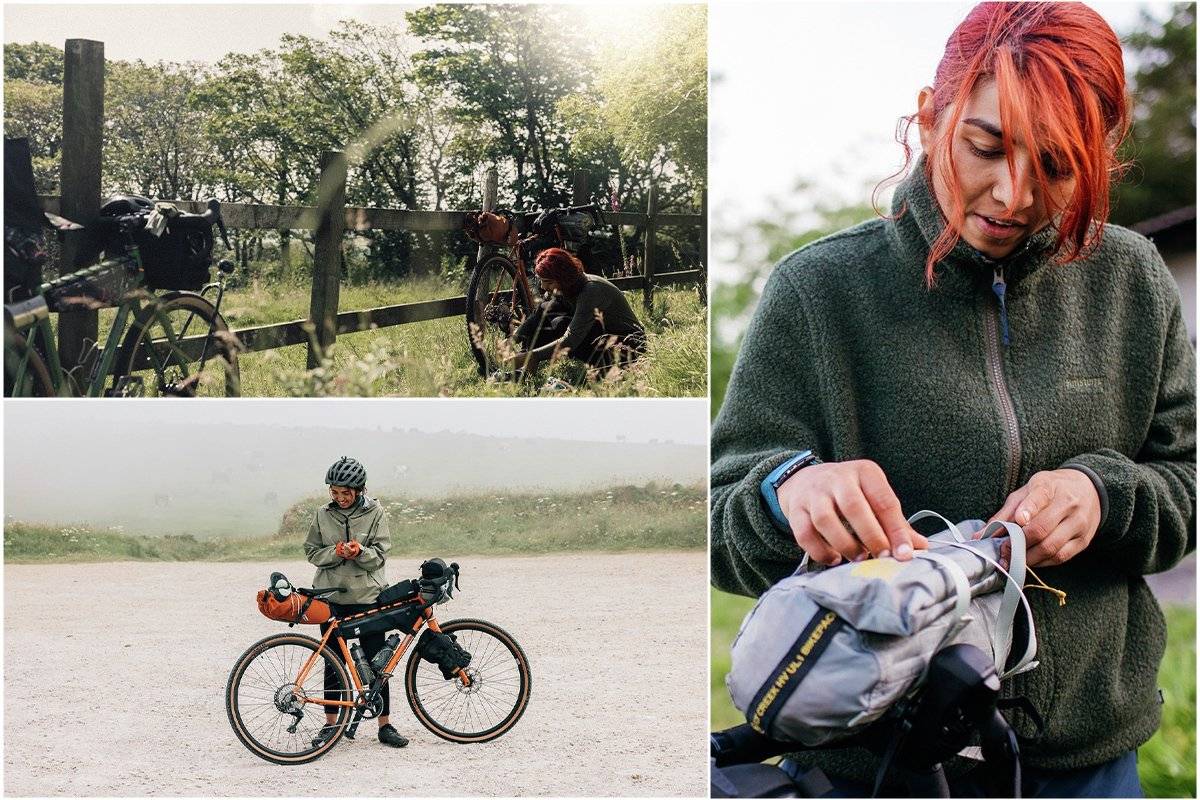 We saw that it says you are ‘unofficially’ the youngest woman to cycle round the world. How come it’s unofficial?

Ah, that’s because I lost all my evidence of doing the ride… it’s a bit of a painful story. I got mugged at knifepoint in Spain. I was beaten up, I got a severe concussion, bruised ribs, etc. It was a huge mess, and there were a lot of things that were taken; including the hard drive where I had stored everything. 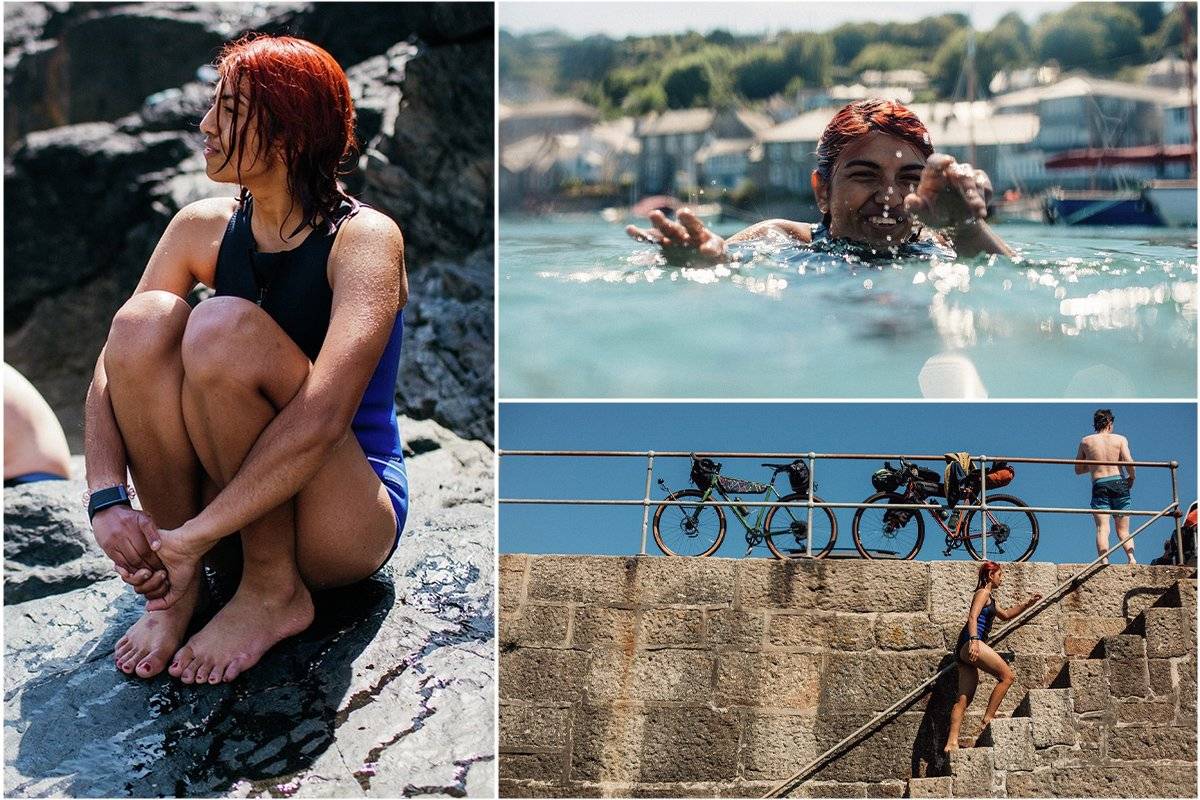 More recently you’ve been doing a lot of sea swimming alongside your riding – how did that come about?

Interestingly, until early 2020, I did not know how to swim! I didn’t know that people went beyond waist depth when they go in the sea. I went to watch my housemate, and it was a revelation that she went all the way out to the bouy and back. Eventually I started going regularly with her and a couple of other friends, and they would teach me. They literally had me on my stomach in the sand, showing me the moves I was going to do.

So, I learned to swim and then the whole of 2020, that’s what kept me sane. I went almost every day through the winter. For about 120 days I was swimming every single day, even if it was snowing outside. And that was all in the sea.

It’s been a revelation. Now I really identify with wild swimming, and every time I go out on my bike I’m looking for rivers or lakes to swim in. I literally factor it into the route planning, actively making sure that every ride I go on that’s meant to be adventurous has a swim involved. Because that’s just how it works now.