As we continue 'living la vida lockdown' here in the UK, what better way to keep the boredom at bay than with some waveriding inspiration to get you mind-surfing in your living room?

A stylish and acclaimed longboarder, as well as the newest member of our ambassador team, we asked Mike Lay to give us a run down of some of the surf films that have influenced his own surfing journey, and he was happy to oblige. There's some classics in here, and plenty to seek out for an entertaining watch. Read on... 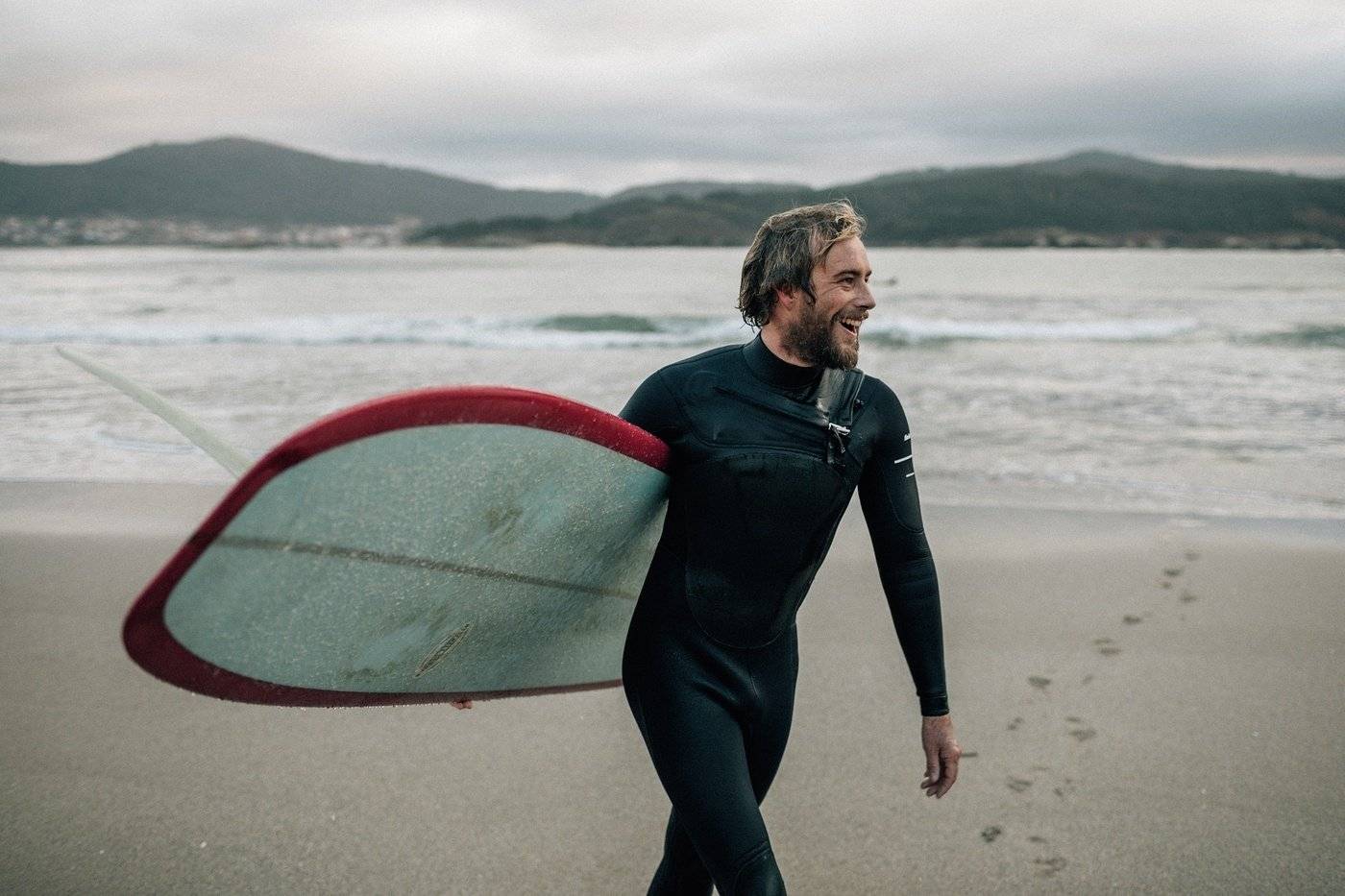 As a teenager I would watch surf films hundreds of times over, I would stand in surf shops fawning over the DVD's in the glass cabinets, deciding on which one I would ask for for Christmas or a birthday. Here are a few films that influenced me the most, both in the direction of my surfing and the nature of the work I would be involved in later in life.

I think this was the first proper surf film I watched, a DVD lent to me in the carpark at Sennen. It follows a yellow longboard shaped by Tyler Hatzikian around the world as it is passed from surfer to surfer. Starting with Tyler and Devon Howard in California then on to the likes of Beau Young and Bonga Perkins among others. Tyler came to visit Sennen a year later and the first seed was planted of broadened horizons and my place in the world. He shook my hand and told me to keep surfing and I was thrilled.

The second of Thomas Campbell's films but the first that I was aware of. As an impressionable teenager Sprout provided me with a cast of characters to emulate both in and out of the water. Surfers like Joel Tudor, Dane Peterson, CJ Nelson and Belinda Baggs seemed impossibly good at surfing and impossibly stylish. I have rewatched this film more than any other, so meeting and becoming friends with a few of those involved has been a real honour and often felt like a dream.

Matt and I went halves on the DVD from South Shore surf shop in Penzance but Litmus took me a while to appreciate, as it did the surfing community at large. Used to the often saccharine offerings of the burgeoning longboard revival, all boardshorts and lightbursts, I was unprepared for the grunting imperfection and heroin animations of Litmus. Having developed my own relationship with surfing I now view this masterpiece in a different light. From the rambling monologues and iconic style of Derrick Hynd to the muscular and lonely performance of Joel Fitzgerald in Ireland, the film is a delight.

Full film available... err... somewhere? (Let us know if you find it online!)

A surreal combination of A-list actors before they were stars, West Cornish locations and the purity of pre-internet surfing. I was one of the last generations not to have grown up without a ubiquitous internet and to me Blue Juice represents, in the very best tradition of Hollywood surf adaptations, the joy that there was in ignorance. While the plot is as unlikely as the transitions between paddle outs and actual wave riding, it is a cult classic and thoroughly enjoyable watch, especially for those familiar with the Cornish landscape.

Full film available on Amazon (free if you're a Prime customer!)

Not sure on the etiquette of including one of my own, but this film certainly felt significant. This was the first project that I had helped to organise since becoming a full time surfer with Reef. Directed by friend of Finisterre Luke Pilbeam and including Nick Pumphrey, Elsie Pinnegar and Jack Whitefield, the loose idea for the trip was to trace the passage of the camino de Santiago, surfing along the way. The surf was generally poor, really small and often windy, but the trip became a sort of personal blueprint of how to make the most of a trip. Since its release in 2016 it has rumbled along and had tens of thousands of views and whilst it's always a grating experience to listen to one's own voice, I still enjoy the tone of the film that Luke managed to achieve.