The Broadcast / Phil Young: New Lenses On The Landscape

Despite the irrefutable right of everyone to experience the wonder of the outdoors, cultural barriers still exist.

Phil Young, founder of the Outsiders Project, has used his extensive background in action sports to become an advocate for diversity in the outdoors. On a recent trip to Wales, we sat down with Phil for an in-depth conversation about what more can be done to make the outdoors accessible to all.

I remember, down at the local beach, getting on a belly board and catching waves as a pre-teen. That really opened up that idea of freestyle sports and freestyle living. I can pinpoint it down to almost a definite day, where I caught a couple of waves. This made me realise that there aren’t any rules, you can kind of do what you want. There are no teams here in the outdoors, there aren’t lots of winners or losers. It is just about going out and having fun in nature. And that has stayed with me ever since.

This part of the world is a bit of a hidden gem. People bypass it, they don’t really know that it exists. So to be able to share it with people that I know back in London is great. Not only to share it, but to see the delight on their faces when they turn a corner and they see the cliffs, or they see the water, or they see sand dunes, that otherwise doesn't get any coverage. So it is always great to get people down. 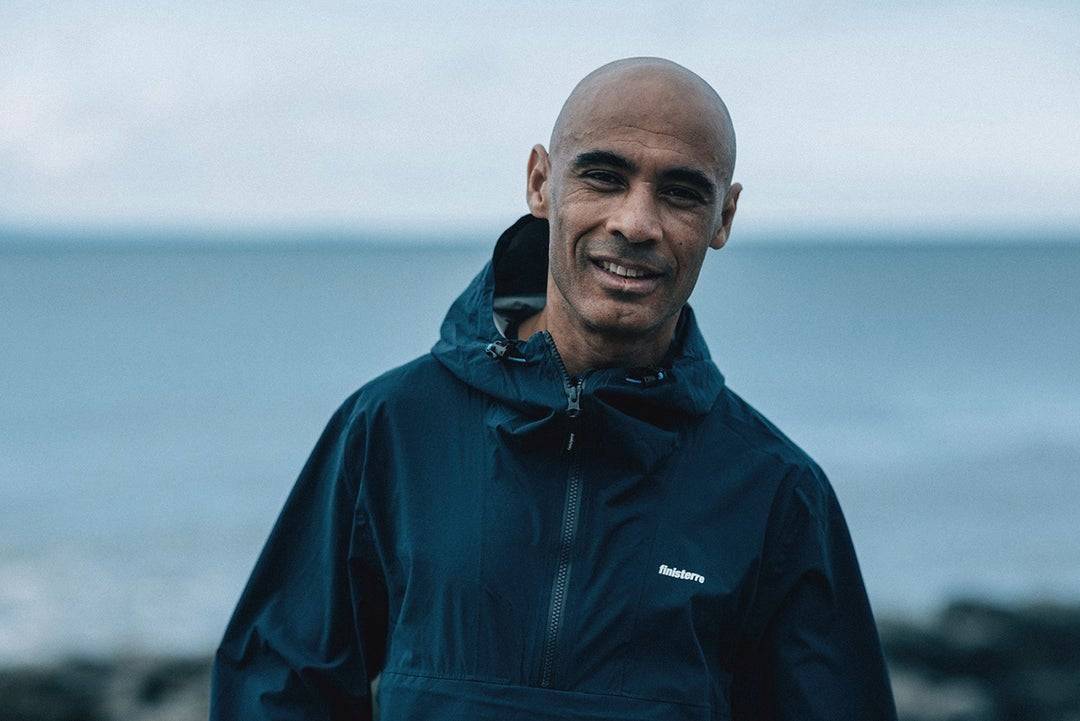 I don’t believe it is a case of necessarily not being able to get out into nature. It is about a sense of, do you actually belong there? Do you feel welcome there? Do you feel comfortable in that space? And I think that is the real challenge.

There are a number of barriers that are stopping people - not necessarily people of colour, but also people with disabilities, different ethnicities, people who identify with different genders, and people of different sizes - who feel, is this place representative of someone like myself? And I think the answer is probably no.

If we talk specifically about people of colour, I think what you find is that a lot of those communities are, in a sense, urbanised, and have lost touch with the natural world. And there is historical context around that. A lot of it is to do with Britain and the way it has colonised different countries, and how those communities have ended up in the UK. But I think the statistics pretty much speak for themselves.

This country is wonderful, but it does fail in some respects. And one of those is how they treat people who aren’t white, or white passing. To the extent that, if you aren’t, you feel that, to have an enjoyable life, you have to be around people that are like you, and you have to feel safe. And that means that you stay in the cities, and you build a community, and you build a lifestyle and culture around cities.

Growing up, I was called every name under the sun. We know what they are. I got bullied, and people would laugh at you. You would turn up with a pair of skis, or a belly board, or on a bike out in the countryside. You would get looks, and people would look over their shoulders to see who you were with, and couldn’t really work it out. And it goes with the territory. I was very fortunate that, when I was young, my grandfather just pushed me out on these things. He would send me to these camps for a week or two weeks over the summer or winter holidays, just me. And you just had to get on with it. There were loads of other kids, but just me, the only black kid there. So you either put up with it, or you crumble, you just sit in a corner and cry. But I found a love of being in outdoor spaces, being up mountains, being in forests, being on adventure trips, swimming, surfing, whatever. And that shared love broke a lot of barriers with the people I was with. 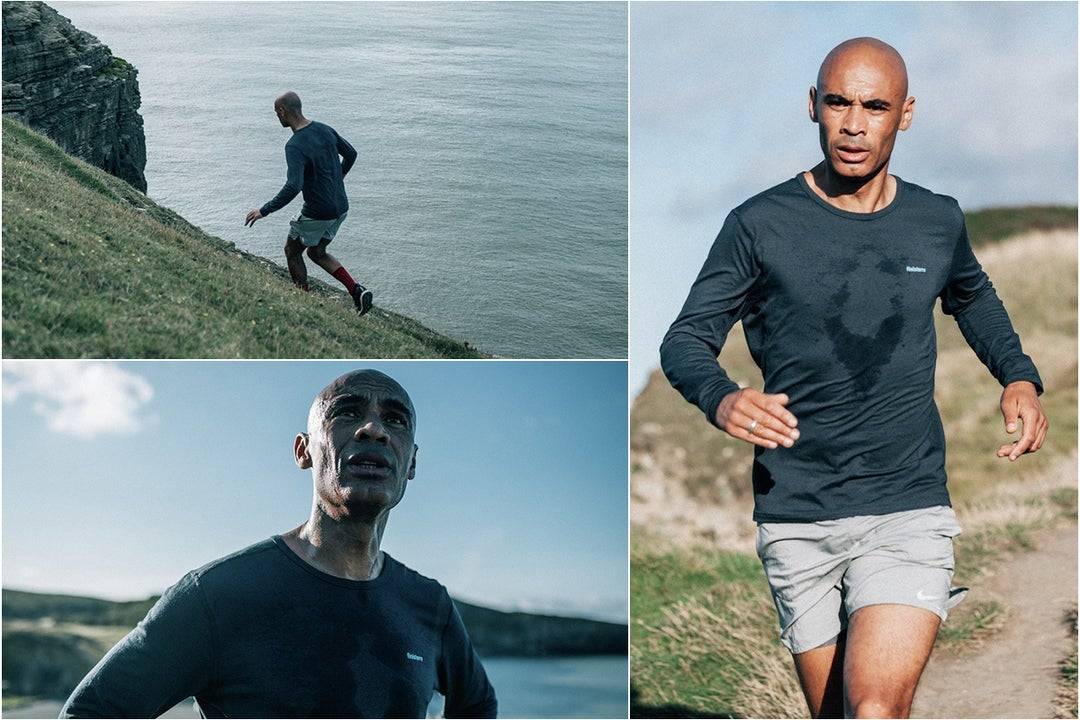 I learned, not just the rules of being able to be in this space (a lot of the unwritten as well as the written rules) but also how to navigate some of the comments that I would get from other kids, or in a lot of cases adults as well. Adults were probably the worst. We are talking about a few years back, and the adults would be just as racist as the kids, if not more so; because they knew what they were doing. But you just learn how to deal with that. I just thought it was part of the territory. I thought that was what happened, and you just suck it up.

I was at this trail running event, and I, in my naivety at the time, expected to see this event, which was ultra running a hundred miles around mountains, dominated by East Africans, in the same way that a lot of the marathons are. And I got there, and I saw one black man running. It was a bit of a shock, and I thought, why is that? I came home and questioned it, and I realised very quickly that no one had done any work on this area about people of colour in the outdoor world. So I looked around and thought, surely someone should be doing something about this? And I realised that maybe I was one of those people. So that is what got me into the space, and why I started up the Outsiders Project, which is really to try and educate people, both consumers and brands, about some of the barriers, some of the context, and some of the solutions on how to get minority groups into the outdoor landscape.

As we have said before, and I guess the overarching one, is that people of colour don't feel as though they belong, or that they are welcome. The classic response to that is that ‘no one is stopping you going outdoors’. But if you can imagine being brought up in a city, say you were brought up in Hackney, on the ninth floor of a tower block. You don’t have a garden, your nearest outdoor engagement with nature is the local park, but you're 15 years old so you can’t actually go into the park, because it is out of your territory. The nature outside your block of flats is urban foxes, rats, squirrels, pigeons, so kind of rodents and vermin. Any of the plants that are planted around your neighbourhood are holly or thorns, rose bushes, vandal proof plants. And as soon as you step outside your door, you have got your game face on. If you go to the local park if you are lucky enough to have access, it is football pitches. You might get a little corner of the park that is overloaded with stinging nettles and buttercups. But that is nature for you. First of all, imagine that, and then putting yourself underneath 200 foot cliffs in Wales next to the ocean. It is hugely intimidating. Now imagine yourself being the only person who looks like you, in a totally different culture. It is like a white boy from Hampstead going to Kampala in Uganda, walking down the market, and seeing if he could have a game of football with the local lads. It is that intimidating. 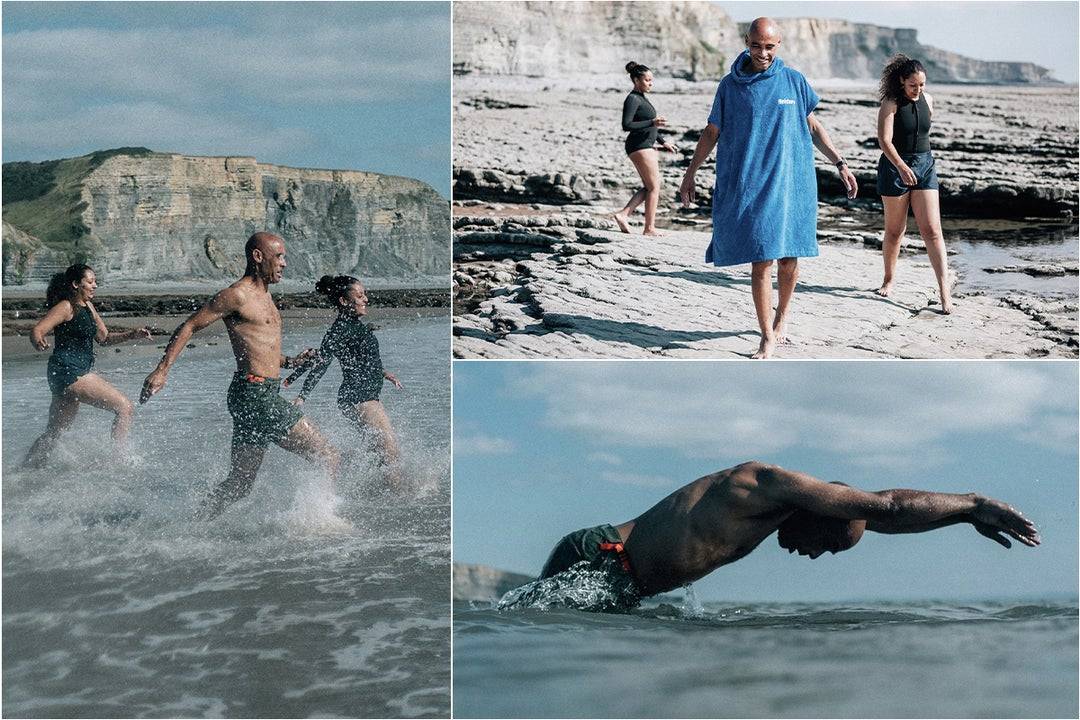 If you have grown up with it, with your parents, or grandparents, or friends, uncles, or you live in that space, it becomes second nature to you. A lot of these kids back in London can tell you what trainers you wear with what jeans, but they couldn’t tell you what shoes you wear when you go for a hike.

You have to understand what your access points are. What are your onramps for people? You can’t just say, 'there it is, come and have a go.' People are too scared to do that. You have to talk to them in terms and a language, a written language and a visual language, that they understand and they can identify with.

I have been involved in action sports most of my life, to some degree. And have had so much enjoyment, so much fun, and got so much positive energy. I feel a connection to nature. Humans are animals, we grew up around nature. To deny that to people is an offence. Everyone has the right to put their hands in the earth, to walk out over sand dunes, to go to the beach and breathe in fresh air, and to feel as though they belong in that space. To feel free.

I think there is a huge responsibility on the people who shape what we class as the outdoor industry. The national governing bodies, the brands, the organisations who claim to care about the outdoors. And we have to ask them those difficult questions about what the outdoors actually is. Not just in their perception, but how it can be for everybody. 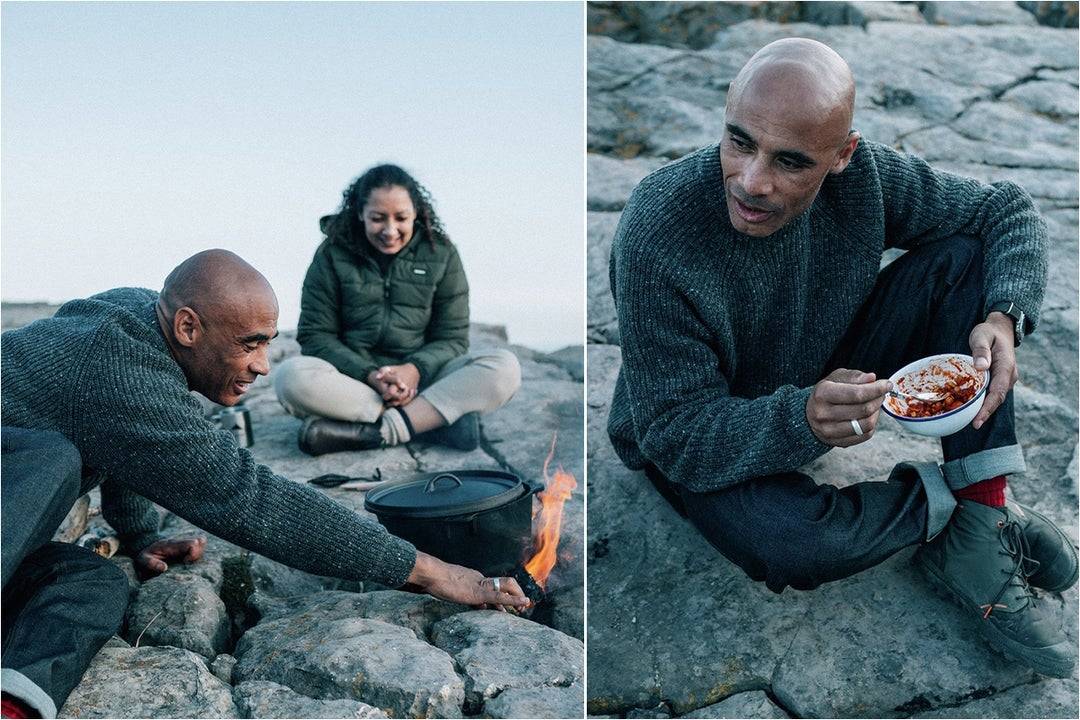 I think there are ways that we can rethink how we frame the outdoors that becomes more inclusive. That isn't just wear this, or ride this, and you will do this. Could it be, wear this, and it gives you the option to feel like this. It will make you feel happy, and good, and it will make you a better father, or a better mother, and a great person. 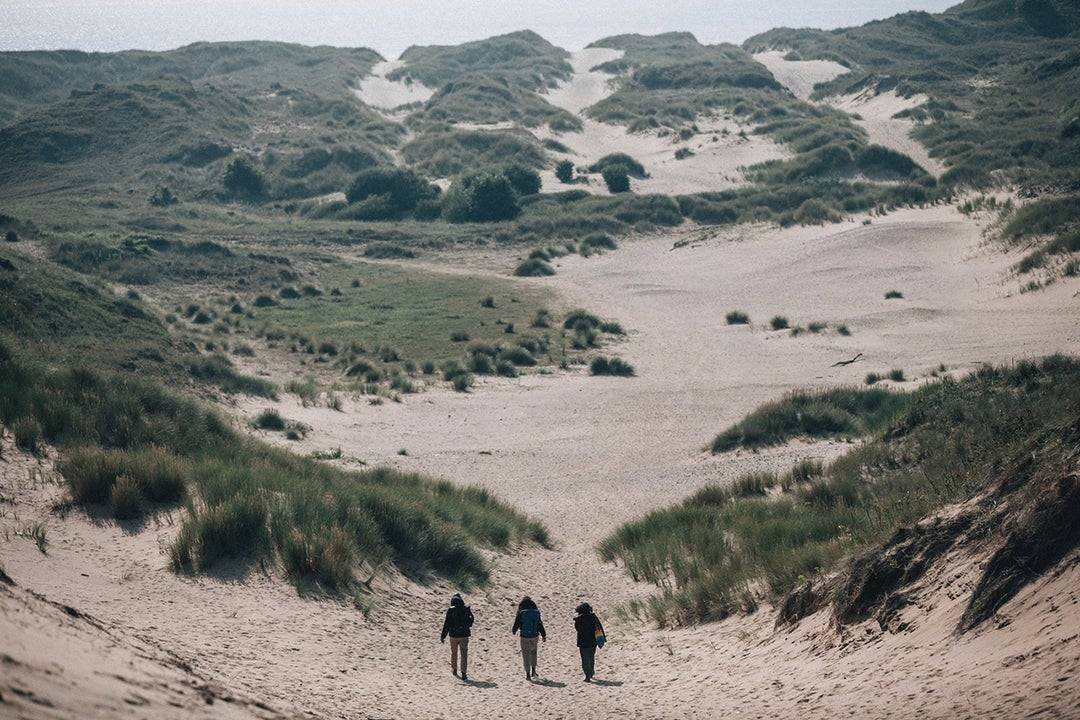