The Broadcast / The Art Of Solitude | Ben Waters

The Art Of Solitude | Ben Waters

There are few places in our modern world that truly represent the isolation that was once abundant on our planet. Living for two years on Australia's Lord Howe Island, artist Ben Waters and his family got a little taste of that. Ben's experience of life in such an extremely remote place moved him to create two new prints for Finisterre, inspired by the solitude and freedom that this life afforded. 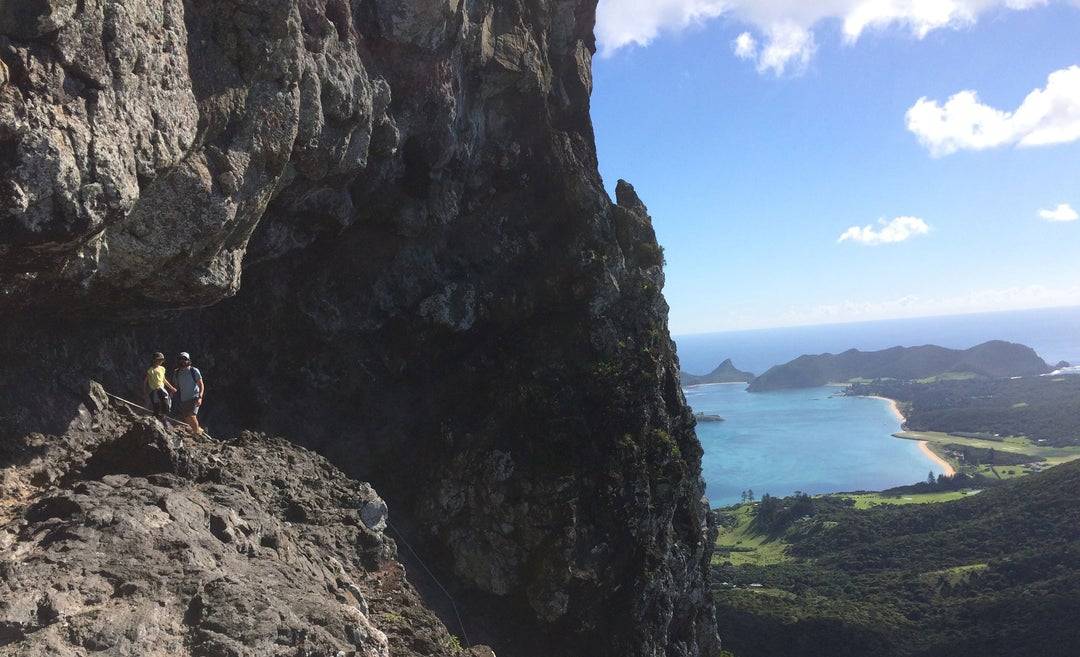 Lord Howe Island is a tiny remote island off the East coast of Australia. It is characterised by sandy beaches, subtropical forests and clear waters. It has two large mountains on the southern tip, Mount Gower the highest, at 875m. There is also a variety of smaller peaks throughout the island. Although the surf can be somewhat fickle, there are world quality waves. These are mostly found on the outer reefs on the western side of the island. Lord Howe also boasts much flora, fauna and marine life. Many of it found nowhere else on the planet. As such, it has a World Heritage listing.

My family and I lived on Lord Howe Island for 2 years between January 2017 and January 2019. My wife had taken up a two-year contract to teach at the local primary school. My two daughters and I were just happy to go along for the ride and have an adventure. Living there really was a dream. It was also a big change to the way we normally lived our life. We rode bikes or walked, instead of driving a car. We got our milk fresh from a cow each day, instead of from a supermarket. We grew vegetables (with some success). My kids even went to school without shoes. On Lord Howe Island the kids don’t wear shoes, period. Instead of driving to the beach to surf, I paddled 1km over a lagoon on a kayak, tied it to a public mooring and then paddled another 400m on my surfboard out beyond the reef. All before I even caught a wave. As an artist, I also spent many days walking different tracks, all over the island, drawing and painting what I saw. 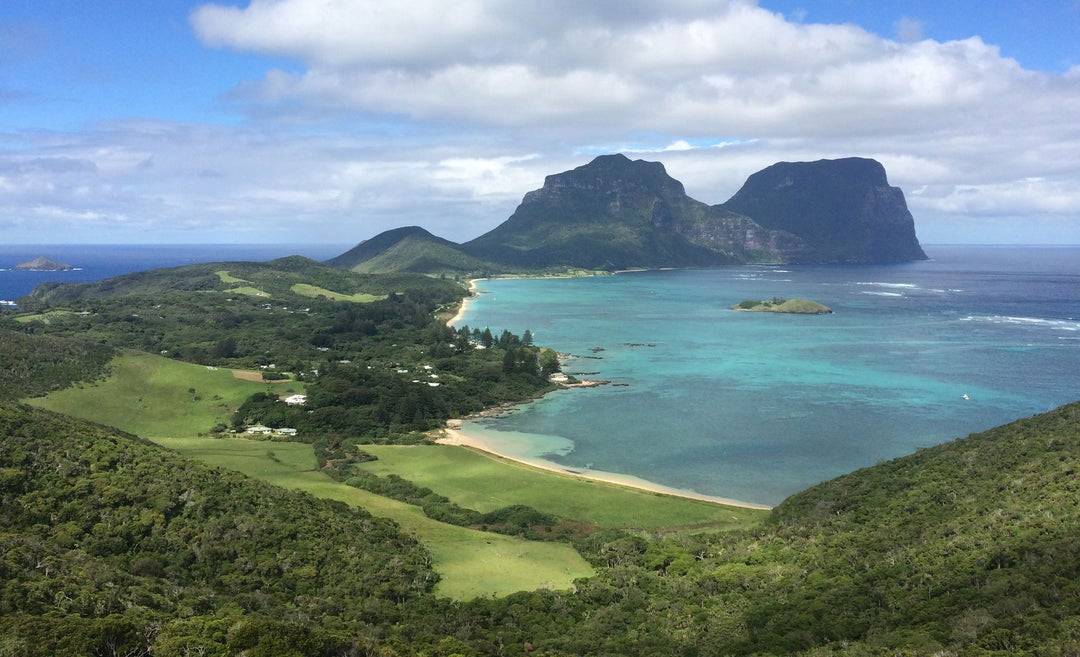 Living on a small Island surrounded by ocean can seem claustrophobic for some. Lord Howe is 11km long and only 2km wide, so it is small. But there is so much natural beauty and so many places to explore that it felt huge. Having the chance to wander these walking tracks or to surf the uncrowded reefs gave me such a tremendous sense of freedom and deep satisfaction. I tried to capture this in the paintings I created on the Island and in the two prints I made for Finisterre. Although those prints feature no island references they do hint at the solitude, awe of nature and beauty of the ocean that I experienced.

We no longer live on Lord Howe Island. Our home on the East coast of Australia is much more built up, life is now fast paced and my local surf break is way more crowded. But if I take the time to slow down then I can hear the warble of the Currawongs in the branches of the gum trees around our house. I notice the sunlight as it creeps its way into our house each morning and I appreciate the feeling of freedom I get whenever I enter into the ocean just off our local beach.