Behind the stats and evidence about the incredible benefits of surf therapy, there are real human stories to be told. Founder and CEO of the Wave Project, Joe Taylor, looks at one such story, and the life-changing impacts of a 6-week therapy course at the Wave Project in St Ives, Cornwall. 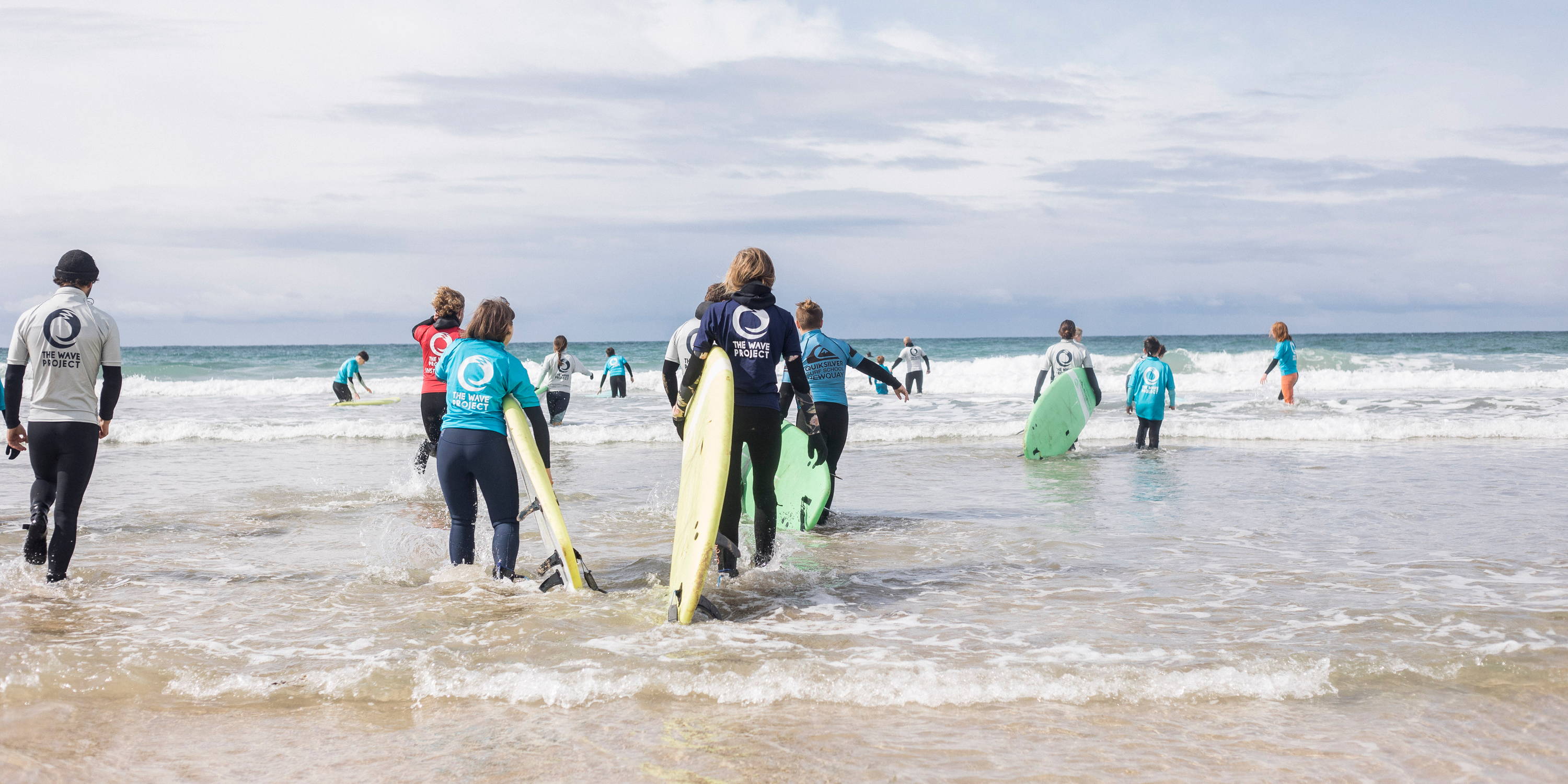 It’s pretty tough being a young person these days. Stress, anxiety and depression are widespread among under 16s. Hospital admissions for eating disorders among children have increased by 90% in the past five years. Even worse, teenage suicides rose by a shocking 35% last year. It should be a national scandal that one in six young people under 16 now has some kind of mental health issue, according to NHS figures. There should be an outcry about how little support there is for them. Yet the issue barely seems to register with the wider public.

Perhaps the reason for this is because statistics are just numbers. It’s hard to picture the real human faces that they represent. When we read that self-harm among teenage girls has risen by as much as 68%, we recognise the problem, but don’t really feel it. It’s only when you wake up one morning and discover it’s actually your child who is self-harming, or refuses to eat or talk or get out of bed, that you begin to understand the scale of the problem. And only then do you realise how little support there is.

Let me describe to you a real case of a boy I worked with recently. Freddie (not his real name) was an 11-year old boy who was referred to The Wave Project last year. Like many young people who fall through the diagnostic cracks, he had an outwardly confident manner and an unlimited supply of fizzing energy. But Freddie had very low self-esteem . He believed he was a failure and that his life was worthless. He was convinced that he would never amount to anything.   This was a typical profile of a young person on the brink of developing more serious mental health issues. Research has found that half of adults with mental health problems have experienced symptoms before the age of 14. Although he did not know it, Freddie was on a cliff-edge of potentially chronic mental health issues. 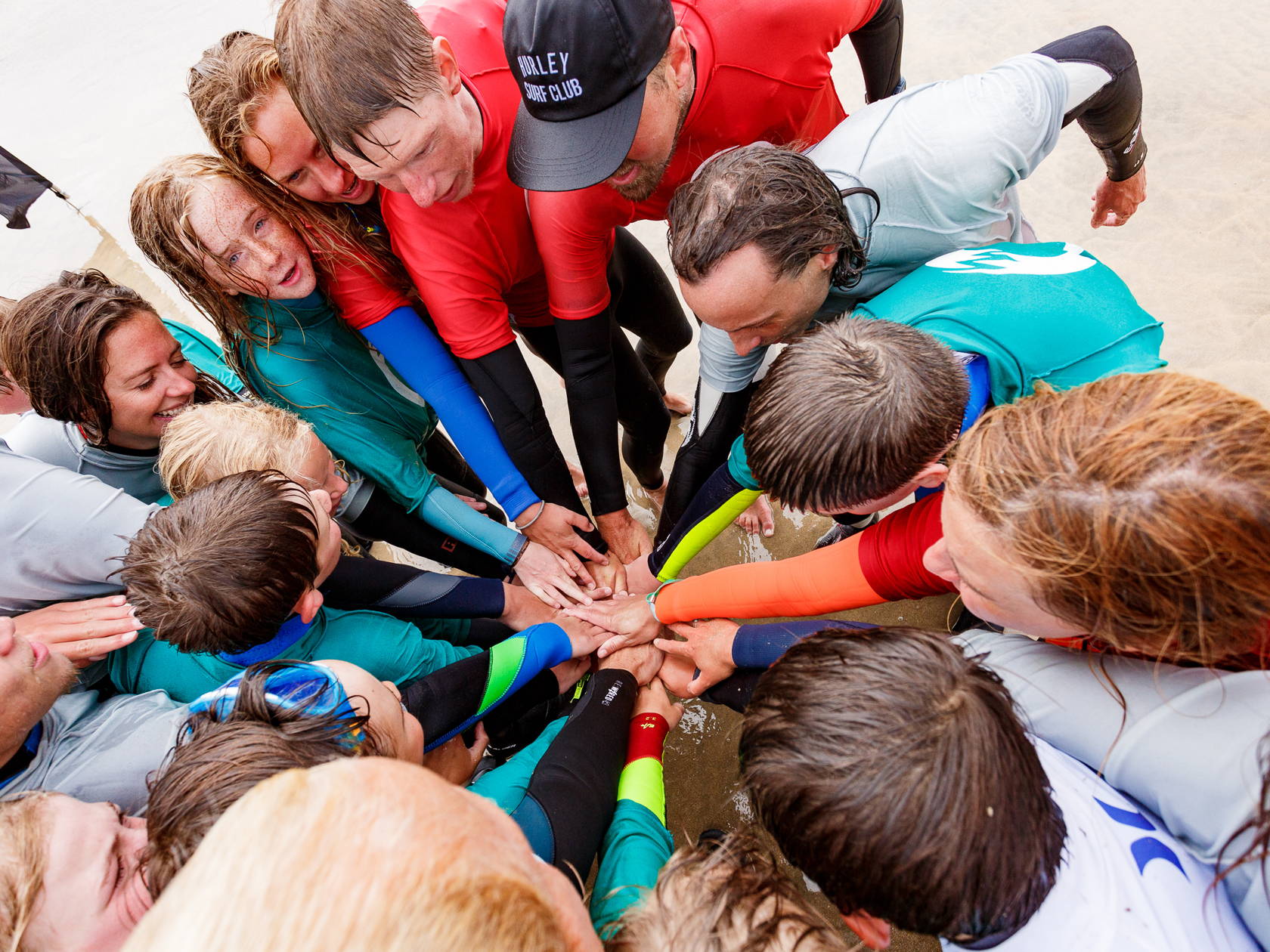 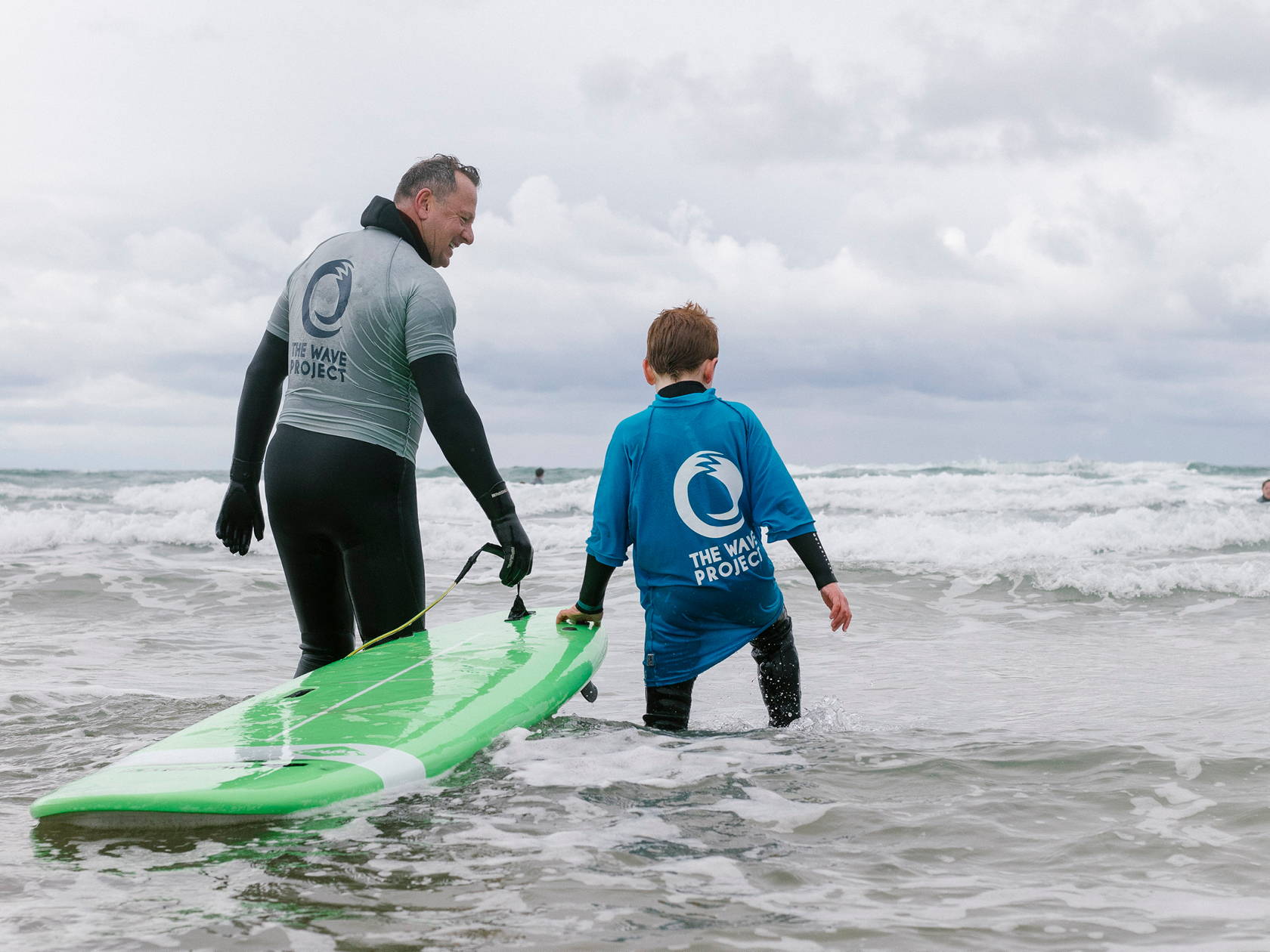 At school, Freddie had a lot of problems. He found it hard to concentrate and was easily distracted other children. His parents would be called into school on an almost daily basis to hear how Freddie had disrupted the school day. His teachers tried to be supportive, but found Freddie increasingly hard to manage.

Outside school, Freddie found it hard to make friends. He was never invited to birthday parties or playdates like other kids in his class. At night, he started finding it hard to get to sleep. He would often be up for hours, worrying about things. One of his persistent worries, which kept him up, often for hours, was that his parents would disappear. He thought he would wake up and find they were gone. It was the kind of irrational fear that was hard to really disprove, and played on Freddie’s mind. It left him in a highly anxious state throughout the school day, which made him reactive and emotional. Other children knew Freddie had a short temper, so deliberately provoked him to get a reaction (which he always gave them). He quickly gained a reputation for being a ‘bad kid’ in school, who spent more time outside the head teacher’s office than in the classroom.

All these little things add up and take their toll. At home, Freddie became isolated and withdrawn . He began to think of himself as ‘a loser.’ The negative feelings of anxiety, panic, anger and isolation built up in Freddie over a long period of time. He couldn’t do anything right. Yet no one seemed to be able to help.

Then one day, Freddie was thrown a lifeline. He was referred to The Wave Project for a course of surf therapy. 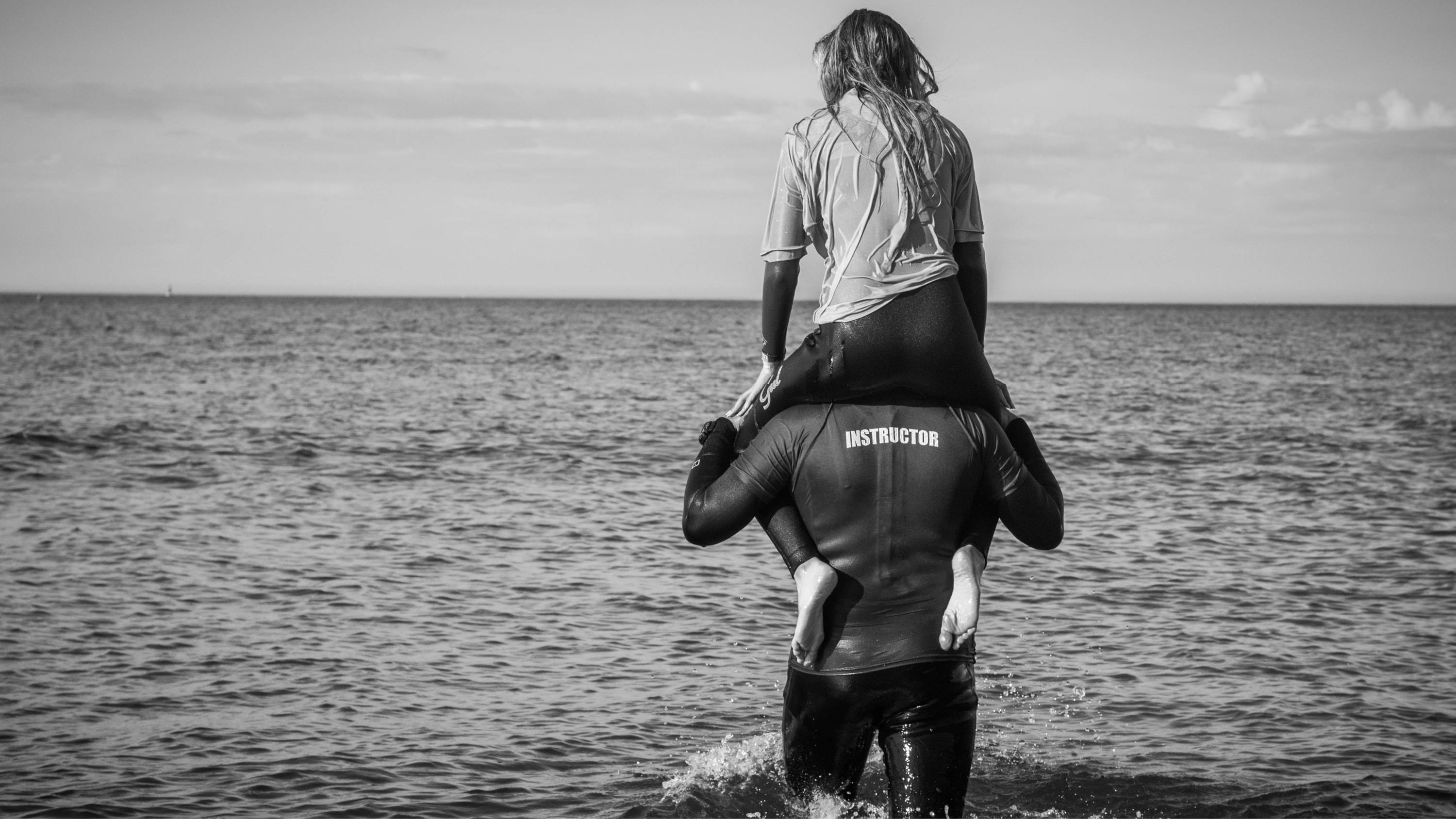 Surf therapy is an evidence-based programme that was first developed by The Wave Project in 2010, with a funding grant from the NHS. It combines surfing and peer-mentoring to help young people like Freddie to build their confidence and self-belief, and, hopefully, make new friends and connections.

Freddie was nervous at first. Arriving at his first session in St Ives, Cornwall, the waves seemed pretty big. He didn’t know anyone and was not sure whether he would fit in, or be told off. Each student on the course was assigned their own personal ‘surf mentor’, and Freddie was paired by with a mentor, who we’ll call Alex (also not his real name). They hit it off immediately. Alex gave Freddie encouragement and reassurance, constantly telling him he was doing well. Freddie quickly realised he was in a safe place – physically and emotionally. With his mentor there, he didn’t have anything to worry about. This gave him a level of self-confidence he had not felt for a long time. Pretty soon, Freddie was surfing confidently, catching green waves and even attempting tricks on his board. Alex and the other coaches kept telling him how well he was doing, continually giving him positive reinforcement. By the end of the six-week course, Freddie was glowing with pride. Alex said he was almost unrecognisable from the nervous boy who had turned up to his first session six weeks prior .

On the last session, his mentor gave Freddie a beanie from Finisterre. Freddie put it in on straight away and now keeps it in his bedroom as a lucky charm. He began to sleep better at night and started worrying less. At school, his behaviour improved gradually. Then, later in the year, he received a formal diagnosis of Attention Deficit Hyperactivity Disorder (ADHD). He was prescribed medication which helped him feel calmer and more focused. He continued surfing with The Wave Project surf club, and began to gain more confidence around other people. His behaviour continued to improve, and by Year 8 he was selected as an ambassador for his school. This sparked a virtuous circle for Freddie: by believing in himself more his behaviour improved. The improvement in behaviour led to praise, which in turn encouraged better behaviour. Now he sleeps fine, does not worry and wants to become an RAF pilot. 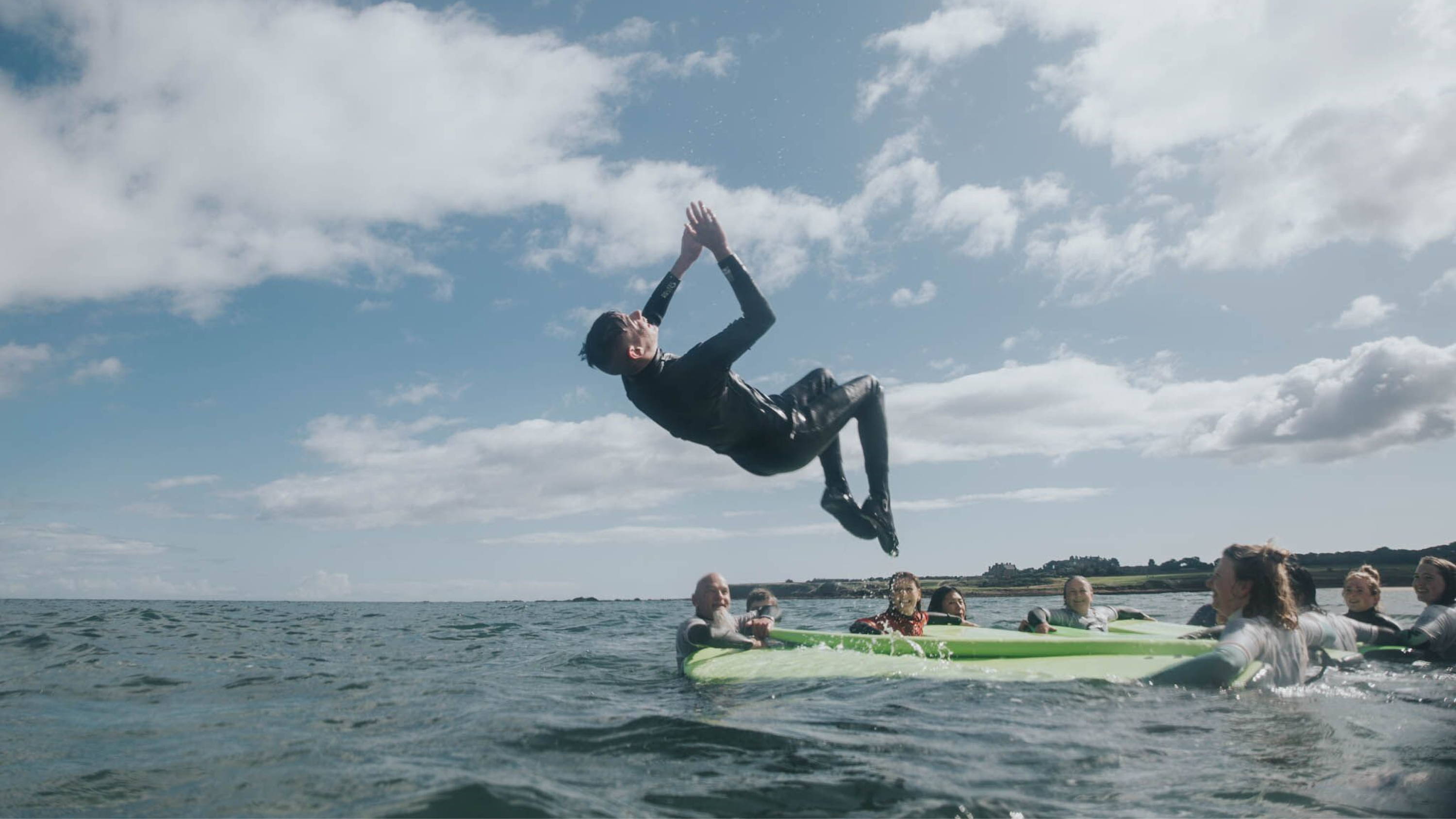 Six weeks of surf therapy literally changed his life. Not all mental health stories have unhappy endings after all.

If you’d like to support the continued work of The Wave Project, you can donate to their 2022 Big Give, here.