The Broadcast / The Mother Of Metamorphosis

The Mother Of Metamorphosis

‘Maria Sibylla Merian’ is not a household name, but we think it should be. Despite having no formal training, she revolutionised the scientific community’s understanding of the life-cycle of insects and, in 1699 at the age of 52, embarked upon one of the earliest recorded expeditions undertaken solely for the purpose of scientific discovery.

As part of our collaboration with the Natural History Museum we celebrate Merian’s pioneering spirit and how she transcended social conventions to become one of the most significant contributors to natural science in history. 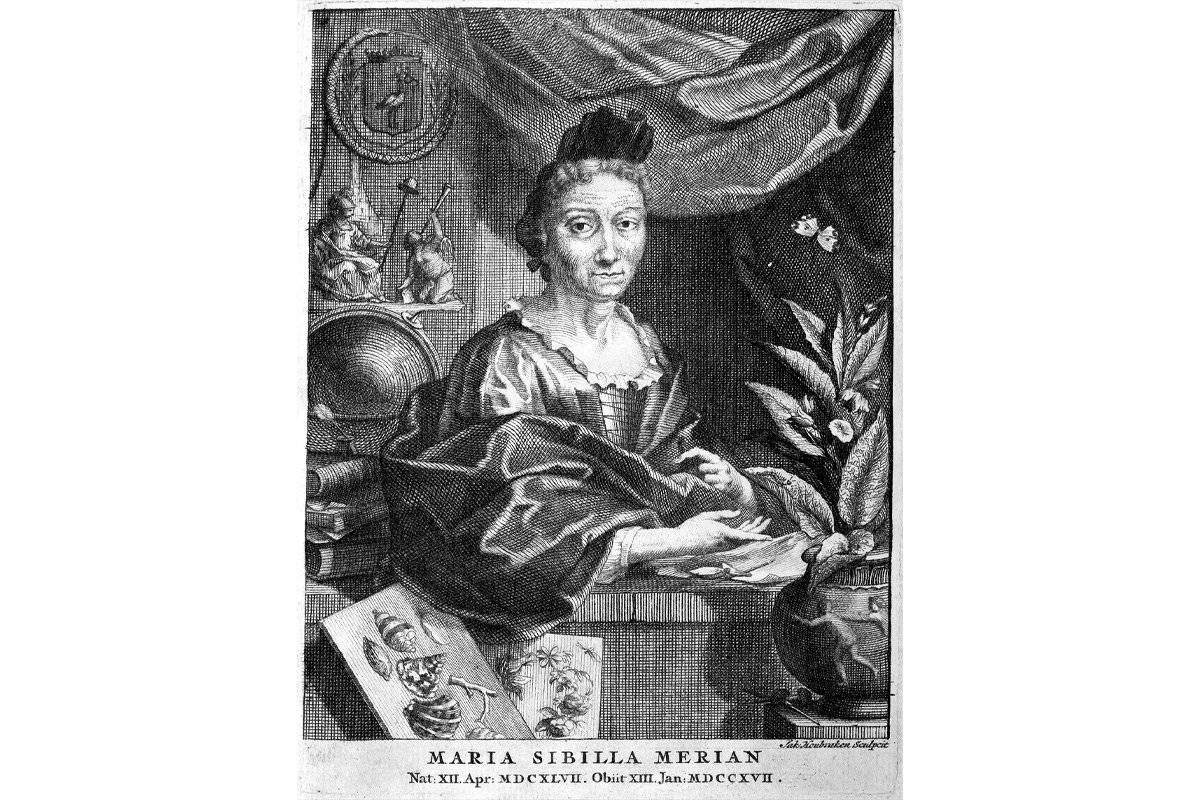 “Art and nature shall always be wrestling until they eventually conquer one another so that the victory is the same stroke and line: that which is conquered, conquers at the same time.”

Women in the 17th century often had may restrictions placed upon their lives. Painting, writing, singing; these were the vocations deemed appropriate for daughters and wives. On April 2nd 1647 though, a child was born who would take her skill with a brush and use it to turn commonly held scientific notions on their head.

Maria Sibylla Merian was born to a family of engravers and publishers in Frankfurt, Germany. Her father died when she was just three years old and her mother remarried painter Jacob Marrel who encouraged Maria to take up the brush. She quickly became a skilled artist; specialising in watercolours, learning to create her own pigments and becoming well versed in the technicalities of printing. At a young age she began to develop a keen interest in the natural world and recorded entries in her journal that describe her efforts to raise silkworms. 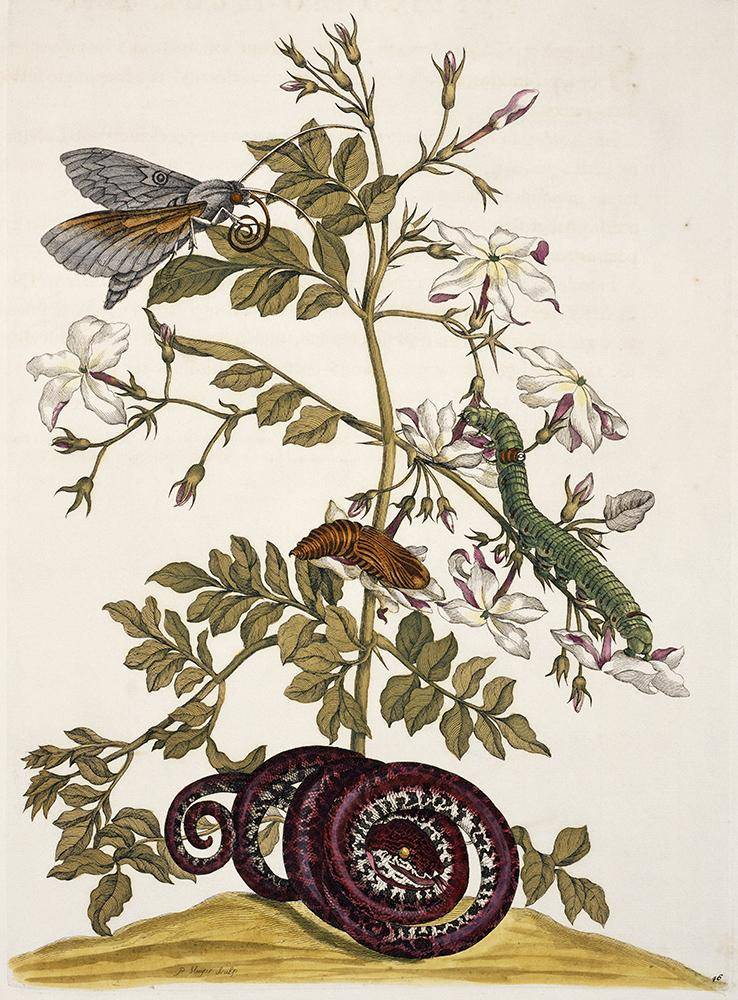 Not content with simply rearing the insects though, Maria recorded detailed observations and drew sketches of the lifecycle of the creatures. Occasionally, she noted, the pupa which she expected to become a beautiful butterfly would erupt with flies or wasps, and it is thought that this may be the earliest scientific observation of insect parasitism – centuries before the field of Entomology became a distinct scientific field. At the time, most subscribed to a theory of ‘spontaneous generation’; which held that insects were simply born out of mud, waste and plant matter ‘spontaneously’. Her observations were the first ever to record the process which we now know as Metamorphosis.

For most of her years, Maria led what would be considered a fairly average life by the standards of the 1600s. At 18, she married and had two daughters. She moved to Nuremberg with her husband where they set up their own painting and printing studio. Her marriage would end unhappily, and after years being estranged from her husband Maria attained divorce on religious grounds. In 1691 she travelled to the Netherlands and, with the assistance of her daughters, set up her own studio in Amsterdam – a city with relatively progressive laws for the time. Here she and her daughters worked independently, painting, creating pigments and specimens for the city’s burgeoning community of collectors.

It was during her time in Amsterdam that Merian would plan the voyage that would later cement her legacy as the mother of metamorphosis. The city was a hub for trade, culture and, most importantly for Maria, granted her access to some of the best collections of natural history specimens anywhere in the world. As she mixed with scientists, botanists, and the intellectuals of Amsterdam she began to lay the plans for her own momentous voyage.

The Dutch colony of Suriname in South America was famed for its exotic insects, and in previous years Merian had been intrigued by specimens of butterflies from the colonies. Despite the many warnings – from the flouting of social precedent to the inherent dangers of a transatlantic voyage, and the further perils she and her daughter might encounter when they reached their destination – she pressed on with her plans, selling 255 of her own paintings and shrewdly using her influential contacts to secure extra funds from the Dutch government to finance the expedition.

Although she did not know it at the time, in undertaking this venture, Maria Sibylla Merian would become the first person, man or woman, to plan and complete such a journey for the sole purpose of scientific study.

The voyage was arduous and uncomfortable, but after two months at sea Maria and her daughter Dorothea reached the port of Paramaribo in the Dutch colony, where they set about their work; meticulously recording the abundance of tropical plant and animal life in the dense jungle. Maria’s love of insects never wavered, and even the plants featured in her paintings were largely chosen because of the relationships they had with their insect hosts. 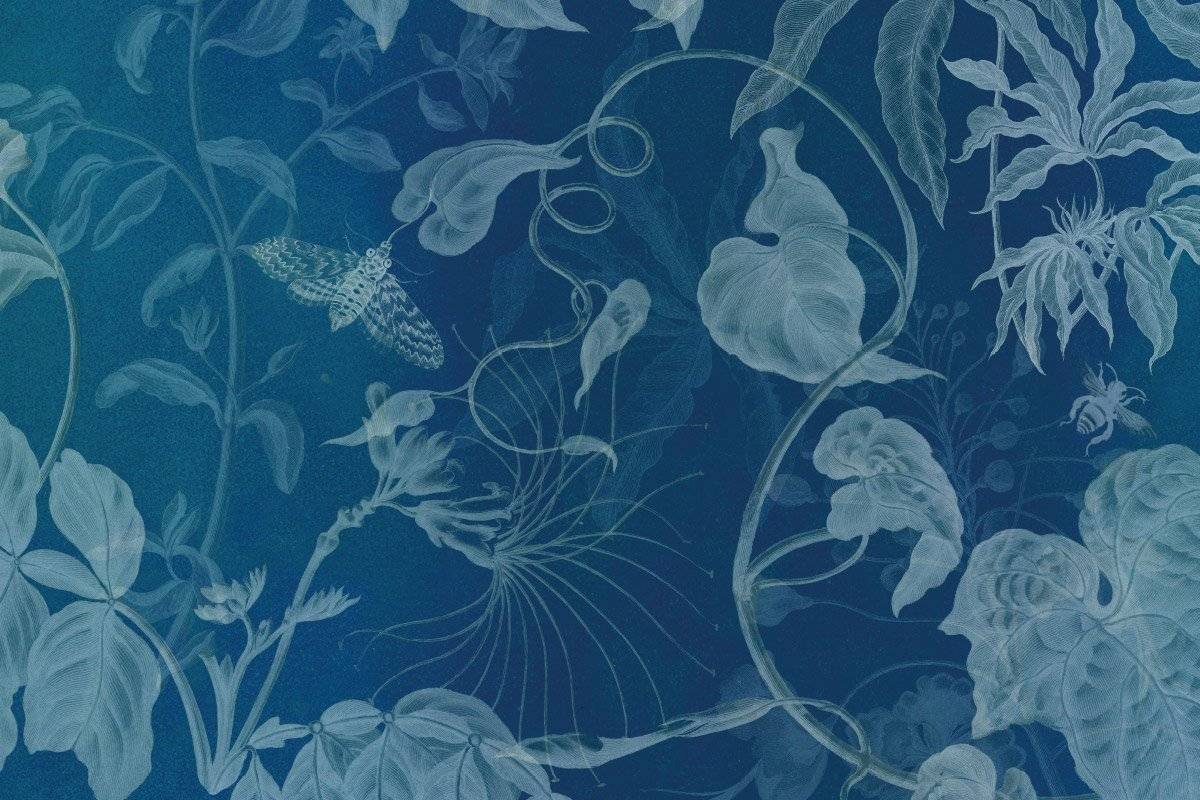 Some of the creatures Merian painted were so fantastical that many naturalists doubted the truth in her paintings of spiders large enough to catch and devour small birds, and colonies of ants that would form living bridges. Despite their scepticism, her work was largely proved accurate and the findings published in her 1705 book Metamorphosis Insectorum Surinamensium are now credited as the first such observations by the Western scientific community. Her illustrations would be lauded by prominent naturalists and collectors, from taxonomist Carl Linnaeus to Tsar Peter the Great. In fact, such was the detail and accuracy of Maria’s work that her illustrations of metamorphosis were celebrated by the Royal Academy over 250 years before women were even allowed to become members.

When we were invited to explore the Library's special collections at the Natural History Museum, the story of Maria Sibylla Merian resonated deeply with us. The intrepid, pioneering spirit that she displayed in the face of overwhelming resistance and danger was a true inspiration for the collaboration, and it is from her original designs, preserved within the archives of the Museum, that we have created the pattern that features in our Women’s collection. 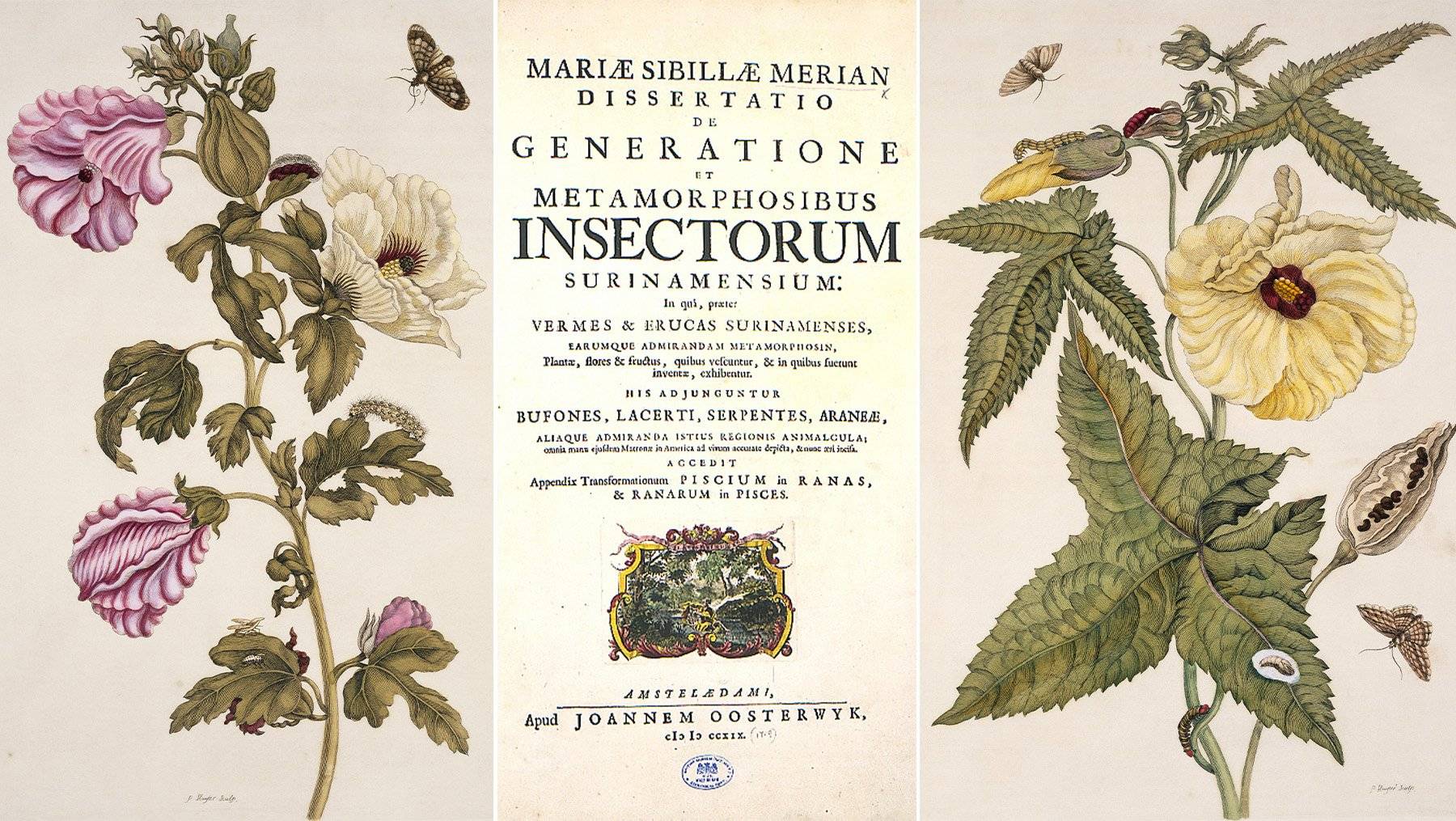 These are more than just beautiful floral designs. They celebrate an incredible story of female endeavour which, through meticulous and detailed observation, changed Western science’s understanding of the natural world. As we look to safeguard the future of our planet, we believe it has never been more important to learn the lessons of the past so that we might better preserve our natural wonders for generations to come.