Jamie Marshall is a professional researcher based at Edinburgh Napier University, working on the world’s first PhD exclusively focused on the exploration of the emergent ‘surf therapy’ paradigm in partnership with the WaveGarden Scotland. His whole professional life has been focused on surf therapy having set up and run the Scottish branch of the Wave Project prior to full time research.

Outside of his work Jamie is a keen surfer, spearfisherman and coach at his local surf lifesaving club meaning he is rarely not found in and about the North Sea. He also hosts the Surf Therapy Podcast. 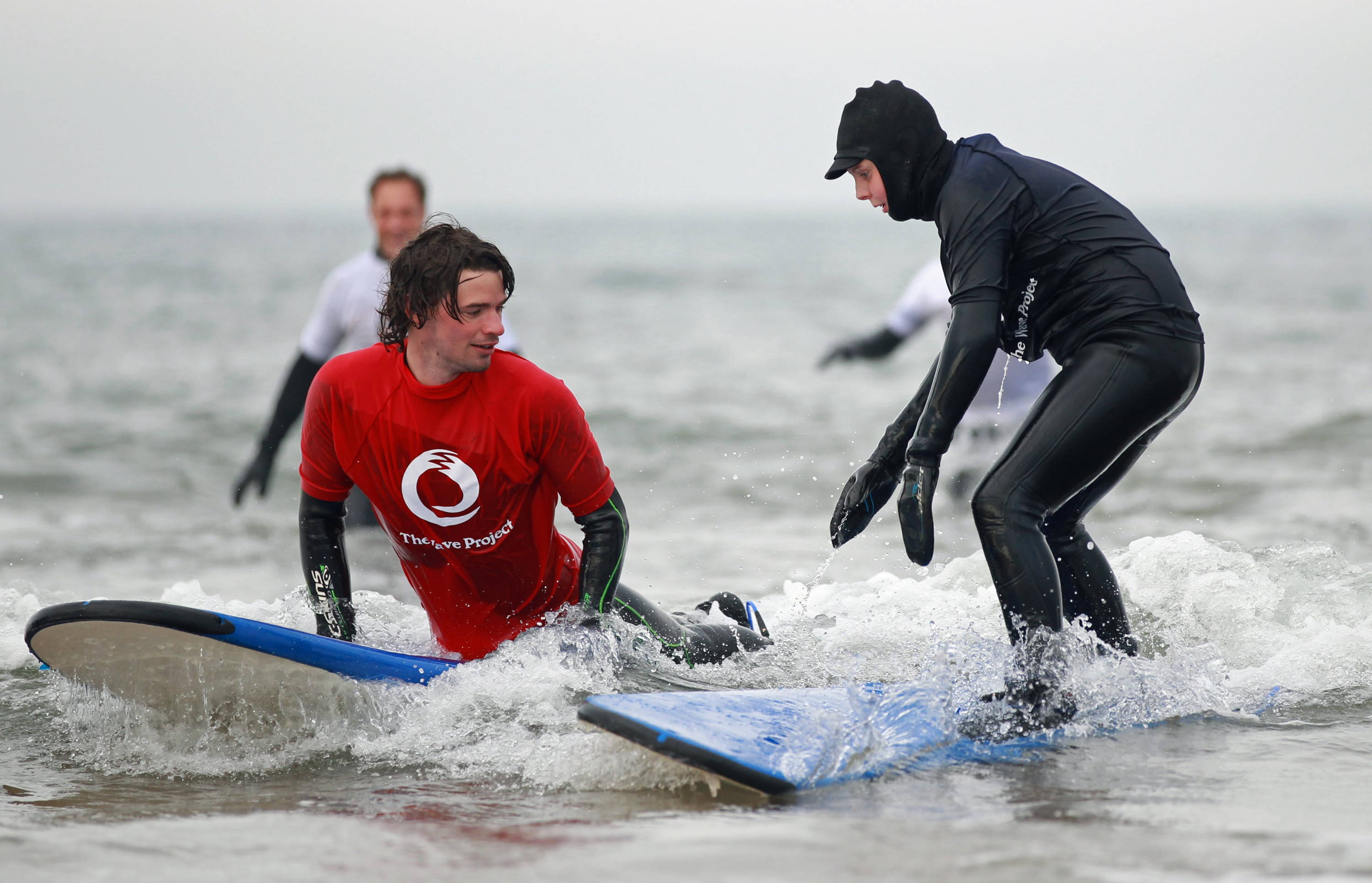 Someone once said, ‘Only a surfer knows the feeling,’ … and they had a point. Transcendental, euphoric, meditative and the innermost limits of pure fun are all words or phrases that have been used to describe the essence of why surfers keep coming back to the water. I’m sure one thing on which all surfers would agree is that being in the water feels good. For some this may be down to the community they find there, for others it may be a personal connection with the energy of a wave or overcoming the challenge of riding their own personal big wave. My own personal journey into wave sliding involved some very negative experiences at school whereby surfing became my safe space, a place where negative thoughts, opinions and emotions could not touch me. It was my privilege later in life to be able to offer this same safe space to others in the form of the innovative surf therapy intervention; The Wave Project.

In September 2010, a group of 20 young people sat on the beach at Watergate Bay, Cornwall, for a surfing lesson. They had all been diagnosed with various mental health disorders, ranging from mild to severe. Some participants had been self-harming, others experienced severe anxiety, low mood or depression. One participant was diagnosed with schizophrenia. Yet to watch them on the beach, none of this was visible. It was the start of The Wave Project – the world’s first surf therapy course funded by a government health service and one which has since spread to 12 different sites across the whole of the United Kingdom reaching over 1,000 young people a year.

A key aspect of the Wave Project’s success has been the commitment to in-depth and rigorous evaluation of their service delivery. Over the course of the project’s life a number of evaluations have been carried out which demonstrate the effectiveness of their unique iteration of surf therapy. All of these are available on the Wave Project website and match other studies from around the world which highlight the effectiveness of surf therapy for individuals facing mental health challenges. One question that had not been academically investigated was how these positive effects occurred within surf therapy, not just within the Wave project, but on a global scale. There was and remains a large evidence gap into understanding the mediators for mental health improvements. Apparently only a surfer knows the feeling…. 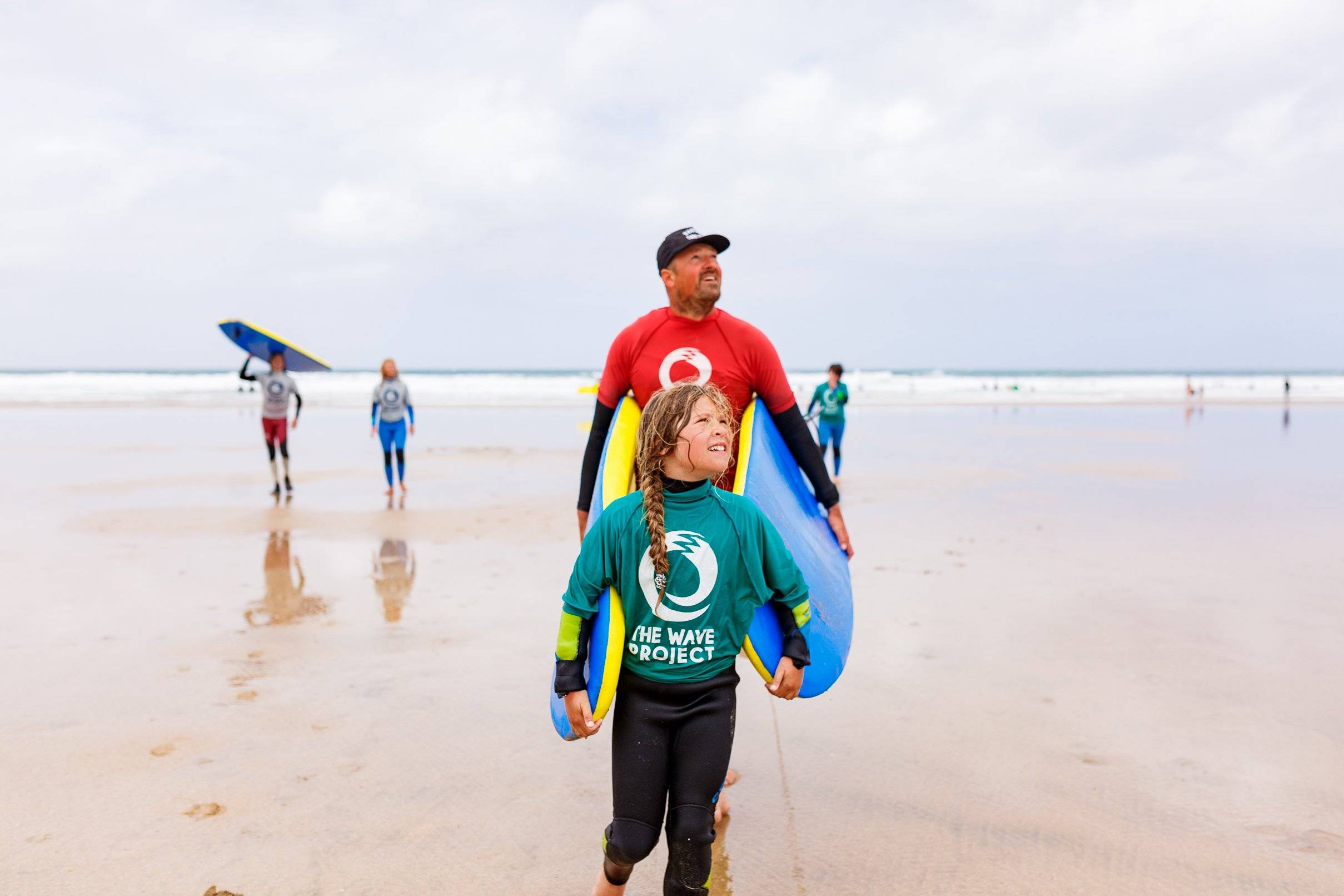 As part of an MSc at the University of Edinburgh, I set out with a team of researchers to explore this vital question and to do it we worked alongside the real experts on surf therapy, the participants themselves. It was imperative for the researchers that all of their findings were completely grounded in the experiences of participants rather than based on speculation from external sources. Through in-depth interviews with participants from across the UK the research team were able to map out the programme theory associated with the Wave Project. By programme theory we mean the web of connections that linked the Wave Project’s inputs (surfing, volunteers, appropriate beaches, kit, instructors) with the project’s outcomes (improved mental health and personal well-being). The findings presented an in-depth look at how successful surf therapy is delivered within the UK and offers an insight for potential theoretical mediators that may translate across the global surf therapy paradigm. The key pathways that proved foundational for the Wave Project’s success were linked to mastery, respite and social connections.

“Well, I went surfing and I did it. If I can do that then, chances are I can do this thing that's scary.”

Mastery relates to having effectively learnt a new skill and importantly recognising you have done so. The activity of surfing is widely perceived as a very difficult task but a redefinition of perceptions of failure within surfing by the Wave Project takes advantage of this. The intervention heavily focuses on surfing at one’s own pace and celebrates every stage of the learning process. For some individuals this could be recognising the achievement of simply putting a wetsuit on, and as any surfer knows this really can be a challenge! Whatever your level is and at whatever pace you learn, surfing offers multiple little challenges to overcome. In terms of mental health, each of these achievements represent an important boost to confidence, self-esteem and belief in one’s own ability. This improved self-belief can have a huge impact in wider life, as perfectly put by one of our participants; if I can do surfing I can do this other thing that’s scary in my wider life.

“It's amazing coming down here. It just makes you forget about everything for a good two hours.”

Respite relates to a sense of escape or relief from negative feelings, emotions or experiences. The Wave Project creates an incredibly safe space through its compassionate volunteers and participant centred approach. Furthermore, the activity of surfing itself seems to demand the participant’s focus in such a way that there is no space for the negatives when riding the wave. This finding may be one of the least surprising for regular surfers, I know how when things are not going well for myself, I crave a surf where I can leave everything on the beach. Being able to have a guaranteed space for respite like this can prove invaluable for individuals facing overwhelming negative emotions or experiences in wider life especially when it is delivered regularly and with option of ongoing continuation as with the Wave Project. 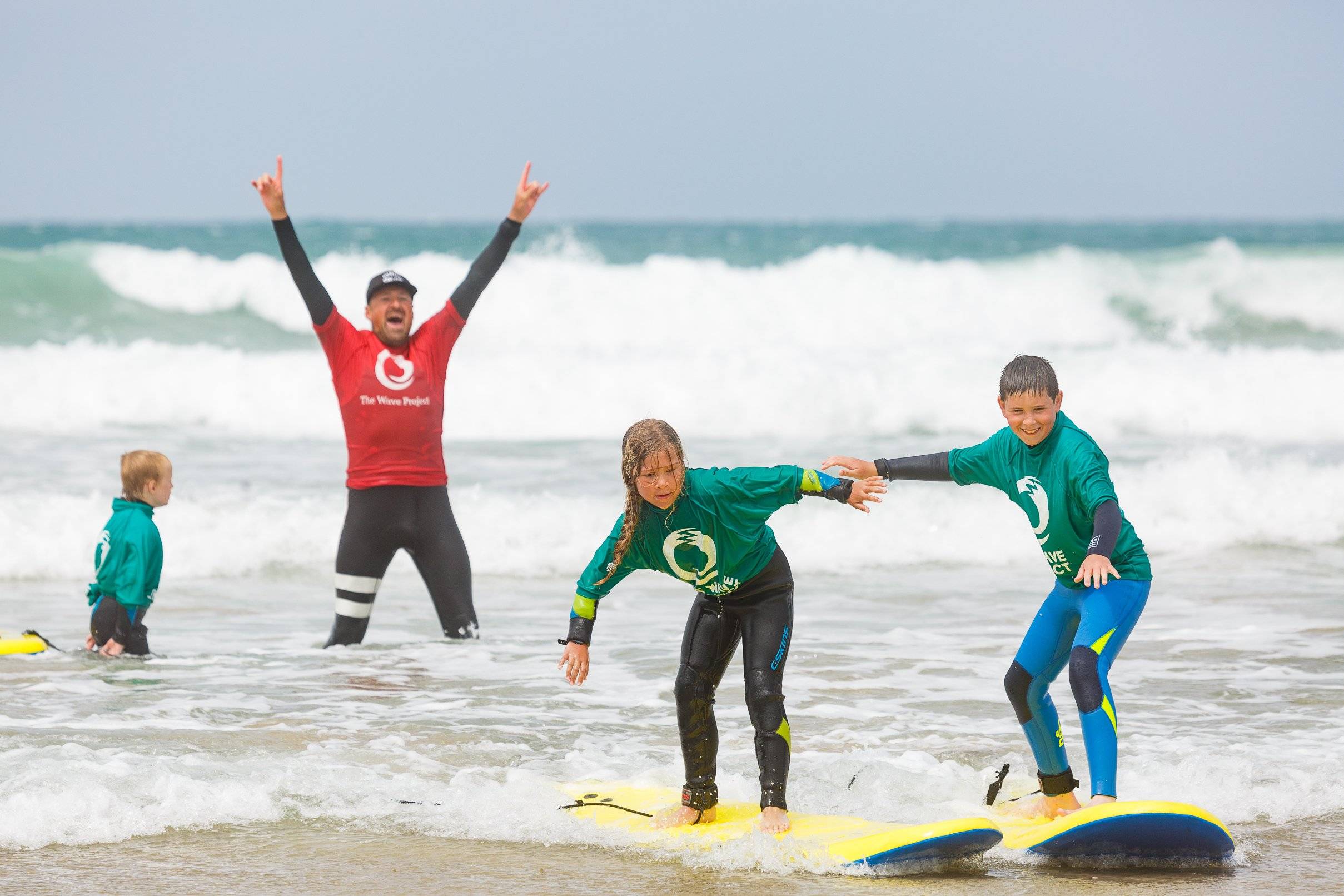 “I just felt loved again. I felt there was nothing ever going to bring me down anymore because I found loads of new friends. I found people who actually do care and that actually do help me out through my life.”

Social connections are something that we often take for granted, and by that we don’t mean how many likes you get on social media but genuine meaningful social interactions. Individuals facing mental health challenges are often incredibly isolated, which in turn is no good for mental health leading to a vicious feedback loop. Social interventions are very challenging services to provide but the Wave Project delivers this important element through stealth. The focus is not on building new connections, rather it is to share joy in others waves or laugh with a volunteer when a funny wipe-out occurs. One of the Wave Project’s greatest strengths is their use of volunteers and from both a personal and academic standpoint I can say with confidence they are world leading in this area. We have really tried to scientifically capture the infectious compassion that pervades every session but have not always done it justice. I would encourage anyone who lives near a Wave Project site to get involved with this volunteering programme as the difference you can make is incalculable and the organisation provides one of the best structures and sets of training available globally. You might well get as much out of this process as the participants but that’s another piece of research for another day.

Through these key processes the Wave Project is transforming the lives of young people across the UK and maybe we are a bit closer to understanding the feeling that only a surfer knows. These findings are taken from an in-depth empirical piece of research that is available in full through the International Journal for Environmental Research and Public Health. Please feel free to have a read!

I whole heartedly encourage readers to find out more about the Wave Project through their website and to get involved in their innovative and evidence-based approach to mental health. Keep any eye out for my next contribution to the Broadcast again soon with the latest in surf therapy research.