The Broadcast / Lambing in Lockdown

We may all be on lockdown but if you look out of your window, it’s hard to ignore the fact that spring has truly sprung. For us here at Finisterre, one of the biggest markers of spring is our yearly lambing update from our very own Bowmont Merino farmer, Lesley Prior.

Since we weren’t able to pay her a visit this year, we caught up with Lesley over email to see how she was coping – bringing new life into a world on lockdown. Here is what she had to say... 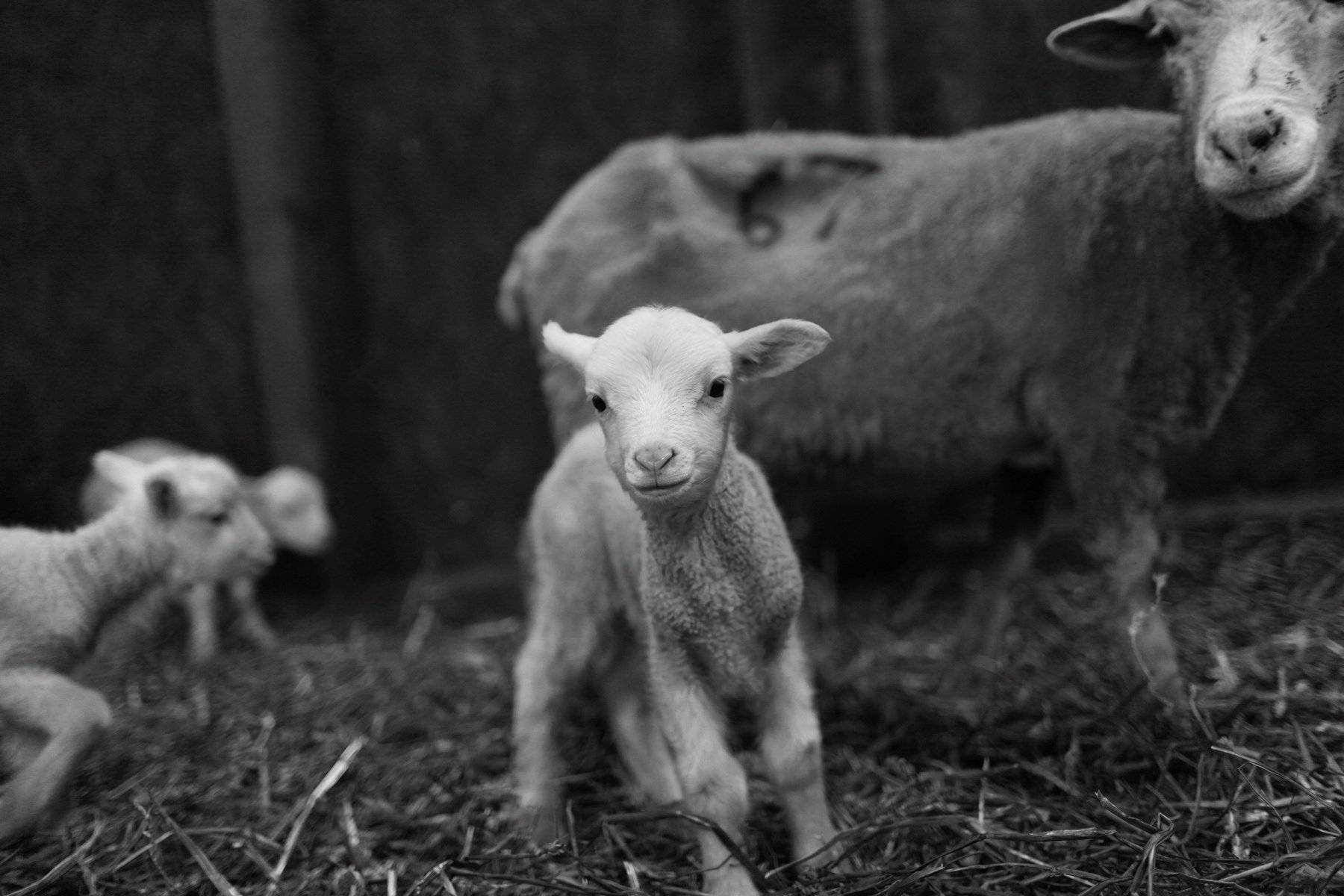 It’s been a really busy few weeks here on the farm. Lockdown started the week before we began “Lamb Watch” – the period when I start to go to bed at midnight and get up at 3am, just to check that no ewes have started lambing. That first week was very anxious as we tried to work out what this would mean for us here on the farm; how we would manage our food supplies, could we still get animal feed and veterinary medicines when we needed them and, could we have a vet visit us if we needed help at lambing?

My organised helper for lambing immediately had to withdraw. She has a pre-existing health condition and had to self-isolate, so I was left facing an intense lambing period with no help. Luckily, Liz – a vet friend of mine who is doing a PhD (so not currently working) – offered to do some nights for me, so everything seemed sorted. She came for one night and then had to go into self-isolation as she had a cough! Again, I was on my own. Always stressful when you have ewes needing help. Liz was fine, fortunately. She returned after one week and has been with us for two nights each week ever since, which allows me to get some sleep.

Emergency vet cover has continued as usual so when on one “non-Liz” night we needed help and called the vet out, he came. Our brave ewe was struggling a bit and I realised we had a very large lamb who may not make it out the normal way! The vet felt the same initially but eventually managed to gently ease him out without the need for caesarean, so a good result all round. The ewe was tired but loved her lamb enthusiastically. The lamb took a few hours to get up to speed but with some extra care and help by tube feeding, he was soon away.

When we weighed him next day we realised why the ewe had trouble. He weighed 6.9kg, 2kg more than average for our flock! We have had some fantastic lambs, some real “elephants”… Mostly the ewes have managed by themselves with only a very occasional tug from me. They are heroic and very brave girls.

We have let the ewes and lambs out on to grass for the first time recently but still bring them in each night. Getting ewes and lambs up and down the track from the barn to the field takes many hands and two very frustrated collies – who do their best, but despair of the lambs! The ewes know exactly what they are doing and hare off up the hill leaving their lambs behind. Then, they realise and come back for their babies, meeting the other sheep still coming out of the shed… Add in four people, two collies and a deafening noise as they all bawl loudly for each other, and it’s a major event twice a day for about a week until they get used to it!

As I write I have seven left to lamb with one on her way right now. She will be several hours yet, so no dinner for me until the lamb is safely delivered. We should be finished later this week, then it’s time to pack everything away until next year. We are already planning for 2021. Lambing is when all your plans come to fruition. Every year we look forward to what we get. Ewes or rams, they all grow the most incredible wool in a way which harms no one and in fact, benefits the farm on which we all live. They are the gentlest of creatures who work hard for us in return for the care we give them. What more could we ask from our beloved sheep?

Hugs to you all!