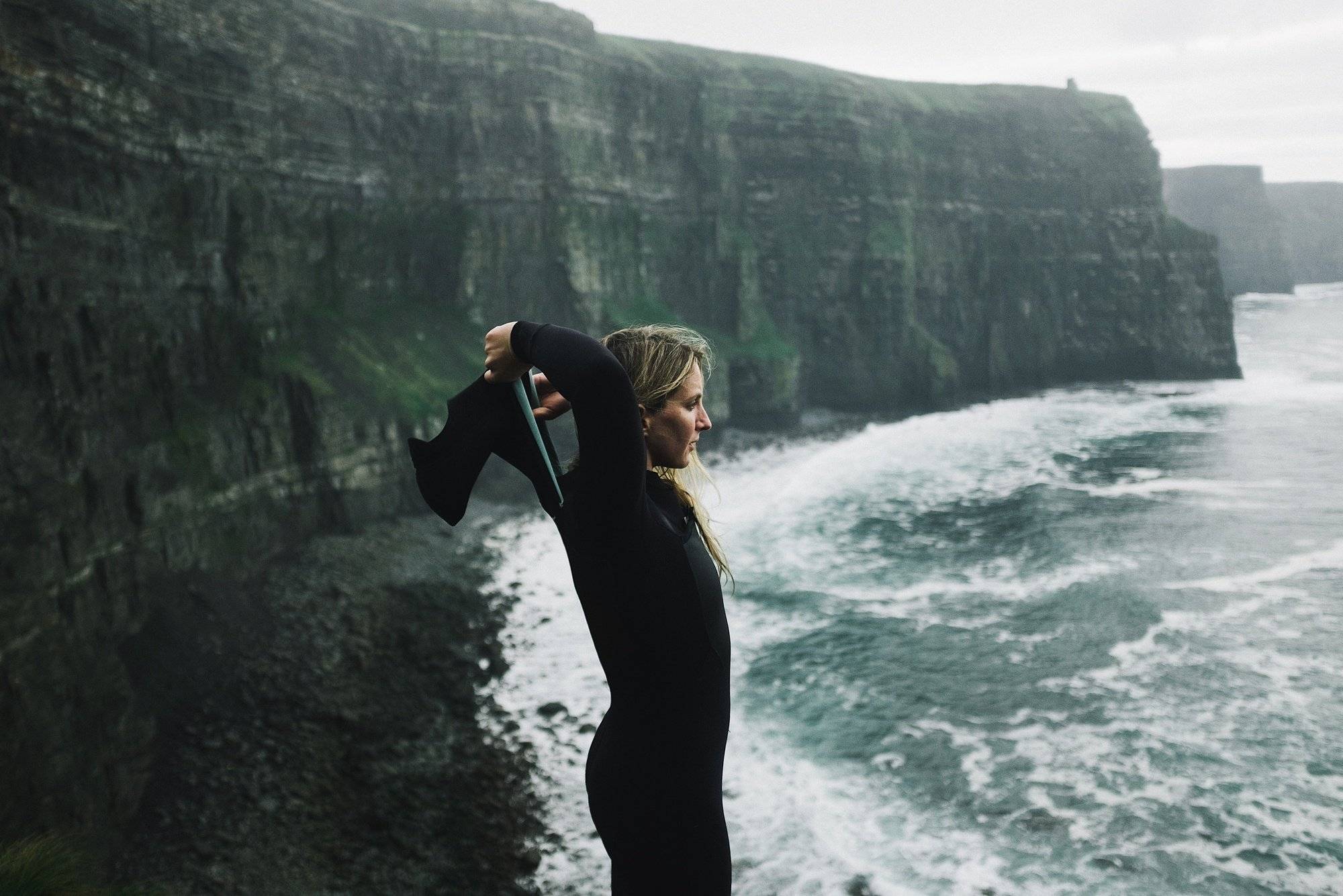 This, I feel, is getting closer to the core of the issue of our ‘invisibility.’ It’s because of the stories we tell ourselves, the scripts we allow others to write and believe when we read, the narratives we live on a daily basis that we fail to question. It goes deeper than an issue of gender and sexuality alone and comes down to the feminine. By that I mean our relationship with our environment, the sea, the waves, the world around us, how we relate. It’s about how we are able to express ourselves, to give expression to who we are - freely and truly without conforming to social norms and cultural expectations. It’s as Krishnamurti said, “you think you are thinking your thoughts; you are not - you are thinking the culture’s thoughts.” There persists within the ‘surf film genre’ a culture of wave-porn. A culture that idolises shortboard surfing, hyper-masculinity, a domination over and taming of the ‘beast’ rather than a more intimate letting go and a surrender into the wild, untamed natural environment. A culture where the female surfer and femininity in surfing remain invisible, or at best become a passive object in the storyline.