Grappling with disappointment in the aftermath of COP26, Ambassador Mike Lay looks at the realities of what we must change in our own lives in order to protect our planet. From global air-travel, to the necessary accoutrement of a surfing lifestyle, what are we in developed (or should we say 'highly polluting') nations prepared to give up to achieve this? And are we ready? 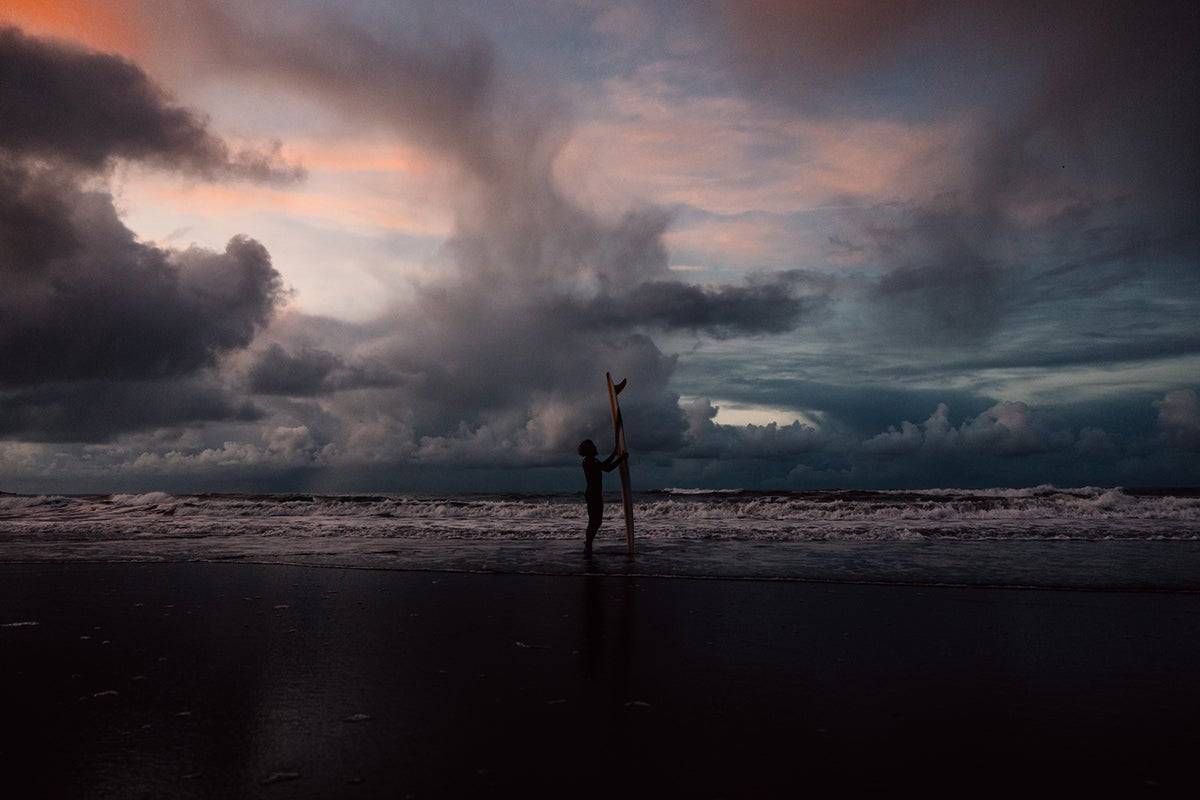 In the wake of the recent COP26 summit in Glasgow, a trail of heady rhetoric, confusion and inadequacy is left. The often repeated phrases of the leaders of the highest polluting countries, variations on the theme of 'time is running out' and 'the time to act is now', are at odds with the promised actions which fail to reach scientifically advised targets on temperature rises.

While many media reports speak with cautious optimism about the summit's results, members of the environmental community are left bitterly disappointed. From George Monbiot's brutal assessment, 'the Glasgow Climate Pact, for all its restrained and diplomatic language, looks like a suicide pact', to Greta Thunberg's prophetic condemnation of the summit's content as little more than 'blah, blah, blah', it is safe to say that the summit was not a resounding success.

And I feel an anger, a predictable anger, an anger shared with many of my family and friends. But then I think about the anger that I feel at the failure of world governments and inevitably compare their failures to my own. I still feel tethered to the luxuries of a world of un-ending progress, luxuries I have indulged in and have become accustomed to. A recent poll by Kantar Public suggests that many citizens of developed (highly polluting) nations are unwilling to make necessary lifestyle changes to help combat climate change, while those same citizens overwhelmingly agree that changes are necessary. As I read these findings I recognise myself in the unambiguous facts and figures, and my anger shifts to a shade of confusion. 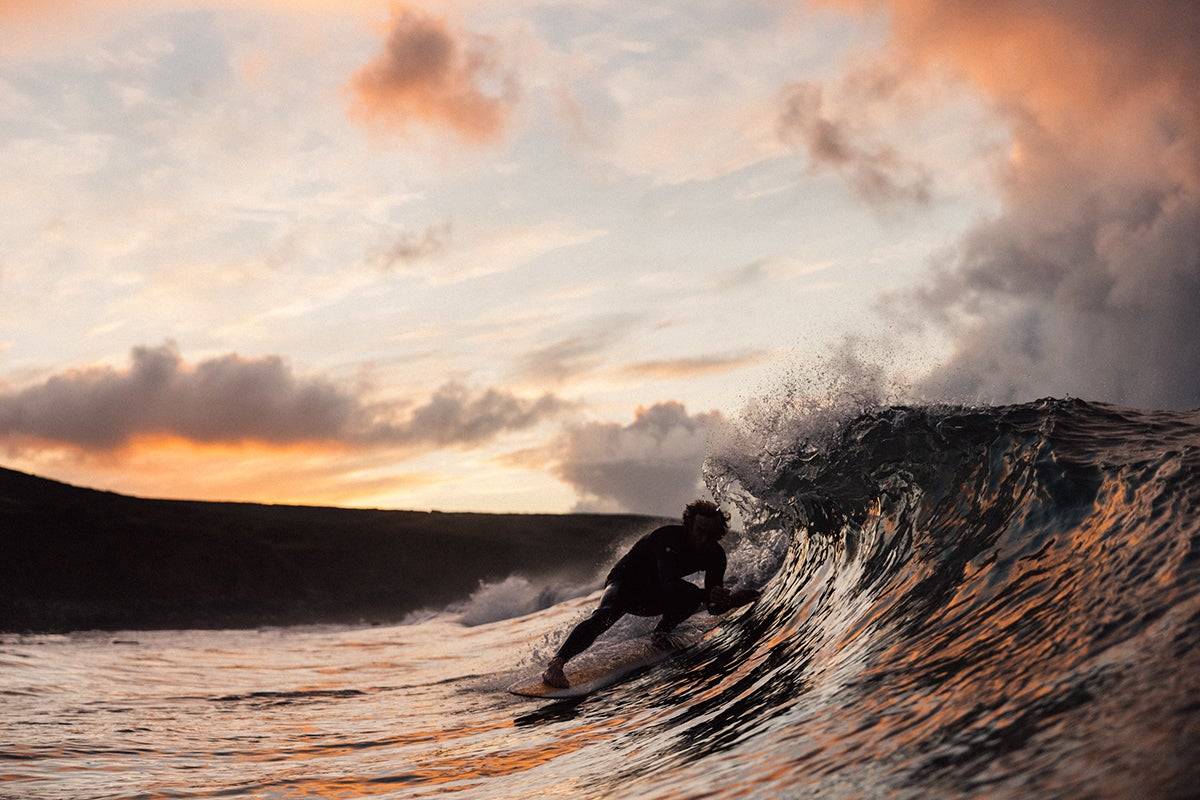 While I am a believer in the absolute necessity of institutional changes to make an impact on a global scale (rather than individual changes alone), I am quickly coming to realise that the human race (specifically the highest polluting nations of the human race) will need to relinquish its addiction to 'progress' in order for these changes to become a reality. Ones does not seem possible without the other. In the latest issue of the surfing publication Backwash, an edited version of the essay 'Deep Adaptation' by Jim Bendell was published. Since its publication, 'Deep Adaptation' has proved both valuable and controversial to the scientific and environmental communities but one aspect of the paper which I found particularly interesting was the idea of 'relinquishment'. Defined in the essay as involving 'people and communities letting go of certain assets, behaviours and beliefs where retaining them could make matters worse [for the environment],' I decided to examine my own relationship with surfing through the lens of 'relinquishment'.

Surfing as a lifestyle is wedded to the search for perfection, an inevitably doomed quest that involves bucket-loads of ecologically questionable practices; world wide travel, neoprene wetsuits and polyurethane surfboards to name but a few, all of which I am deeply involved with. This is where my own confusion comes flooding in, deep down I feel I should be ready to relinquish some of the excesses of my surfing life, but I don't know if I can. Where wetsuits are concerned the industry is fast switching to the far cleaner and ecologically sound Yulex alternatives and Finisterre's new wetsuits have meant I don't have a difficult decision to make in that regard. When it comes to surfboards, I aim to ride boards of quality that are built to last, to treat them as a products with longevity far beyond the year or two that I might once have. But it is the travel that racks me the most. 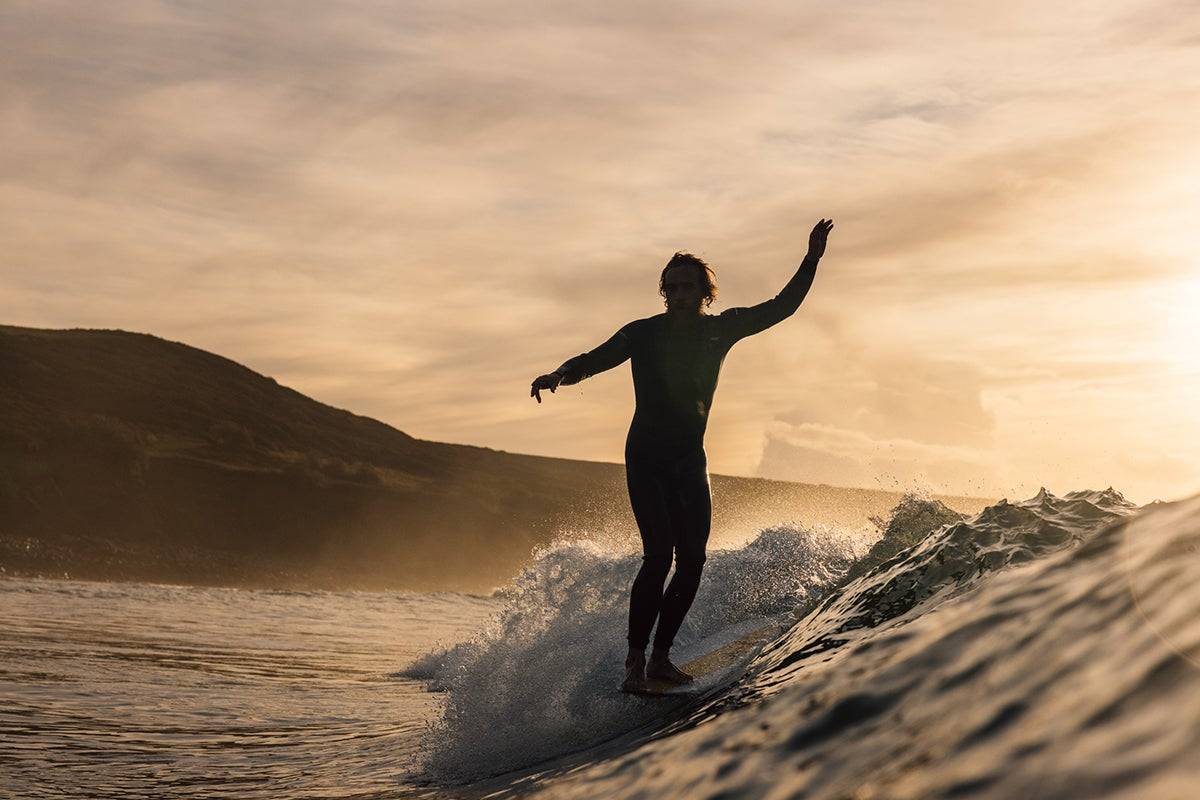 Global travel is fetishised within the surf industry, and for obvious reasons. The values of international travel are many and varied, and on a personal level I have developed many close friendships over the last few years of frequent plane trips. While it seems self-indulgent in the extreme to travel now as I once did, I don't know if I am willing to completely relinquish it yet. Two of my closest friends have recently had babies in Australia within a few weeks of my own first child, I would like nothing more than to fly out as a family and spend time with them. I have friends in Mexico I have promised to visit and friends in California whom I dearly miss...

While I am deeply confused about my own path through the climate crisis and angry at the response of the powers that be, I remain one of the luckiest people in the world. Unlikely to be affected by the near-term ravages of global temperature rises and instead agonising over international air travel rather than whether my home will be underwater in a matter of decades. My confusion is a product of my privilege as much as it is a product of my concern for the planet.

At the moment I have no answers, for myself let alone anybody else. But the other morning Jack Johns and I surfed through a blazing orange sunrise; a reminder that although I'm not quite ready to ditch all my travel plans, we've a beautiful place to stay put in. And for that I'm thankful. 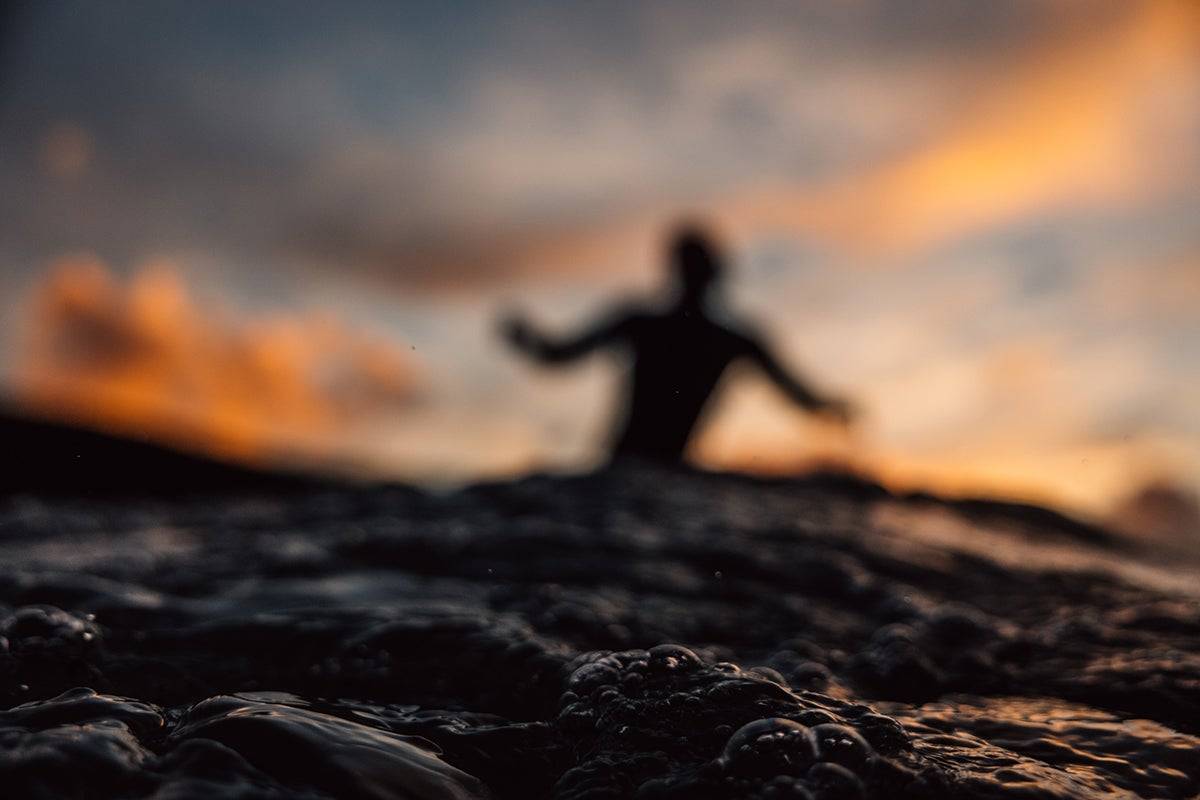