We don’t always get closure for our own stories. Sometimes, it is left to others to seek out the satisfying conclusion. A tale played out over successive generations of big wave surfers, Dougal Paterson recounts a saga of Danny and his father. A dance danced over nearly two decades, culminating in a single moment of pure, ecstatic vindication. 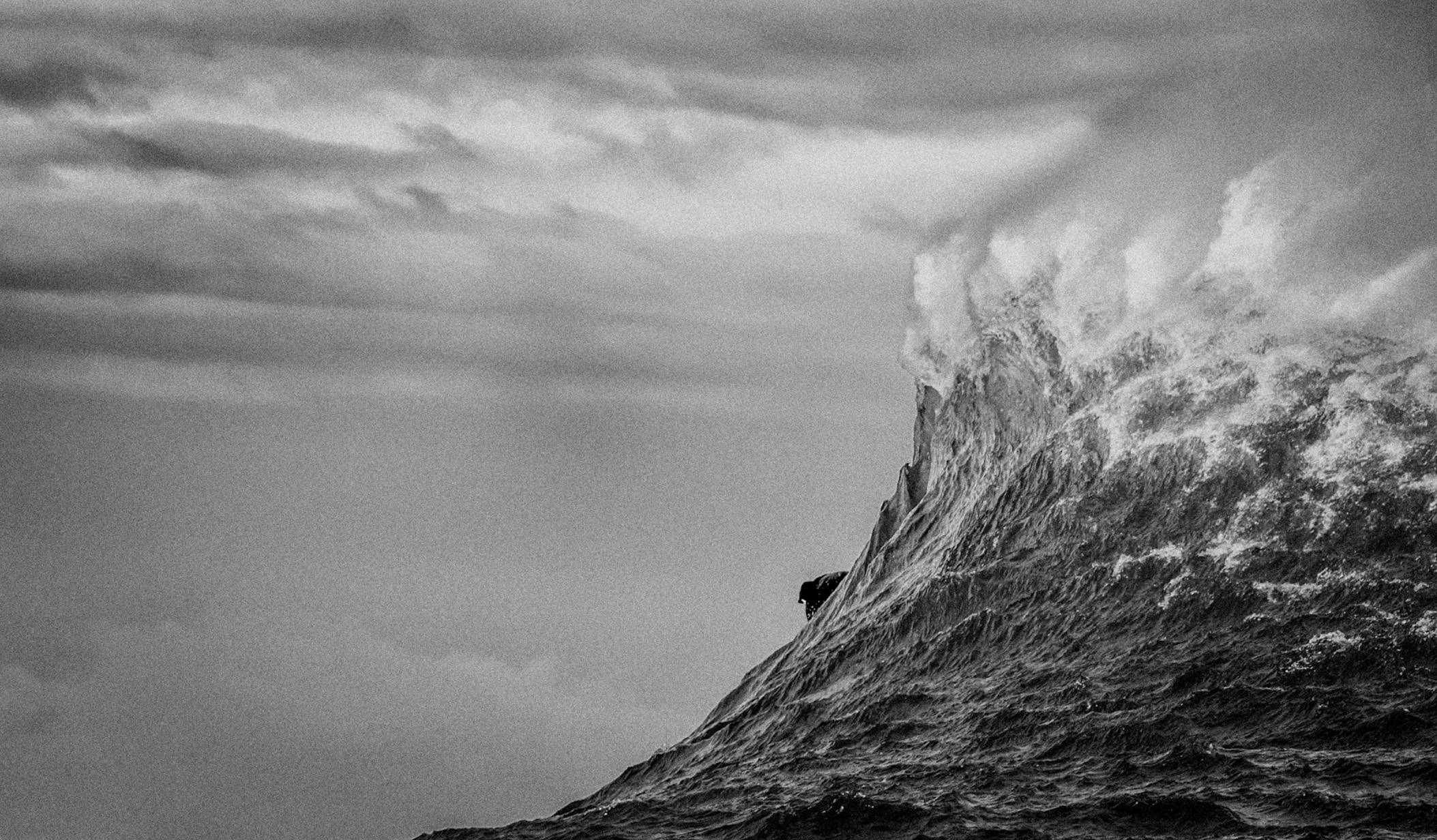 Heavy moments, captured from behind the peak. Image by Sean Thompson.

“The only people for me are the mad ones. The ones who are mad to live, mad to talk, mad to be saved.”

It was really big that morning and the wave was in a foul mood. She was raking her long cold fingers across the charcoal reef tearing kelp out by its roots and hurling it against the rotting ribs of the jetty.

Rogue 20 footers were avalanching out back, turning the normal take off spot into a treacherous cauldron of foam. A small crew were sitting wide 50 meters of that peak. As far as our collective logic told us, the peak was unrideable.

Head down and breathing hard, his already thick chest and shoulders were further bloated with the bulk of an impact vest.

He paddled right past us.

18 years is a long time to court a lady who doesn’t want you to dance with her.

I was screaming into the phone as I drove back over the mountain. It had been an hour since Danny had clawed his way onto an impossible wave. A wave never meant to be scarred by fins, a wave that was only to serve as a terrible reminder of an event that happened many years previously.

It must have been the steepest meanest wave ridden anywhere on earth on that particular day.

But that isn’t where the story begins, it’s where this story ends. 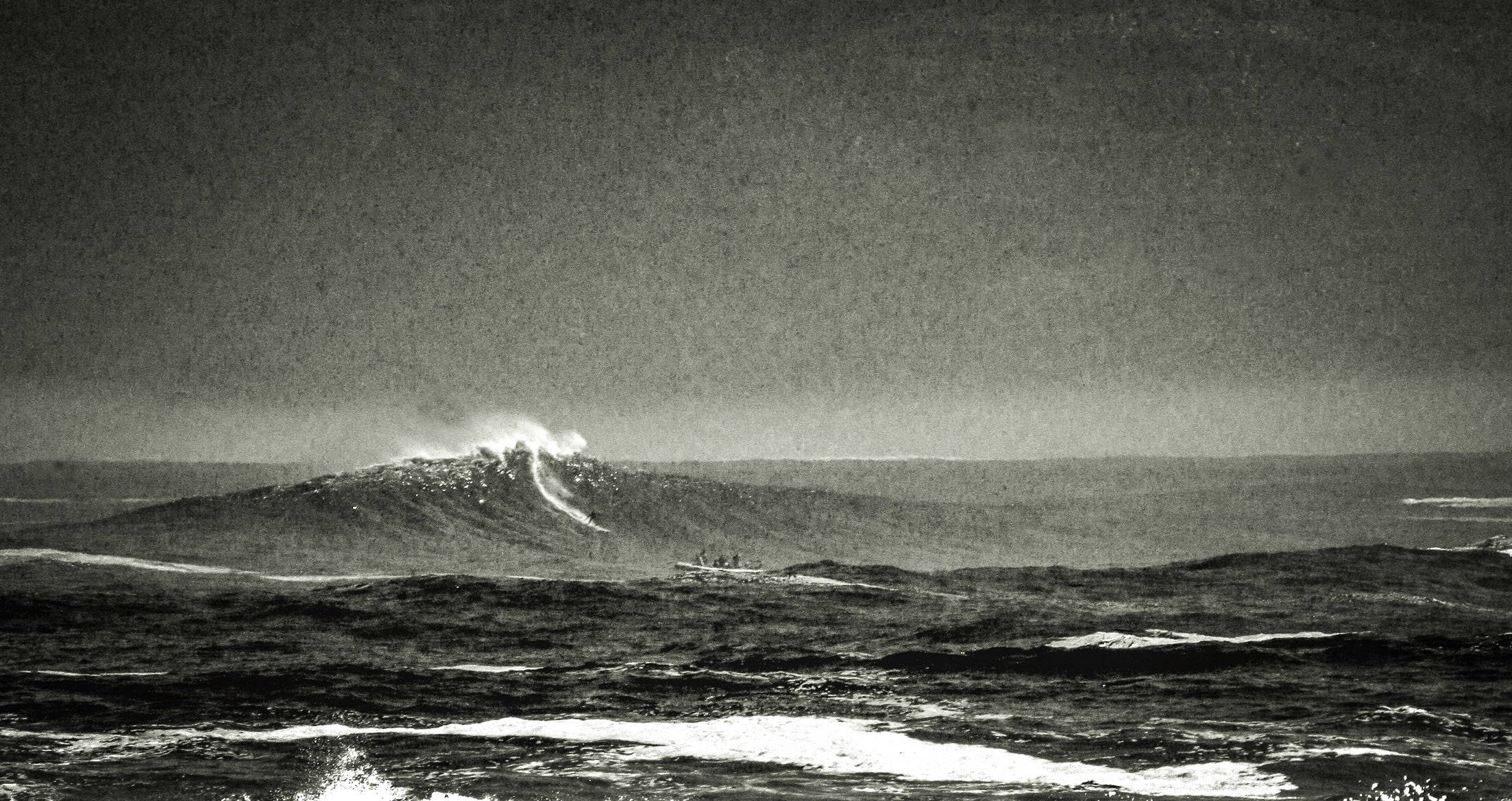 The view from afar... Image by Michelle Douglas.

Wikipedia defines a pugilist like this: One who fights with his fists; especially a professional prize-fighter; a boxer.

Father and son. The pugilists. On that day the two men had pitted themselves against the fury of nature. They had tied themselves to the mast of their conjoined destinies when they pulled on their ragged wetsuits and walked past the crowd of onlookers who had gathered to watch the spectacle of nature unfolding before them. As they paddled out past the rotting jetty, the pugilists were entirely unprepared for what followed. The lady was angry on that day too, and the pair never made it out to the backline. Halfway out they watched in horror as a lone surfer guided his spear down a mountain of water unlike anything either of them had ever seen. Then the wave threw her arms wide and bore down in a spitting rage that enveloped them both.

Danny’s board was instantly ripped asunder as they were buried in an avalanche of water. With hands like huge square spades, Danny dug his way up a waterfall. He surfaced in time to draw a single breath, which was long enough to see his dad’s board tombstoning nearby. He knew that his 50-year-old Dad wasn’t going to make it back to the surface before the next wave hit him.

On that day, Danny thought that the wave had killed his father.

Separated and not knowing where each other were, the two men fought for their lives for the next hour as they were beaten to the canvas again and again by walls of white water. Broken, spent and terrified, they were finally reunited on the beach where father and son sat side by side on the sand and wept. 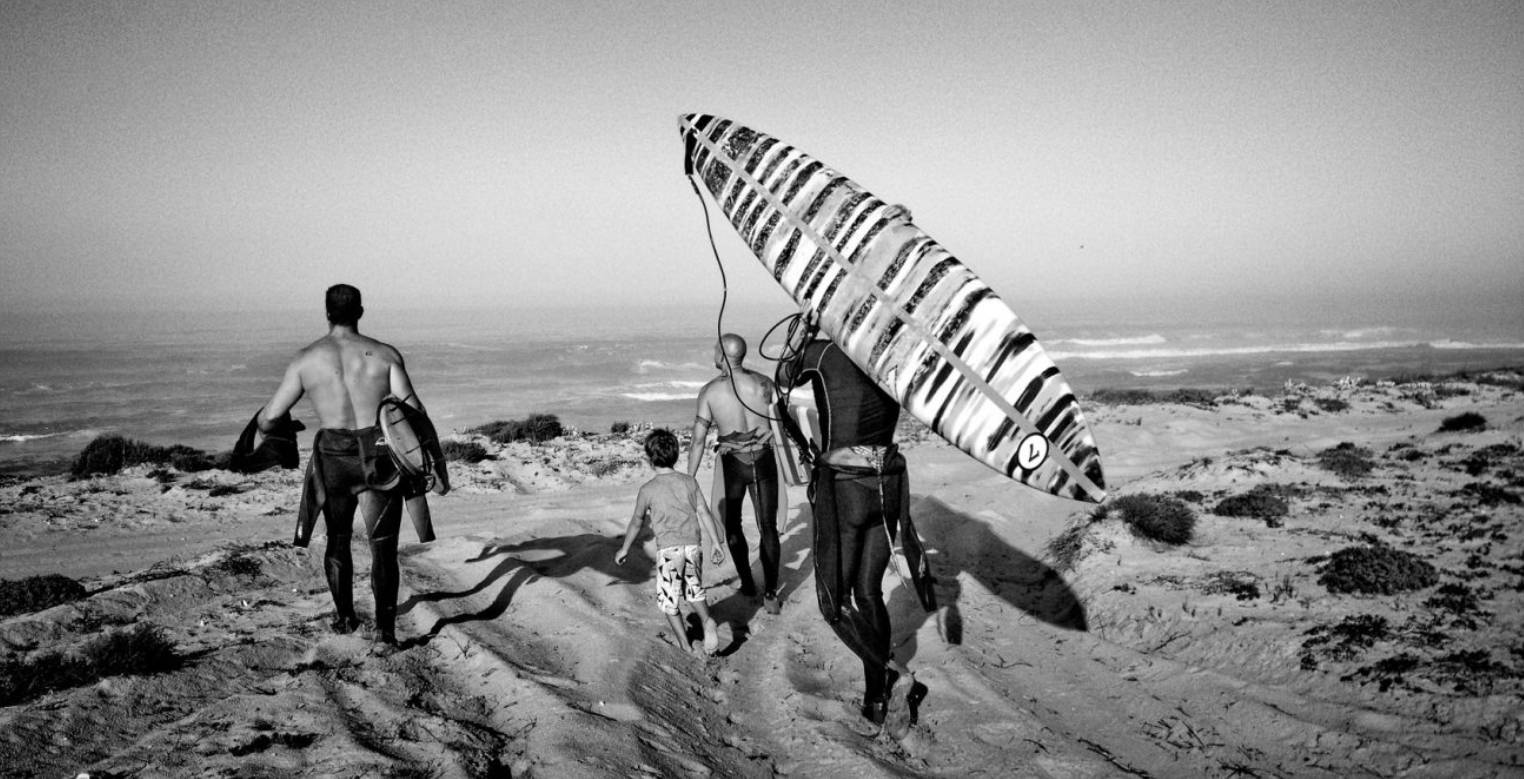 Danny walks out towards the water with his own son... Image by Dougal Paterson

Years passed, with neither of them able to forget what the wave had done to them. The Father aged, mellowed and forgave but the son’s desire to dance with the lady burned ever brighter. The son returned to her again and again and again, his desire to dance unquenchable. Because that’s what pugilists do. They stand there, weaving drunkenly with eyes swollen shut, bleeding and punch drunk, but still swinging their spade like hands at adversity.

That’s why I was screaming into the phone that morning. I’d witnessed the impossible.

The son had stayed in the ring, fighting on for the two of them. It was love and curiosity that pushed him to paddle those 50 meters passed us on that day. The wave had begun to draw whilst it was still hundreds of meters out. A long dark shadow on the horizon traveling faster than anyone could paddle. My throat closed in terror as I watched the pugilist son turn and start paddling for it. He didn’t even look over his shoulder. He was going, no matter what. Already too deep, the wave was drawing off the reef so hard that Danny had almost had no forward momentum. It was like he was going backwards. I thought I was going to watch someone die. As the wave caught him, the tail of his 10-foot gun was lifted so suddenly that he was instantly vertical.

Up until that moment everything was wrong. But in that instant the sons form went from punch drunk to suddenly perfect. The wave had staggered back just long enough for him to sink the rail of his board into the wall. Compressed into a survival stance, with the nose of his board millimetres from ploughing, the pugilist flung his arms wide open and for a moment the sea was his throne. He slid straight down, already behind the peak, disappearing from our view as he guided his board across the twin version of the wave that had almost killed his father.

A man waiting 18 years to settle a score. A son riding for his father. 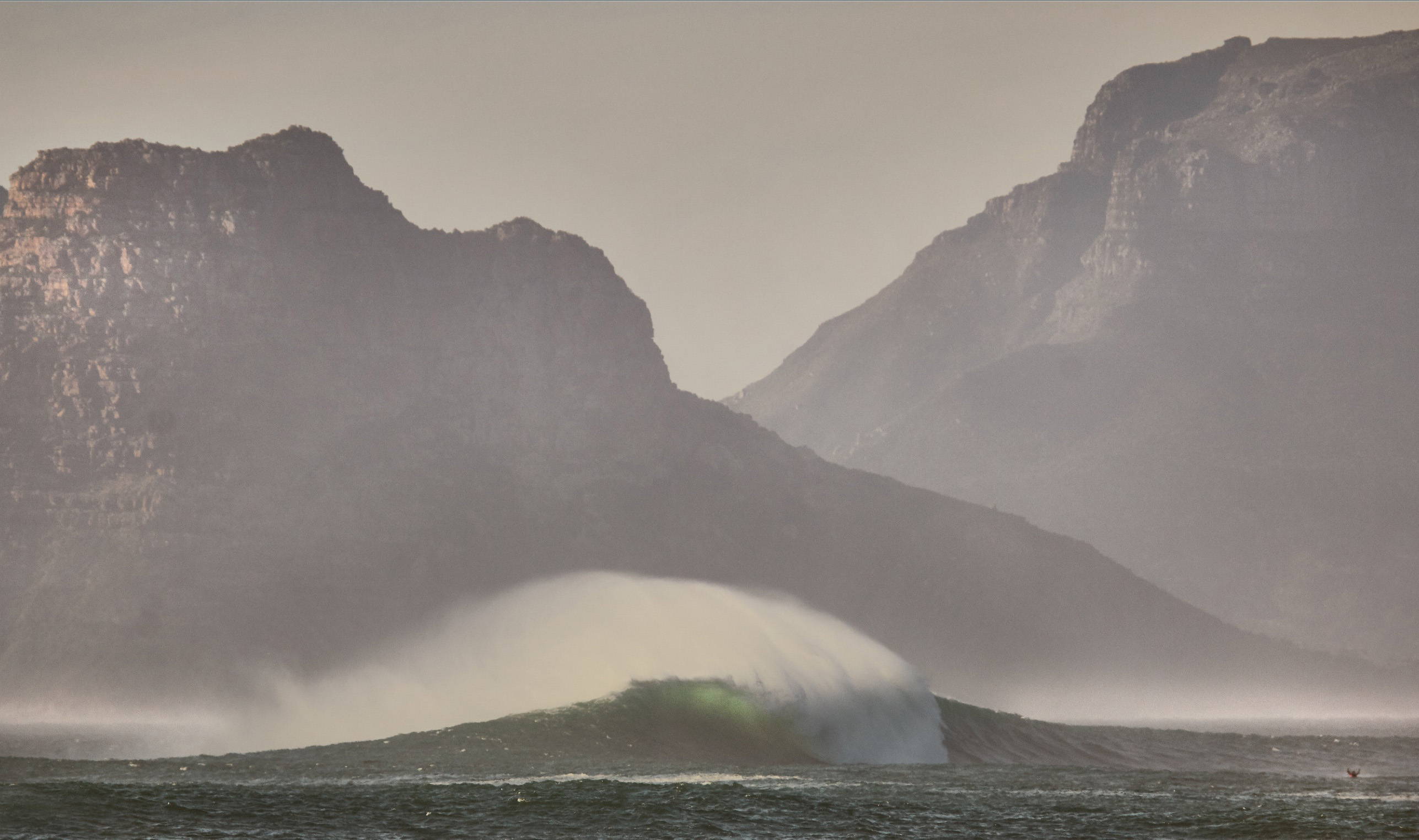 Moments of exultation and ecstasy. Image by Chris Bond.