The Broadcast / Southpaw On The South Shore

Southpaw On The South Shore

In true British fashion, spring saw time-honoured weather variants in the form of the arctic outbreak, The Beast From The East.

No stranger to the cold conditions, Ambassador Sandy Kerr simply kept his hood, gloves and boots on for a couple weeks longer and paddled out regardless. Photographer Lewis Arnold resolute in tow. 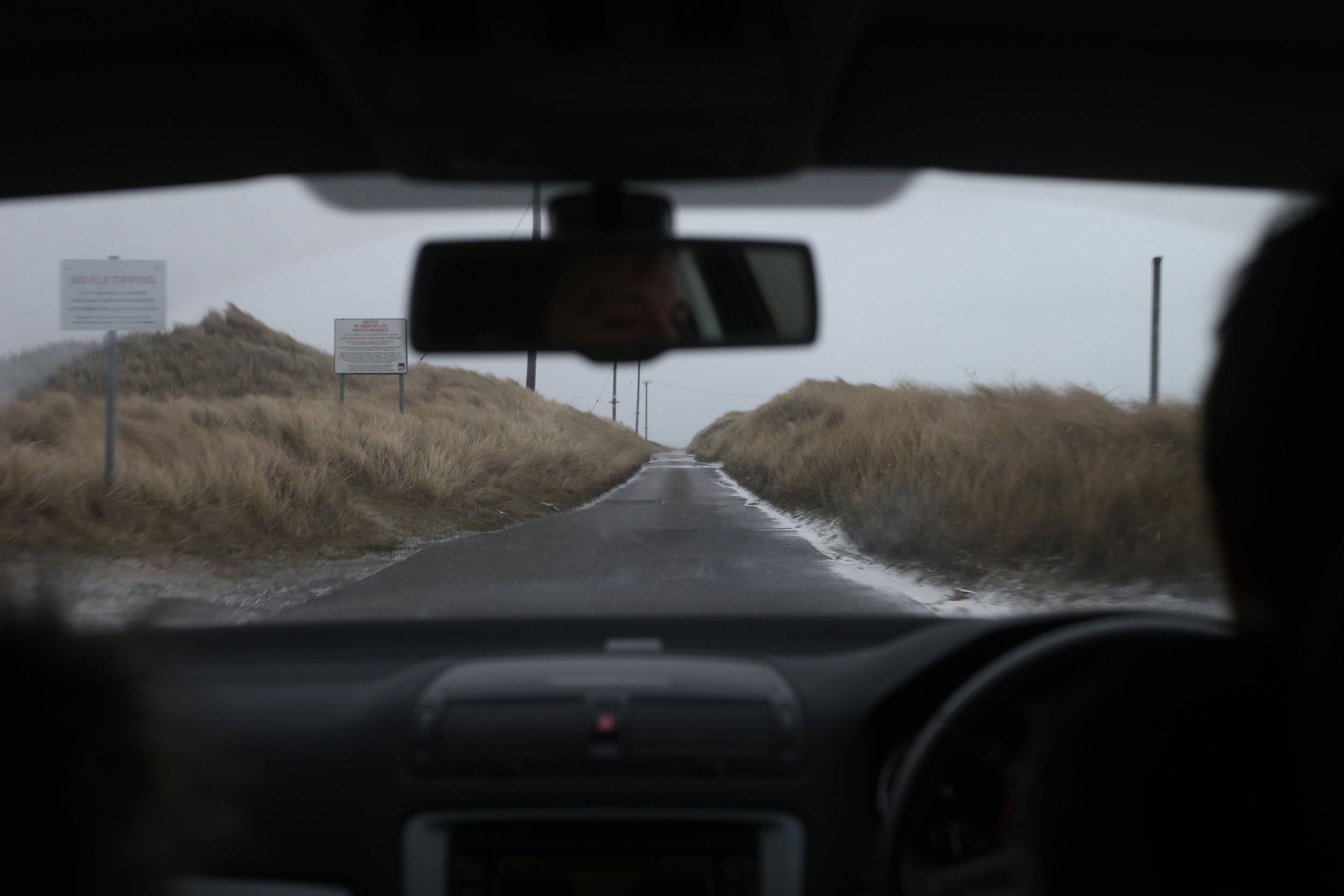 I checked the forecast for home at LAX en route back from Hawaii and was disbelieving of the massive North Sea swell predicted. In our neck of the woods, swells like this are rare but sure enough, this time it materialised, meaning it was on for the local crew at a couple of spots.

Back on Tyneside, Sandy made the call and fuelled by coffee and jet lag, we left early. I'd shot there from the water when it was big with jet-ski backup in the past and hardened by my stint in unruly conditions on the North Shore, I was keen to swim again as we drove.

As we passed the CCTV cameras, graffiti and shut down industry, the contrast with Hawaii was stark in my mind. At the end of the road we parked and stood in the biting wind as the first bomb set smashed through the line-up. I was humbled as the vicious power of the waves became clear and my intention to swim out now seemed ridiculous. Sandy said “There’s a few, eh?” and one of the most brutal sessions of a classic winter was on.” Lewis Arnold. 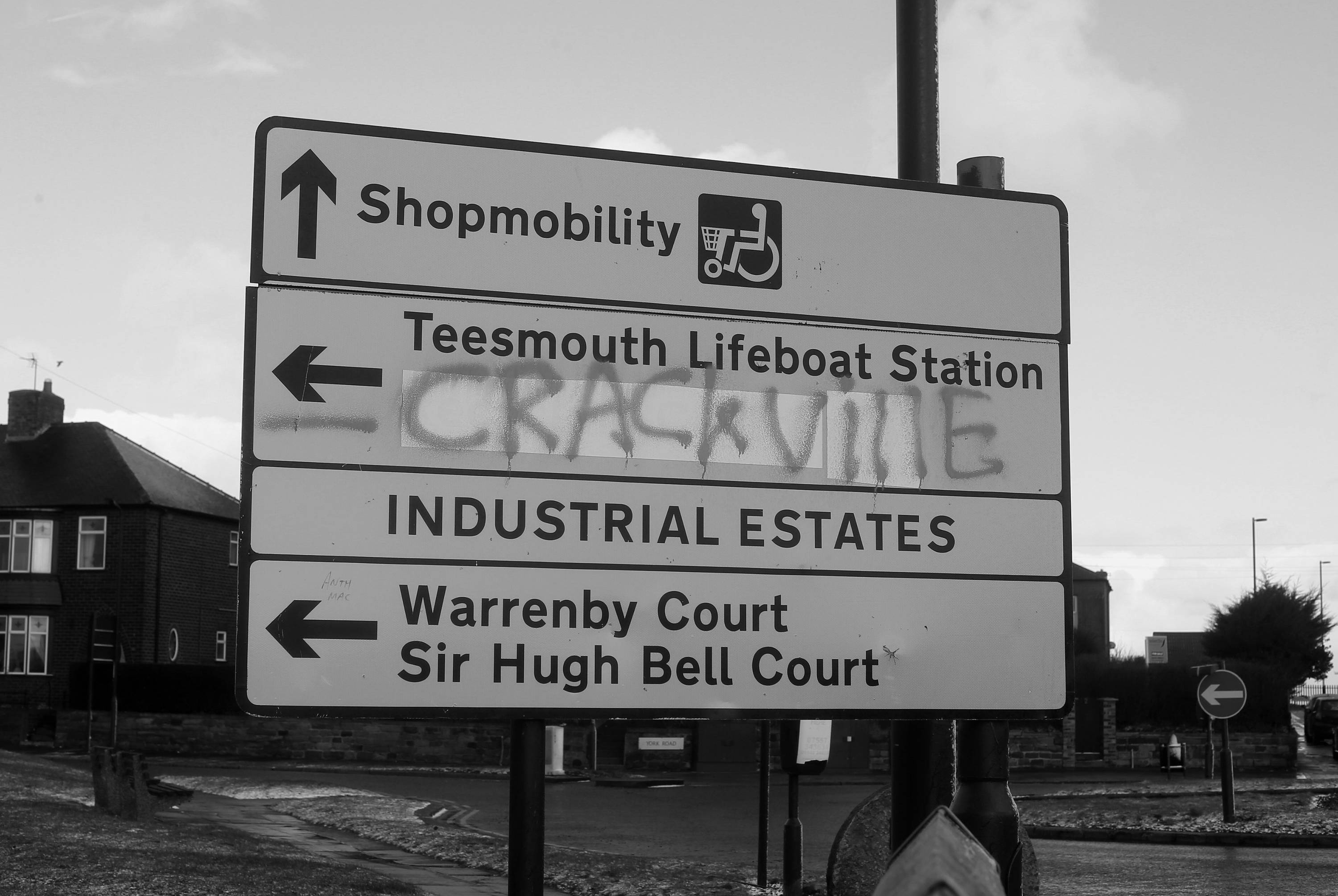 The Met Office forecast temperatures hovering around zero with winds gusting at 43mph and ‘feels like’ temperatures of -9. Add on 14ft of swell and we all knew it was going to be a hard day. We left at 5am and arrived early to see a set come in double overhead with unpredictable sections and a river-like rip running through the inside. It was raw and sketchy but there were big waves to be had if you got the right one so we were in.

The jump rock is unforgiving but I struck lucky and got straight out the back to join Ross, the only other guy out. The first set of the session came through, I rolled into the first wave and did a very cautious turn then set my line for a windswept bowl. This first wave filled me with confidence as I kicked out and the rest of the session I chased a repeat. 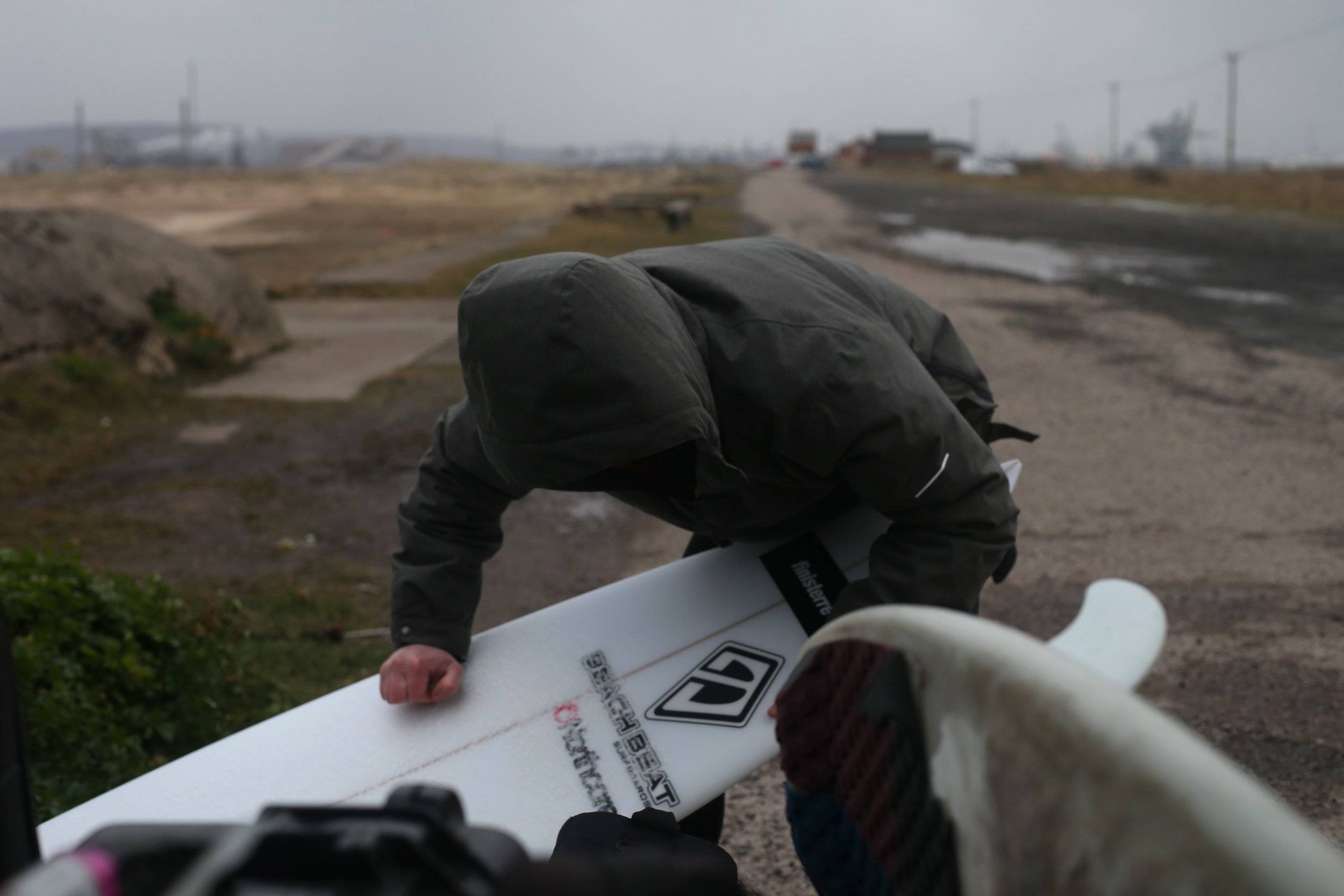 The rip on the inside was like a river no matter if you fell on the take-off or the end bowl, the current whipped you down the point. Wipeouts were bad, getting ragged-dolled over a football field distance without mercy. The water was moving so fast there was zero chance of paddling against it, instead you had paddle towards a shipping lane to break out then begin the long paddle back out.

The long paddle out was against the wind and hail and you could feel the ‘feels like -9’ the whole way. This wave only works a few times a year and almost never at this size so we struggled through it and the stories will be circulating for a while yet.