A South African big wave surfer dedicated to his craft, Fabian Campagnolo spends half of every year chasing XXL swells across the globe. It's a monumental commitment driven by love and passion, rather than personal gain.

Below, Fabian talks us through what his year of swell chasing looks like; from scraping out wine barrels to gather the necessary funds to travel, to hunting down the behemoths of Nazaré and Mavericks. 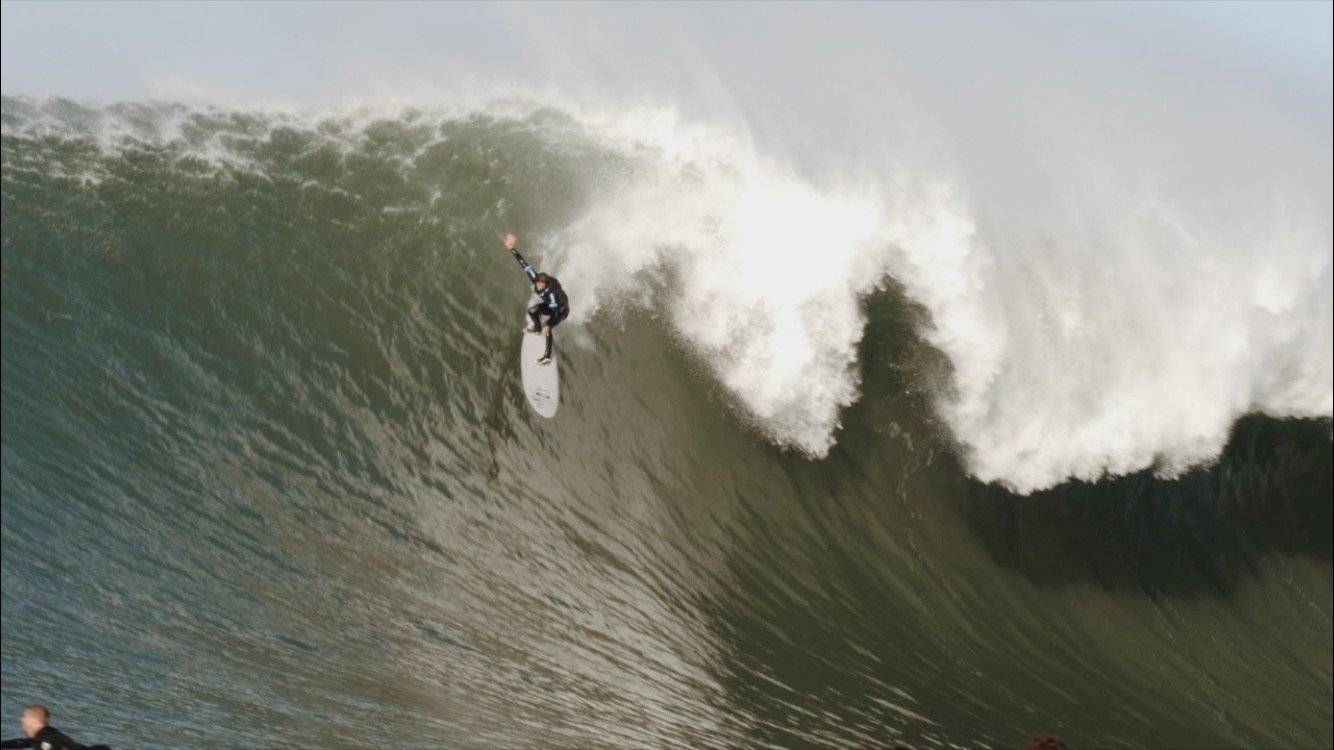 There’s a few surfers who, within their journey as Waterman, find a spark of curiosity inside of them. Feeding this desire means venturing off into the deeper, often darker, ends of the pool where massive waves detonate on themselves, creating powerful masses of energy. We as surfers live for the high this positively charged energy can give us and therefore it’s only natural that we spend most of our time and energy pursuing these sensations.

From my own experiences of surfing conditions that could really be called “life threatening” per se, I have come to realise that some of my most terrifying experiences were always short lived and followed by bliss. This kind of bliss runs parallel with faith. Not faith in anything particularly, but simply faith in the system of things going exactly as they are supposed to. We as humans have some pretty radical little mechanical reflexes in our DNA that can allow our bodies to do some extraordinary things when we are fearing for our lives...

To feel your heart beat drop or to enter a dream like state while being thrashed around by waves has been a sensation that I've learnt to become uncomfortably familiar with.

Over the past three years I have dedicated six months of ever year to chasing XXL surf. Unfortunately, traveling with South African documents and currency is a little tricky and doesn't get you very far in a first world country. To fund my journeys I would spent the first three months of my trips landlocked, two stories underground, scraping the pulp and muck out of wine barrels in Germany. Once the money in my pocket felt sufficient I would go spend two months living and breathing for the big swells that bash Nazaré's Atlantic coastlines. Everything about Nazaré scares me. Gigantic cliffs, gnarly currents and worst of all, shifty peaks that often leave you staring down a wall of water after pulling off your wave. California has always been the last leg of my trip; for me personally the friends and extended family that I have been blessed with here are the reason this place keeps such a high place in my life.

I’ve been in California for a month now and although I missed the insane run of swell that they received here at the start of the year, I still managed to score one epic session that was more than enough to reconfirm that I am always exactly where I need to be. I know had I come to Cali earlier and surfed those consecutive swells I would be in a very different mental space now.

My brain took relentless knocks over the last three years that often left me in a questionable mental space, learning about concussions and the impact that they have on our minds and lives has been my number one priority over this last year. After taking a fin to the head in August last year I completely spun out mentally. The low is instant and unfortunately takes an incredibly long time to bounce back from. 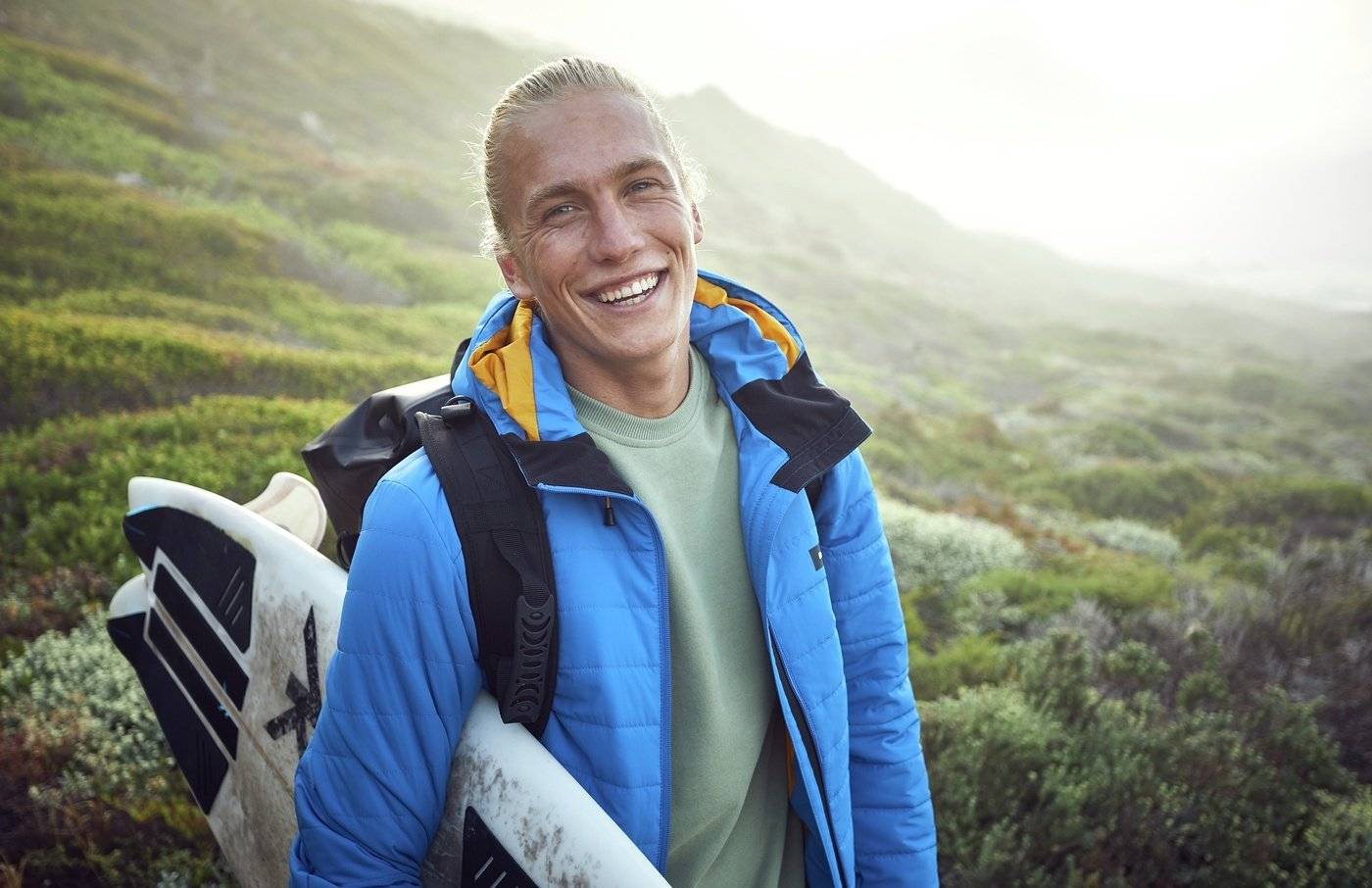 With every week that goes by you think the progress you are making is significant, which is ultimately true but unfortunately the realisation of this progress clarifies and puts into perspective just how far down the rabbit hole these injuries throw you.

I've come to understand more and more about the impact concussions have had on me and can’t deny that the fear of going through a big knock again has definitely reshaped the way I approach each and every session. Our mental space is everything, the voices in our heads can be our greatest ally, allowing us to see things clearly and exactly as they are. Or, they can be our worst enemy and distort every aspect of how we see things. I’m grateful for everything I have and will learn from the experiences that my journeys have put me through, there’s no doubt in my mind that the ups and downs are the most natural part of life and fighting those highs and lows would ultimately mean resisting life.