In partnership with Oceanographic, we've been sharing some of the best stories from the magazine on The Broadcast; bringing different perspectives from around the world to our community of sea lovers.

In the feature article of Issue 18, Beth Finney and Shawn Heinrichs shed unflinching light on the shark fin traders corrupting small communities across Indonesia. For the people of Alor, the insidious practice contrasts starkly with a heritage of deep ocean connection. What does the future hold?

This is an excerpt from that story, exclusive to the Broadcast.

[Warning: contains images and topics that some readers may find distressing] 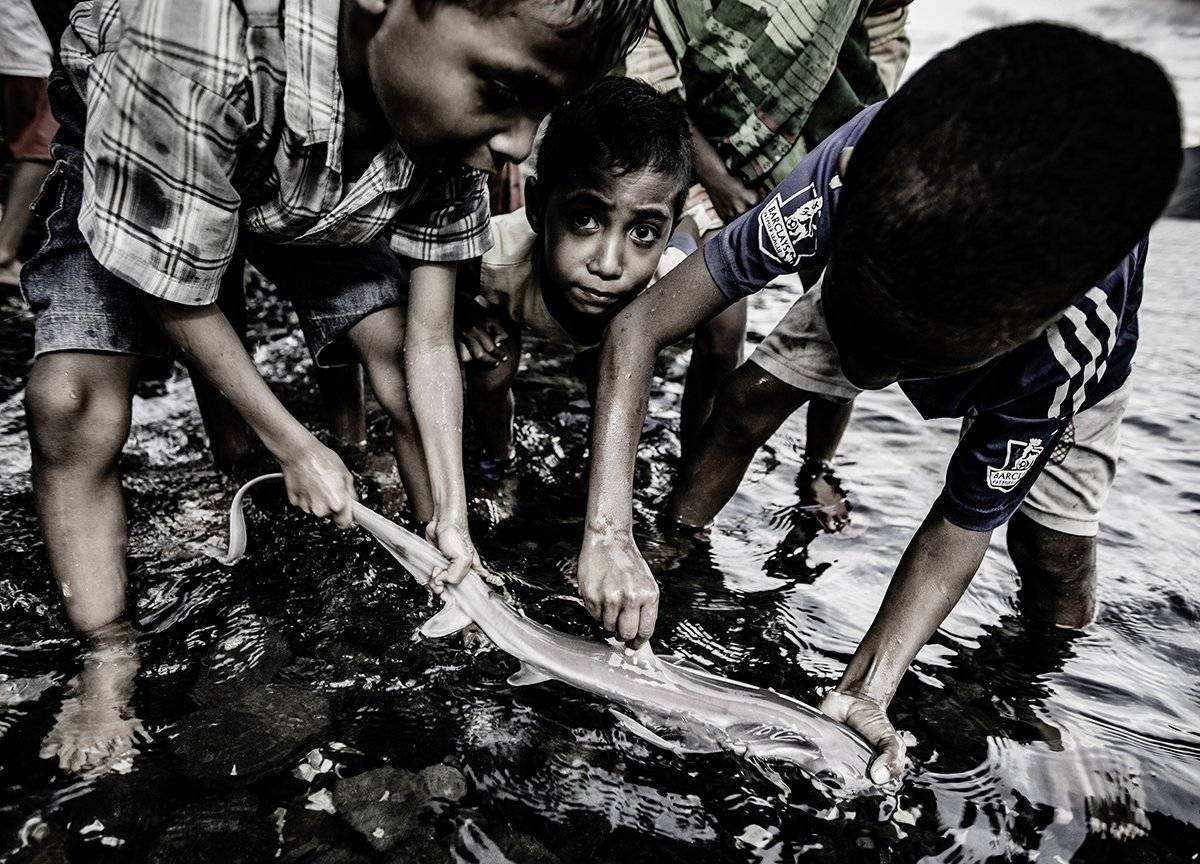 "The first time I saw a live thresher shark was in Nusa Penida, off Bali. We were filming oceanic sunfish and it just appeared. It was beautiful – iridescent silver skin, massive deep dark eyes and a tail that propelled it forward, beating a rhythm like a ribbon in water. It looked so innocent and gentle – there was nothing that indicated aggression. I was captivated by it.”

Shy and elusive, little is known about the behaviours and needs of the thresher shark compared to other pelagic species. Highly migratory, thresher sharks can be found in both tropical and temperate deep waters around the world. Despite their wary nature, they haven’t escaped the threats plaguing all shark species in today’s world. The commercial shark fin industry has become so adept at reaching even the most rural coastal communities, and as a result, their numbers are in steady decline. The thresher shark population of Indonesia, for example, has declined by 80.2% in the past 13 years.

While thresher sharks were officially protected under CITES in 2016, and are also protected under the Indian Ocean Tuna Commission, this is only in terms of trade. Technically shark fins shouldn’t be traded, but these measures can’t prevent artisanal fishing. Currently, we don’t yet have comprehensive enough measures for protections of ocean species in the same way we do for terrestrial species. It’s a loophole that leads to the exploitation of highly threatened species. A report from the Indonesian Ministry of Marine Affairs and Fisheries indicated that juvenile threshers are often caught in the Indian Ocean, either by hand line or in the tuna fisheries’ drift gillnets, resulting in population depletion over the past decades. 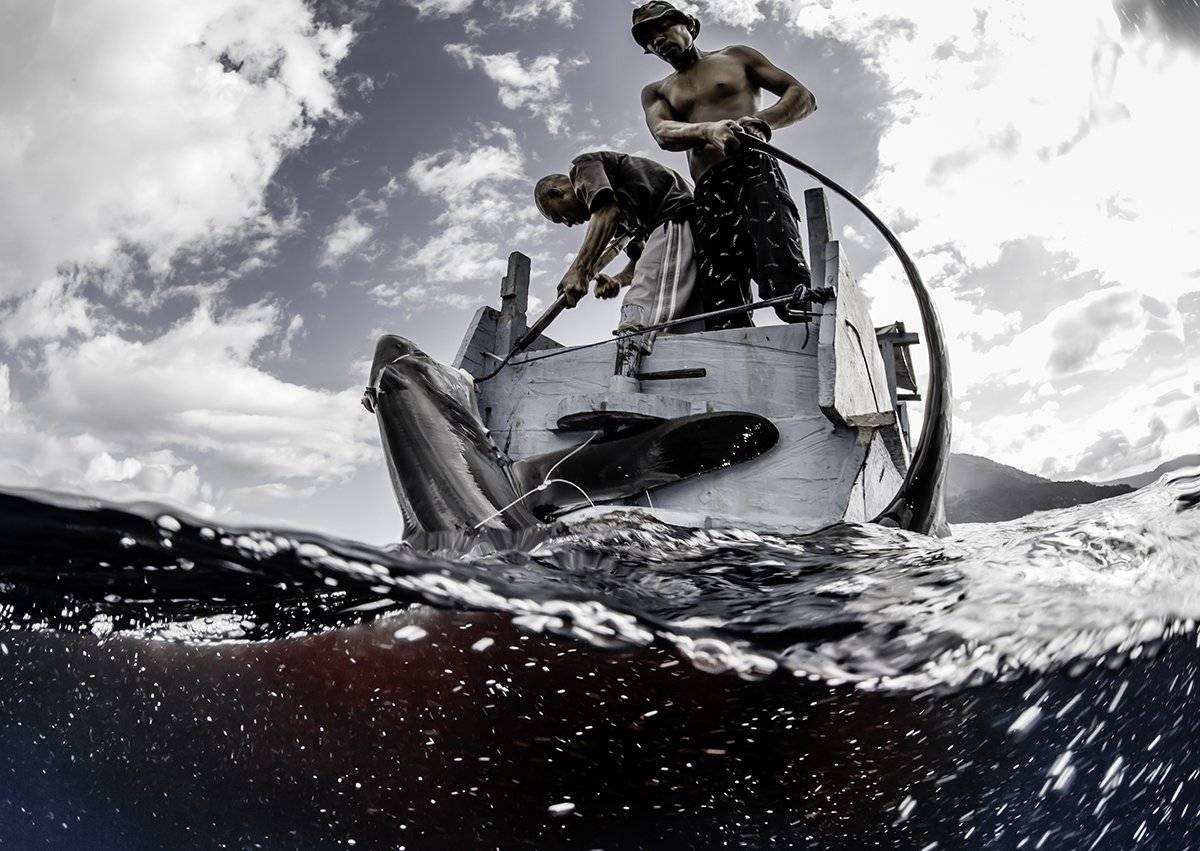 In 2013, some years after his first and, at that time, only encounter with a thresher shark, SeaLegacy co-founder Shawn Heinrichs travelled to Alor, Indonesia, to find out how a once minimal impact shark-fishing practice had taken such a drastic turn for the worse.

“I was a guest with those fishers, and we went puttering out into a channel of deep water with raging currents,” Heinrichs explains. “The fishermen dropped handlines into the water with these elaborate lures at the end that are designed to look like schools of juvenile anchovy – thresher sharks stun them by whipping their tails while hunting. The lines went down and down, to around 200 metres. The line went taught and I watched as these guys hauled it up with their bare hands, pull by pull, as if it weighed nothing. Eventually, a beautiful three-metre thresher shark emerges from the water, the lure wrapped around its long tail.”

After arriving back at the beach and watching more boats loaded with sharks arrive, Heinrichs had to take a moment to reset and remember that this was a fishing community – this was their livelihood. But when he saw a man with a machete moving along the row of carcases removing the fins, he knew something was wrong.

Heinrichs later met with the village elders who acknowledged that catch success had declined in recent years, which had pushed them to targeting thresher sharks. A fin trader had come to Alor and told the elders he would pay them for shark fins, and so began the commercial sale of fins. It is a story that repeats itself around the world. Local communities that go from having a small group of hunters who occasionally catch a shark to a targeted operation where hundreds of sharks are landed each season. 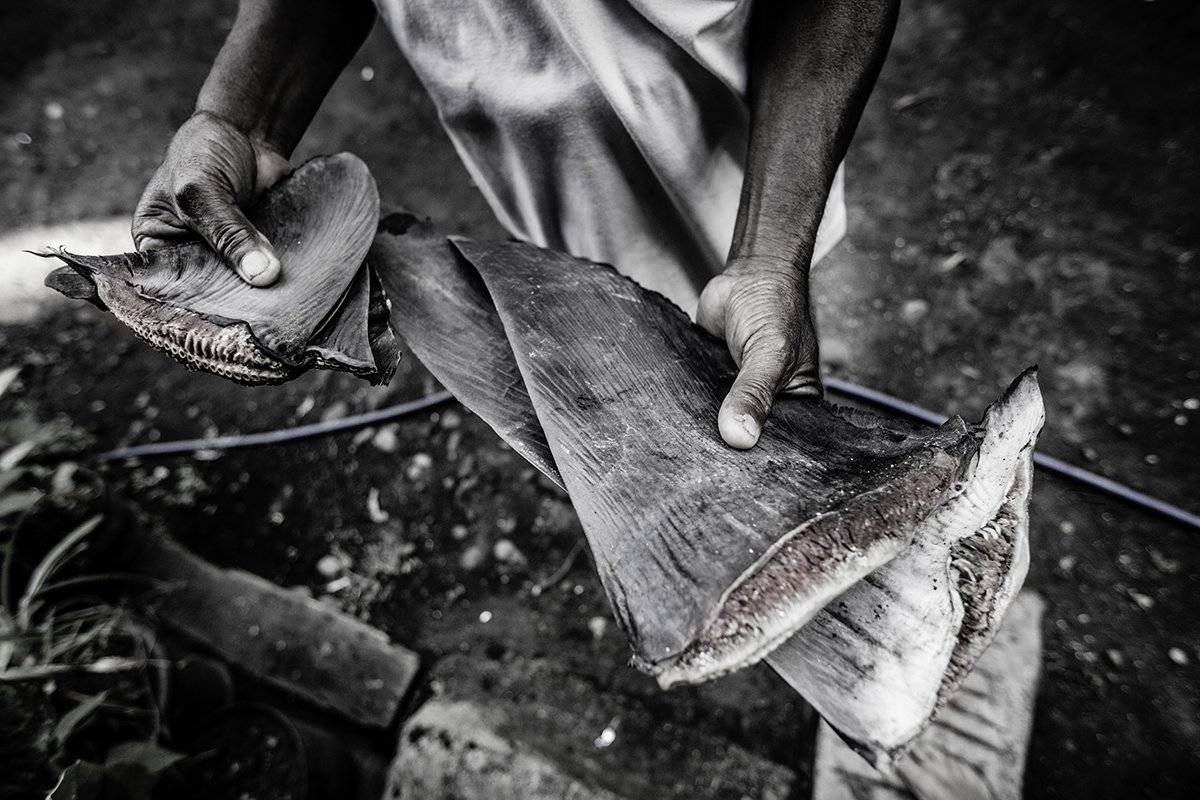 It can be easy to vilify artisanal fishermen – theirs are the faces we see pulling these beautiful sharks out of the water. However, it’s important to remember that these are communities who survive off natural resources. They are people who have lived with the ocean every day for generations. It is likely that as other viable fish species dwindled in numbers, perhaps due to commercial overfishing and even climate change, they were forced to choose between their integrity as nature-conscious fishermen and the need to feed their families and support their communities.

Out of sight, out of mind, are the faceless individuals benefiting from the shark fin trade – a few people in each community who make the majority of the money. The rest of the community receives minimal benefits from the sale of fins...