The Broadcast / Our Friends in the North | Chris McClean

Our Friends in the North | Chris McClean

Visiting old friends is always a pleasure. Chris McClean is a photographer and film-maker of distinguished quality who has worked with the Finisterre crew for years, creating films like edges of sanity and north sea holes. His films are labours of love that have set a gold standard for cold water surf film-making.

Our trip to the North East of England gave the perfect opportunity to catch up, share some stories and hear Chris talk about his work, surfing in the north east and watching Finisterre grow up over the years. 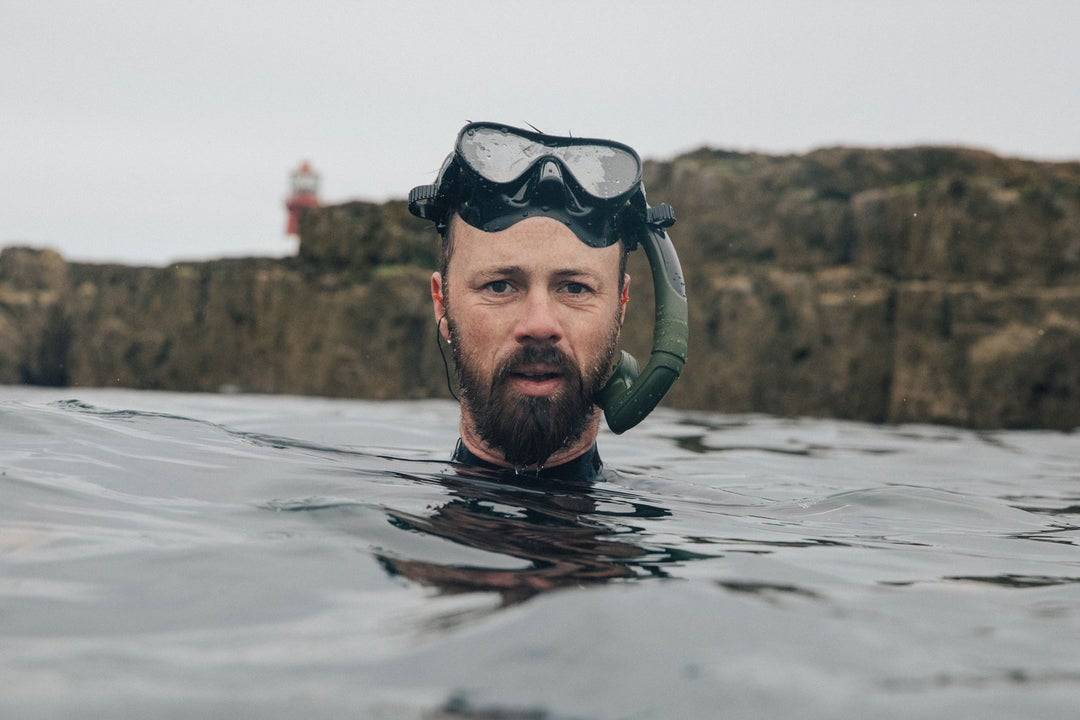 You’ve worked with the Finisterre crew for so long and being such a big part of defining our visual identity. We’ve worked on many projects together so, how has that journey been for you?

It’s interesting. I’ve always kind of been a bit on the outside, because I’ve had other projects going on as well. But yeah, it is probably around seven or eight years that I’ve been involved with you guys and I’ve seen you grow, I’ve seen you go through bad periods and good periods. I’ve seen your stores open and the wetsuit development… Coming through with the wetsuits was a great thing to see happen, because you’d been a cold water surf brand without a wetsuit and we just really wanted you to make one. And it happened, and you make a great wetsuit! So it’s great to have seen that happen from a product point of view.

It’s just been amazing to watch you grow really. And it’s good to see when you go into the stores as well, a lot of the really cool trips and memories are dotted around your stores on the walls. It’s like walking into a photo gallery of good times for me.

We’ve been talking with Tom and Dave about coming to the North East for a long long time, probably since the first time we ever spoke. So to finally get the Finisterre crew to the East Coast, although we didn’t get the best waves, it was really cool to show them some of the locations and to hang out with the guys.

Surfing in the North East is not for the faint hearted, so how did you first get into surfing here, and do you remember your first surf on these shores?

I was about 13 or 14 when I first saw surfing. I pestered my dad, got a board and just got set up. I think I actually surfed in Scotland before the North East, because I’ve got family up there and I know some of the beaches we used to go on holiday to and we used to get waves there.

But when I first saw waves on the East Coast… it was Cayton Bay which is just near Scarborough. I remember being on a family holiday there and just being quite amazed at how perfect the waves were. It was cold, I think it was around March or April and I only had a 3.2 with no boots gloves or hood, but that was my first East Coast surf. I was so excited to see waves, not that far from home, that I stayed in for ages and I remember being so cold when I came in.

So no one really got you into it then. You just saw it, fell in love and went for it?

Yeah, exactly. No one in my family prior to me surfed and I didn’t have any friends who surfed, I just saw it in Cornwall on a holiday and thought, ‘yep, I want to do that’, pestered my dad for a board and there you go.

Edges Of Sanity. from Finisterre on Vimeo.

Are you starting to take your boys out surfing with you yet, to pass on the knowledge? How do they like it?

I have. And I can’t keep them out. They love it, I’m getting pestered on a daily basis to take them surfing now. I thought it was really cool at first, but now I don’t really get to go myself so much. I’m not wishing their childhood away, but I’m looking forward to the next stage when they can paddle out themselves and duck dive and get themselves into waves, because at the moment they obviously need a little bit of help. But it is amazing to see how enthusiastic they are about the ocean already, it’s great.

So, how exactly did you get into film-making then? Was it straight to surf films or was there a progression?

No, there was no progression. I had absolutely no interest in film-making until… well, I had no interest in the technicalities of film-making I should say. Making films is always interesting for a creative person but actually making a film wasn’t really on the radar until we made Uncommon Ideals. A friend of mine was making the film and I was doing the photography. But once I’d obtained that basic knowledge of how to film and frame shots I got really interested in the rest of it, and it all stemmed from there.

I was a graphic designer originally and it’s a great career to cut your teeth with because it’s just basic problem solving that you’re doing daily, and it actually translates to any real creative undertaking quite easily.

What's the most memorable shoot you remember doing in the North East, and what made it stand out?

Probably one of the earliest ones which was called Beyond the Scars, for this simple reason. We had a film, but we didn’t have any brilliant surf in it. No killer sessions. We’d shot it from spring through to autumn-ish, but we hadn’t really got anything. The channel were hassling us for the film and I was about to deliver, and then the week before, a swell popped up…

So I called them, very nervously, and asked if I could have another week? They said yes, and that swell was one of the most perfect East Coast swells I’ve ever seen. So to capture it, and to capture it for that film felt really quite special. Everything came together on that one October day. The sun was shining, the waves were pumping and it was just perfect. 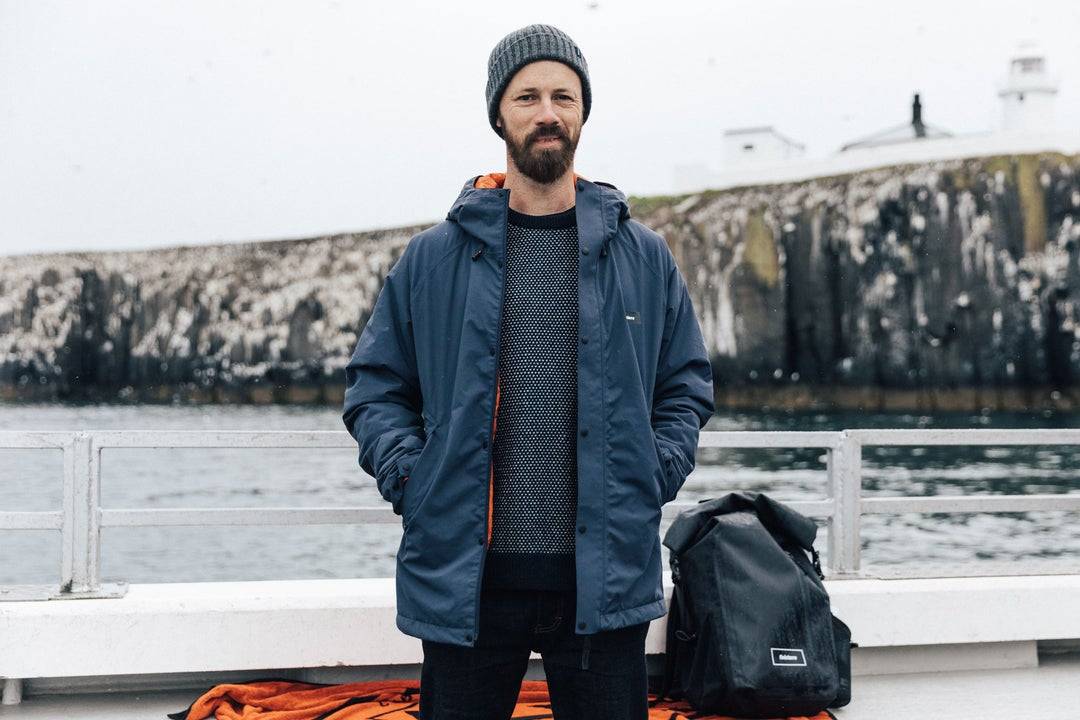 Some of your films really showcase the surfing and coastline in the North East, do you feel a certain duty to capture that well and represent your home?

Definitely. I mean, it’s easier if it’s on your doorstep because you can pick and choose the right days to film, but there is nothing worse than seeing something filmed on a really average day when you know how good the waves can get there and you’re just like, ‘Noooo! It could be so much better than this!’ I know I have that luxury because it’s on my doorstep, but I wouldn’t pick the camera up on an average day at home if I can help it.

Are there ever times behind the camera when you wish you were surfing rather than filming?

Yes… but I think that’s also why I gravitate towards filming heavy waves, because I know I can’t surf them. I know I’m not good enough. So if I’m filming average waves or waves that I want to be surfing, I generally surf them to be honest.

With the heavier waves you can showcase something and be involved in those sessions. Even though you know you’ve got no chance of ever surfing those waves, you feel connected to the surfers and to those locations by filming them and by kind of understanding the tides and the winds and the situations that they’re working in. Like Mullaghmore for example, I’ve got no hope of ever surfing it, and I don’t want to! But I love going there and seeing it and filming it and being connected to waves like that.

Perfect Thurso is the worst, because I just want to go and surf it. Thurso’s a pretty special place to me really, I’ve been going there for so long now. I try and go a few times a year on a swell. All the locals are so friendly and it’s just got such a nice vibe up there that I get really excited to go when winter’s coming.

And it’s a right hander. Most of the good waves on our coast are left handers, so to go there and surf a right is brilliant. It’s just such a fun wave – this incredible, beautiful, perfect right hander. 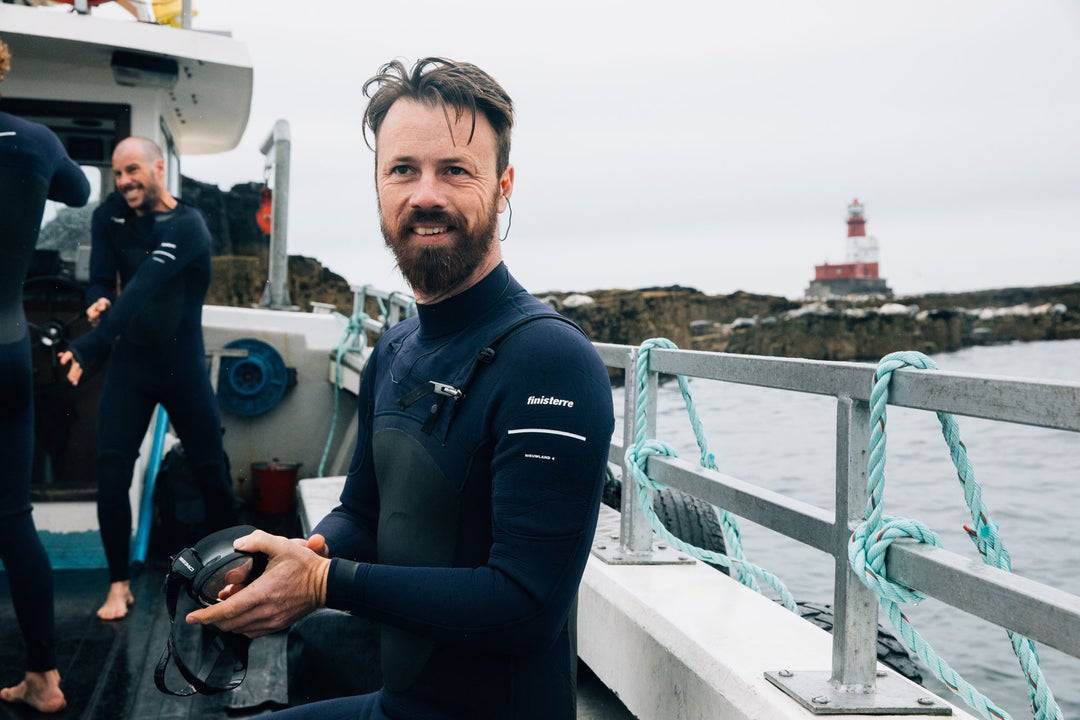 Ok, final question. How does it feel for you to be quite largely responsible for putting the North East surf scene on the map with your films?

Oh… I’m not sure I feel comfortable with it! Haha! I mean, it’s always surprised me, especially in the early days when people said, ‘oh, I’ve seen that!’ I’ve often had pitches come through from big advertising agencies where they’ve referenced the older films like Beyond the Scars, Edges of Sanity, that sort of thing. That always surprises me and catches me off guard because I’m thinking of these guys who are pulling £100k films together for ad campaigns and they’re referencing our work, so that’s quite special.

I always want to do the East Coast justice I suppose, and it’s hard to get those beautiful days, but when they come they’re so good. It’s the most special thing in the world when an East Coast day comes together because the really good days are so rare. When the suns out, and it’s 6-8 foot with offshore winds… there’s only a handful of days a year when it’s really that good.

To be in that place, at that time, does feel really quite special.

Find out more about Chris