168 hours. 141 nautical miles. 9 strangers. 2 sails. And one yacht called Merlin. Navigating from her home town of Falmouth to Milford Haven, join Dr Jo Henley on a voyage in search of ocean optimism... 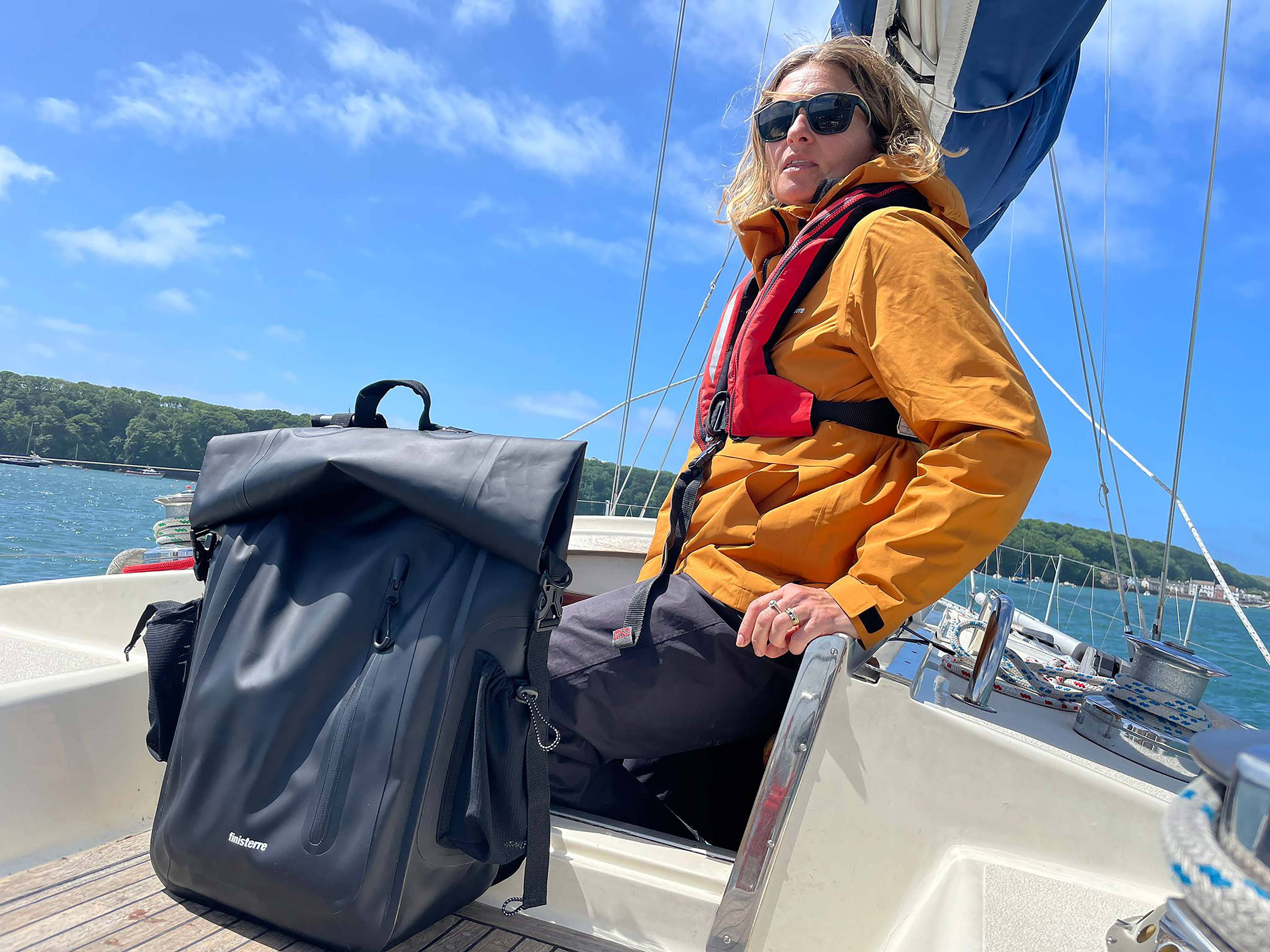 Cultivating ocean optimism can be hard in challenging times, but is fundamental to a more hopeful future of our marine environment. This voyage, in honour of World Ocean Day, sought to raise awareness of the need for optimism amongst new audiences of ocean advocates.

A group of novice sailors, we would chart a course from Falmouth to Milford Haven; learning to read the water, command the wind and hopefully along the way, find and share widely some ‘blue hope’. Guided by Sail Britain and ocean advocate Cal Major, the route was charted to take in some iconic ‘hope spots’ – the isles of Scilly, Lundy, Skomer – and explore their biodiversity. However, with a low-pressure weather system on the horizon, a last-minute change of sail meant we were to chart a longer, more direct and much calmer passage.

It was going to be tough, I was told – slightly too close for comfort quarters with relative strangers, all unsure as to whether they owned a pair of sea legs. My optimism levels had also taken a battering of late, so as I watched my hometown of Falmouth slipping away into the blue and the 41-foot yacht rising and falling in the swell, I was more than a little doubtful. 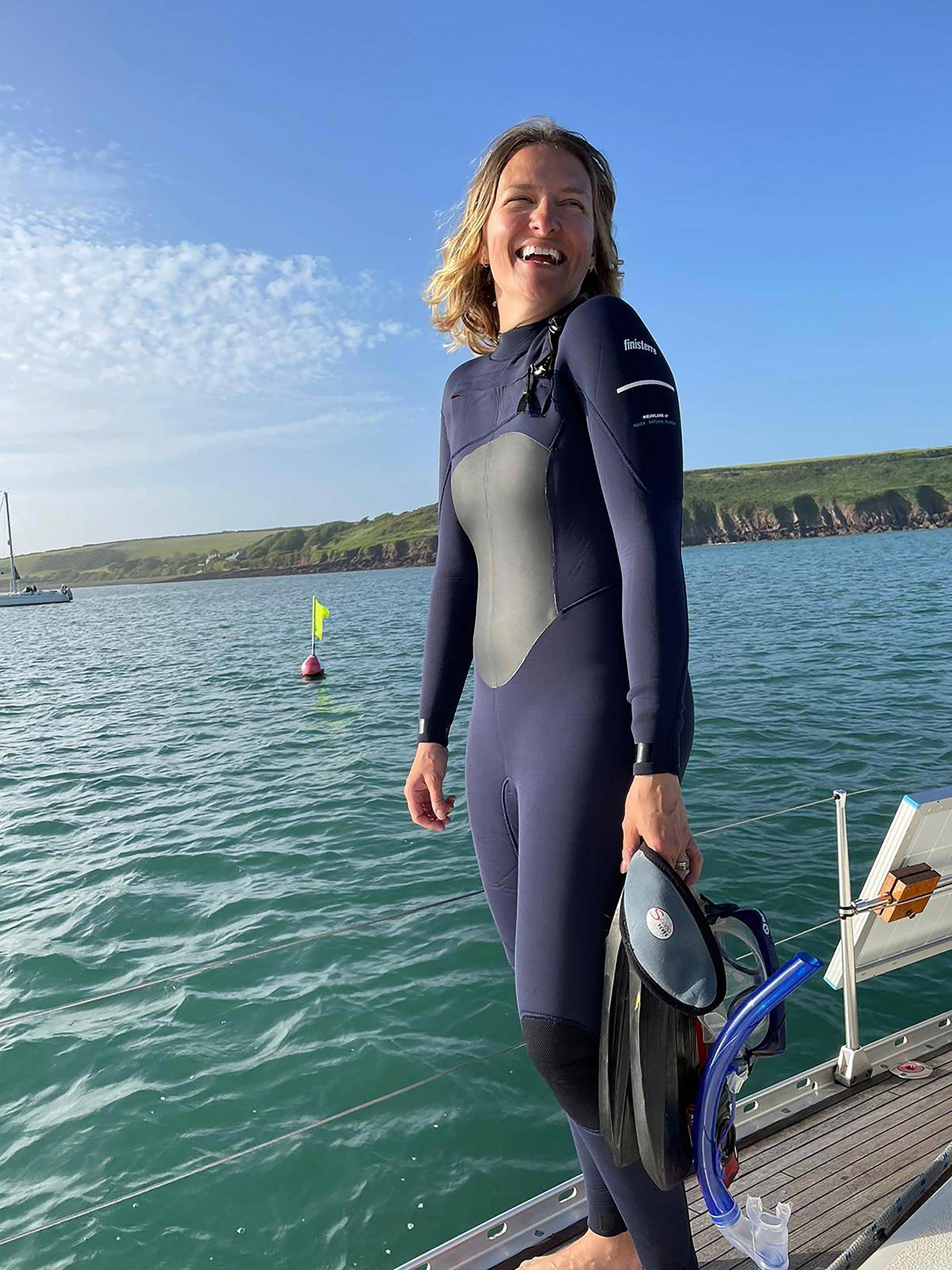 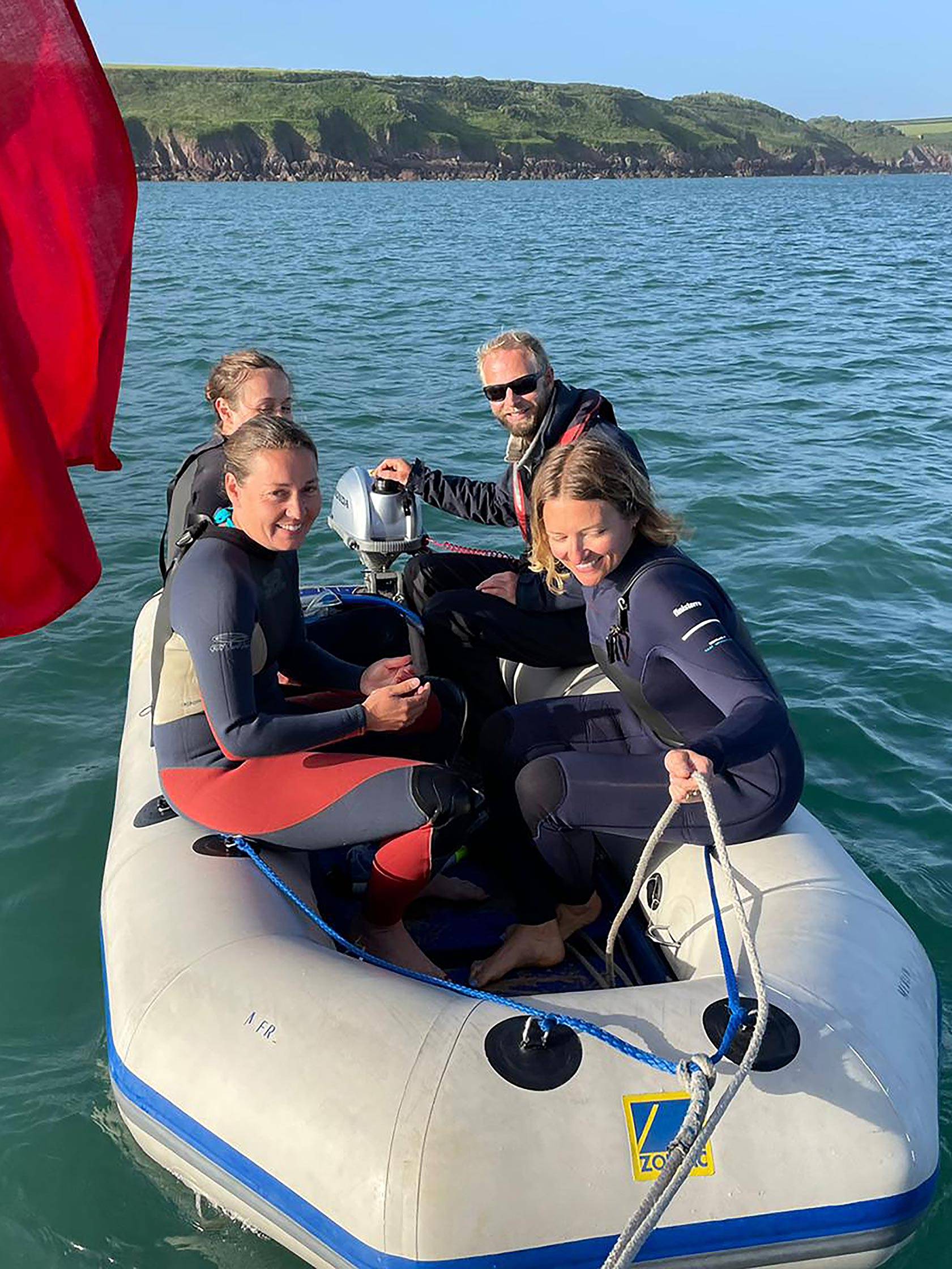 This search for ocean optimism can be challenging on the high seas, with a wonky horizon. But as the deep ocean explorer Dr Edith Widder sees it “explorers are, by necessity, optimists who have to see beyond imagined limits to find a way forward. They push past the scary monsters at the edge of the map … and their tenacity often arises less out of an abundance of courage than from an abiding curiosity.”

And we were certainly curious voyagers, with no shortage of awe and wonder in the patterns of water and abundance of life on and below the surface. We netted for plankton and plastic, chased puffins, debated marine conservation on deck, snorkelled in seagrass and rode waves with a pod of common dolphins.

Despite the weather preventing our planned island hopping, we instead found adventure in the sail itself. The pinch point was the 27-hour continuous sail from Newlyn (Cornwall) to Dale Bay (Wales) to beat the weather. Having at that stage only one day of sailing a rather swollen sea under our belt, we were far from an experienced crew. Helming Merlin at night, at times with no wind in our sails, we felt somewhat lost at sea. But being lost can be an important lesson in being human, to see how we adapt. I took the helm in the early hours, surrounded by the ‘blue of distance’ - as Rebecca Solnit puts it, “the blue at the far edge of what can be seen … the colour of there seen from here, the colour of where you are not and of where you can never go.” In those moments, we submitted to the wind and the water and from here to the horizon, my perception cleared. 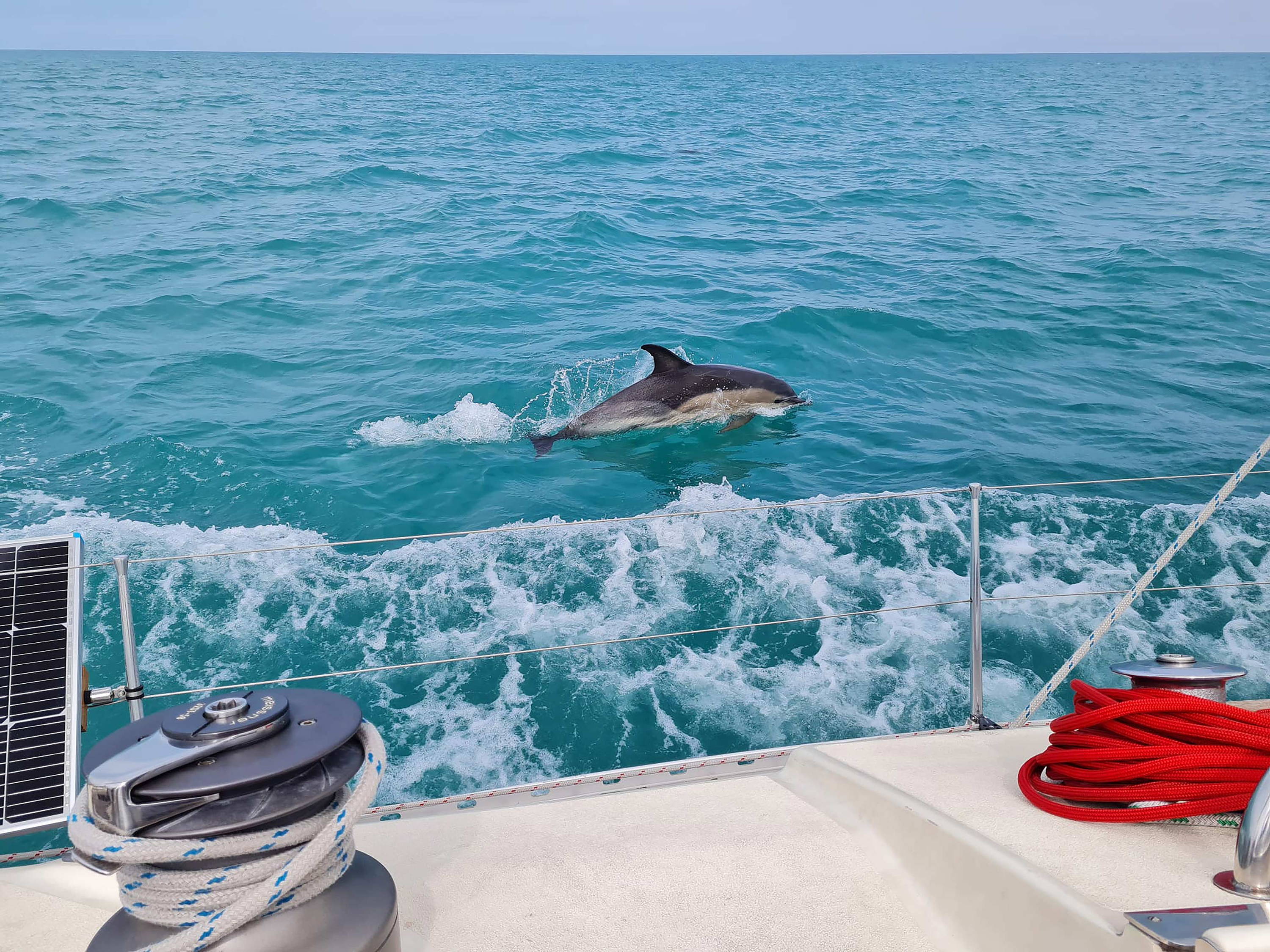 As I see it, ocean optimism is a shared belief in a more hopeful future for the ocean we can all inhabit. One which puts us in the picture and not out of it. In many a mind of the eco anxious, WE are those scary monsters on the map, using and abusing earths greatest resource and last dumping ground. But if we really want to transcend into more ‘blue sea thinking’, we have to learn to live with the sea instead of be excluded from it. Like Merlin – preferring much more to sail with (down) wind than against (into) it.

By the end of our voyage, we had become a team. Two doctors (one medicine, one marine science), two vets (one past, one present), an animator, a gardener, a social worker, a surfer and a skipper. But onboard Merlin we were a crew, connected by sail and a shared story. And whilst we might not have fully fathomed a collective understanding of ocean optimism, what we certainly sailed into was a shared belief in the power of human connection at sea. After all, the ocean is the great leveller…

And ‘blue hope’, if you look for it, is universal. 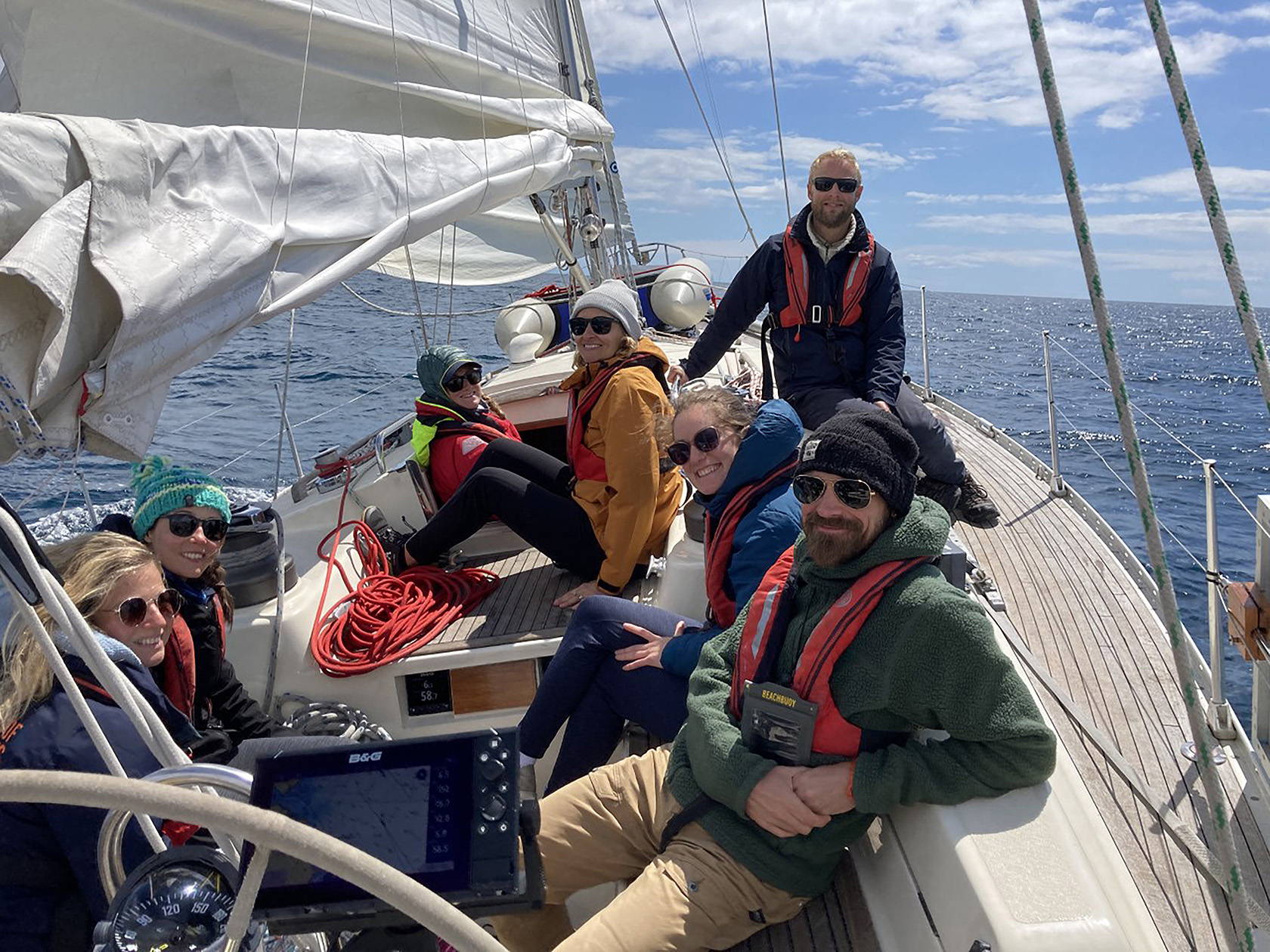 From a group of strangers, to a crew... Image captured by Dr Tom Everett.