The Broadcast / Night On Earth | Behind The Lens

Night On Earth | Behind The Lens

Offering a glimpse into the making of Netflix’s ground-breaking series, Doug Parker is a wildlife filmmaker who has travelled extensively to capture footage of the world’s most elusive and endangered animals. From the frozen Alaskan wilderness to mountain ranges of Chile; where he goes, his trusty Nebulas always follows... 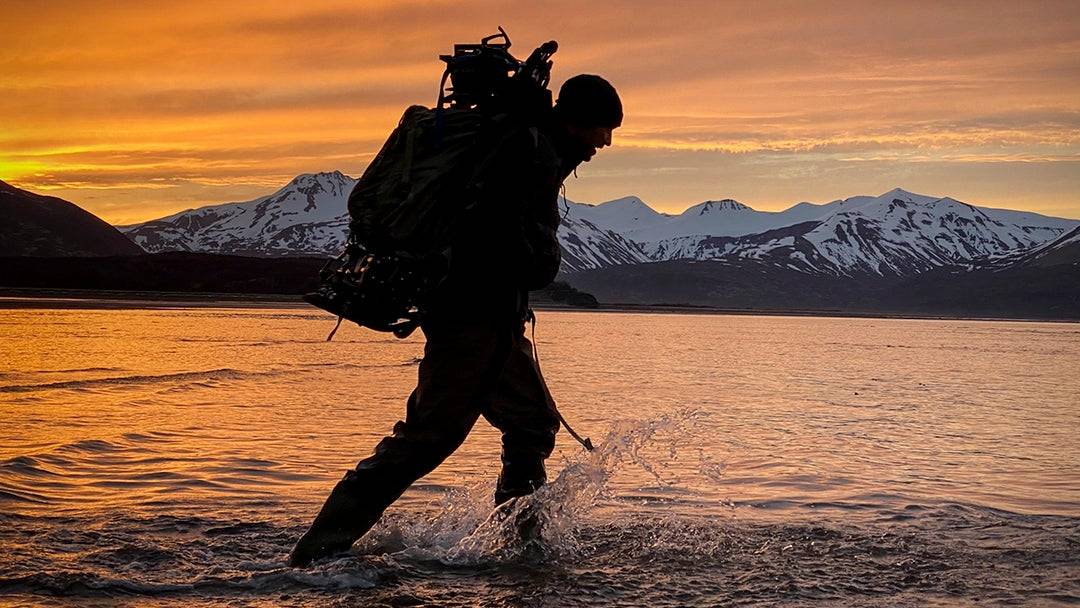 The general motto for a wildlife filmmaker is: “Hope for the best, prepare for the worst”; because no matter how much you plan, risk assess, kit prep and organise… mother nature will always throw something unexpected at you. And unfortunately, I know this from experience.

My name is Doug Parker and I’m a wildlife filmmaker based out of Bristol, UK. I have been filming wildlife all over the globe for the last 6 years; in deserts, jungles, mountains, tundra and oceans. I’ve followed the world’s most iconic animals in an attempt to capture intimate details of their lives and share these with the world. But to witness these events and moments, you have to travel to the darkest corners of the wild; the secret places where uncertainty reigns supreme… the best places.

My most recent series ‘Night On Earth’, for Netflix, took me to some of the toughest and coldest environments I have ever worked in. When filming a series like this you are truly pushed to both your physical and technical limits with regards to filming capability. Not only were we tasked with filming new and interesting wildlife stories, but we had to do it by the light of the moon!

For one sequence, we documented how killer whales in Norway had learnt to associate the sound fishing boat engines with an easy meal. As the nets were pulled in during the dead of night, herring would manage to wriggle free, only to become easy pickings for the orca. To film this we had to be out in minus 10 degrees on the water from sunset to sunrise, poised and ready to film at a moment’s notice. Keeping warm out on the water like this is essential for both safety and morale. My battered and bruised Nebulas jacket however was more than up to the task. I have been chucking this in my duffle for the past few years and it came into its own on the frozen fjord. The structure of the jacket allows me to stay comfortable, but what is key is that it doesn’t restrict my movements, which is massive when you have to hold a behind the scenes camera on your shoulder for hours at a time! 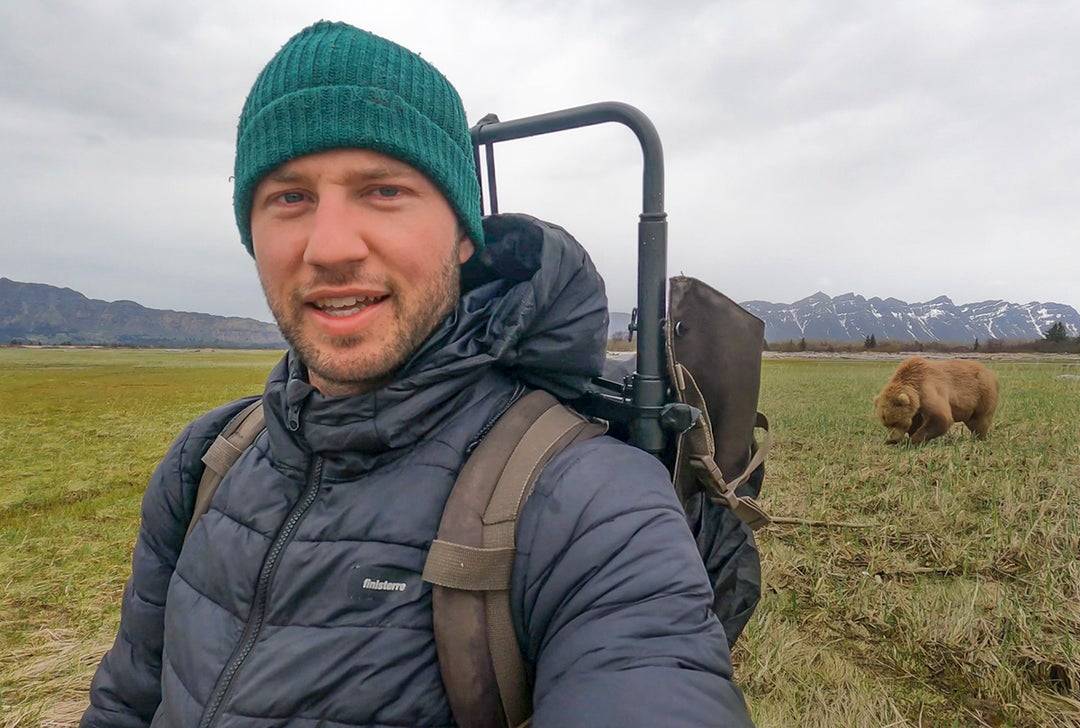 In Alaska we were tasked with filming coastal wolves hunting spawning salmon at night, whilst also having to navigate the massive brown bears that patrolled the streams looking for weary fish. For this we used a modified military thermal camera, which allows us to film even the smallest mouse hundreds of meters away in the pitch blackness in incredible detail. We scouted our location two days prior and found the best concentration of wolf signs in the area. Noting down the location we then returned to base and prepped the kit for the next day. Due to the secretive nature of wolves, we would need to be set and in position at sunset, so we hiked in with the gear and pitched up along the gravel banks of the salmon stream. Wolves are incredibly sensitive so to stand any chance we would have to be still and quiet all night, and when I say all night… I really mean it. Any unnecessary sound, rustling, coughing, shifting of stones could send them running.

The key to being still and quiet in these locations is being comfy, and the key to being comfy is good gear. For me my Nebulas jacket and Rainbird were the perfect combination to tackle the Alaskan night. We had to stay still and when you aren’t moving its important to retain as much heat as possible; the Nebulas smashes this. However, Alaskan weather is some of the most changeable I have ever experienced, so it’s key to always be ready for rain – cue Rainbird. The thin waterproof outer layer bends and stretches perfectly around my thicker jacket, not cutting off circulation or lifting up edges allowing the heat to escape which is essential. However my favourite thing about the rainbird is how quiet it is! The matt finish allows for little shifts of arms and body without the scratchy rustle of other waterproofs, it mutes sounds created by my movements, allowing us to remain as inconspicuous as possible. Needless to say, we managed to get the sequence… and no one got hypothermia!

In Patagonia, Chile, we followed a female puma as she raised and protected her four newly born cubs. We would walk around 13-15km with our puma mother around the windswept hills of Torres del Paine national park each day. Wind speeds would regularly reach up to 80/90 mph, on one occasion gusts picked up tennis ball sized rocks and threw them into a car parked next to us. Again, my trusty Nebulas jacket kept out the wind, allowing me to walk with Furiosa, our puma, from sunrise to sunset and share some of the most memorable wildlife experiences of my life. 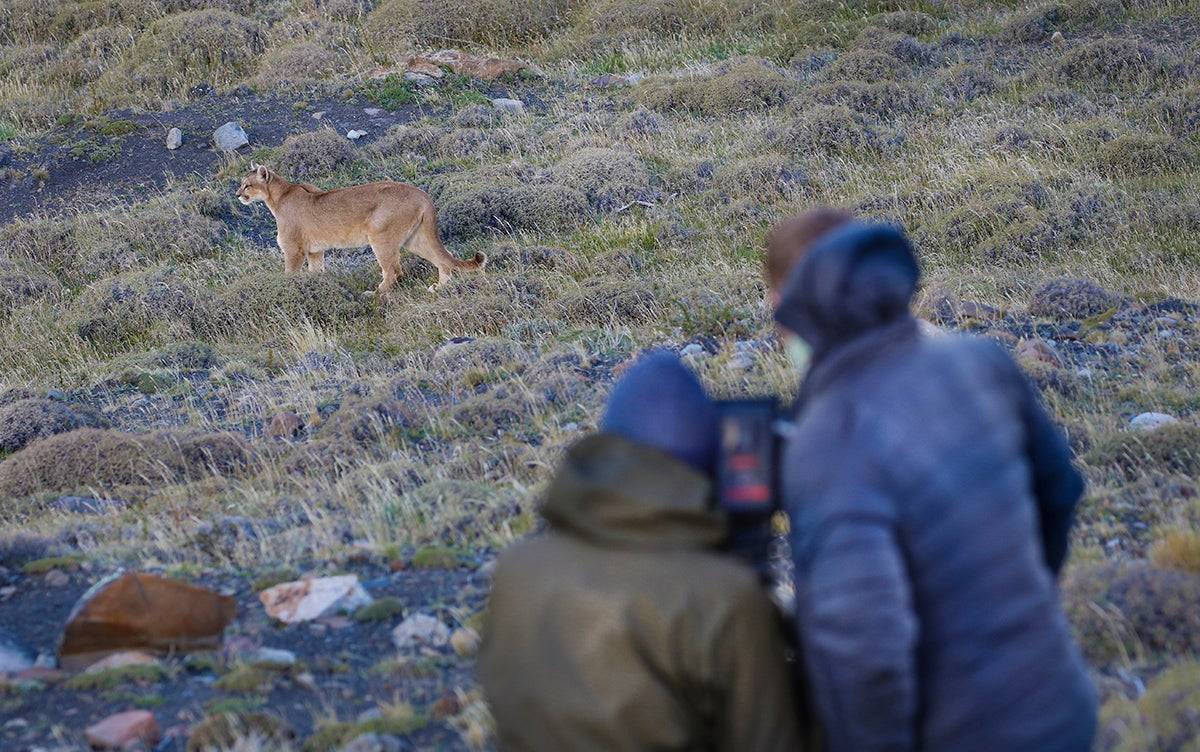 At the end of the day, my job is capture the incredible true stories of the animals that still roam the wilderness and share these with others. I believe wildlife documentaries have the ability to create an emotional connection between people and animals, to inspire and ignite wonder in the imaginations of millions. As filmmakers we have the privilege of acting as this window to the wild for people who may never have thought about it before, let alone seen it. Now so more than ever, the conservation of our planet is a global responsibility, but how can we ask people to protect something that they have never seen before? What I like about where the equipment takes me is the potential that maybe one day it will take you there too.