The Broadcast / Grace Darling | Inspiring Women of the Sea

The seas around the British Isles are famed for producing some of the most treacherous and unpredictable conditions in the world. Finisterre has always supported the RNLI and the brave Lifeboat crews who watch over our shores, often contending with these conditions. They have the best training and the best state-of-the-art equipment, but imagine for a second that they didn’t...

Imagine forging ahead, through monstrous waves in an open topped rowing boat. Imagine there were no such thing as life jackets, or not having a search light, instead relying on lanterns. This was the reality for the early lifeboat pioneers. This is the story of Grace Darling. 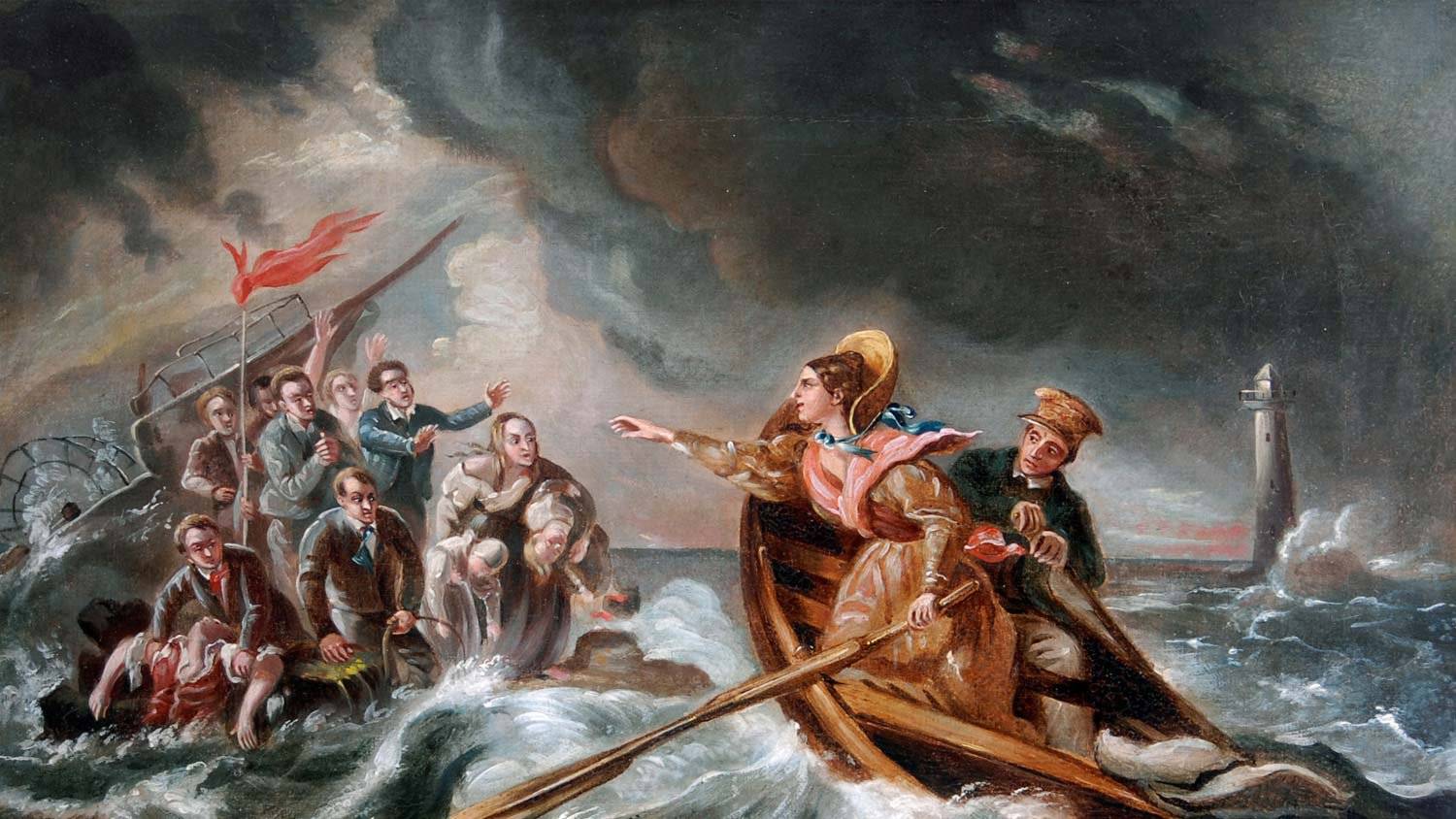 On the seventh of September 1838, in the early hours of the morning, a young girl was about to become a legend. Her heroism would be praised as the height of virtue. She would inspire love, respect and adulation. Painters would travel from miles away for the chance to capture her likeness. Children born a hundred years after her would know her name and her story.

As she prepared for the act that would propel her to fame, the girl knew none of this. She expected no reward, no thanks. As far as she was concerned, she was simply doing her duty.

Born on the 24th November 1815, Grace Darling was the daughter of a lighthouse keeper. She lived on the Farne Islands her entire life, residing at the lighthouse on Brownsman Island before moving with her family to the better positioned (but more remote) Longstone Lighthouse when she was 10 years old. It was a home that she grew to adore. She fell in love with the different moods of the sea; one moment glassy and serene, the next turbulent and terrible. She was known to gaze out to sea for hours at a time and had an uncanny habit of predicting the weather. Living in such a remote location, being in tune with the moods of the sea could mean the difference between life and death. 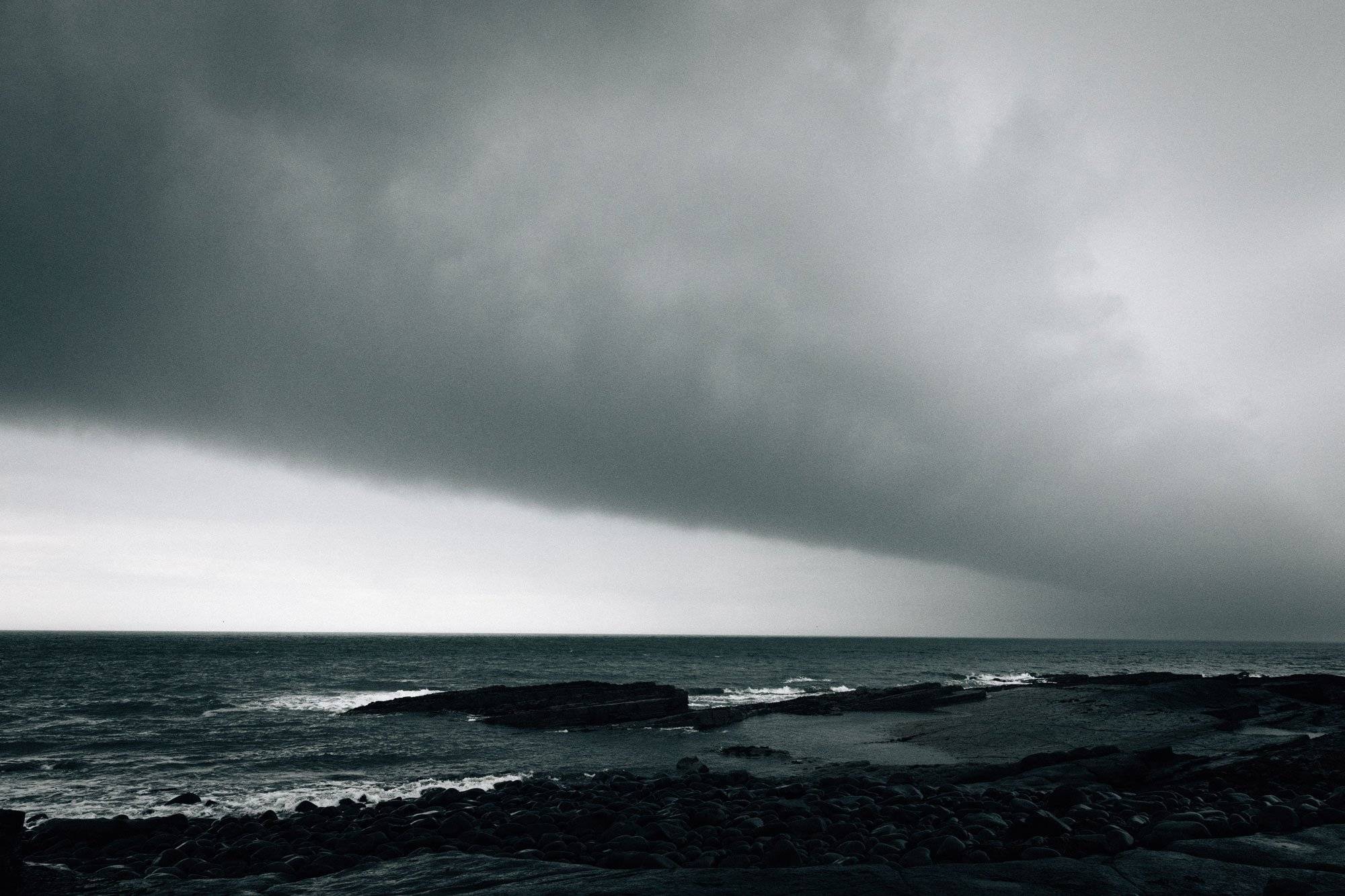 On the seventh of September 1838 the sea was certainly more turbulent than the image above, and Grace’s intuition must have picked up on something. The wind howled and the seas roared as the islands were caught in the grip of a brutal storm. In the early hours of the morning she rose from bed, and from within the thick stone walls of Longstone she gazed out to sea. In the half light of the early hours, saw the wreck.

The Forfarshire was a luxury paddle steamer that had been travelling from Hull to Dundee, carrying 62 passengers and crew. With a cargo of fine cloth and hardware, she was the height of sophistication but all the modern technology in the world was no match for the power of that storm. After blowing an engine the Paddle Steamer drifted into the islands and was caught on the rocks at Big Harcar, breaking in two almost immediately. From her little window Grace peered closer. She thought she could see people on the rocks.

It is important to note at this point that the storm recorded on that day was considered one of the worst in living memory. Fishing villages were battered. Ships were sunk. Lives were lost. It is hard to say how the severity of the storm would be classed today, as weather measurements at the time were limited, however we do know that with the conditions as they were, William Darling believed that it would be impossible for the Sunderland lifeboat to launch. Being a lighthouse keeper was a sacred duty, a matter of life and death, and the Darlings felt honour bound to help. There were people in the water, dying.

With only Grace to assist him, William put out in the 21ft Coble they usually used to row back to their vegetable garden on Brownsman Island. The small, open topped rowing boat must have seemed like a child’s toy bobbing on the violent seas. With all their strength the two rowed out to Big Harcar, taking the long way round to stay on the lee side of the islands. They hauled out as many survivors as they could fit into their tiny boat and set off back to Longstone, Grace’s father returning with three of the crew to rescue the remaining survivors. They saved nine people from a hungry sea that day, and Grace would forevermore be known as a hero. 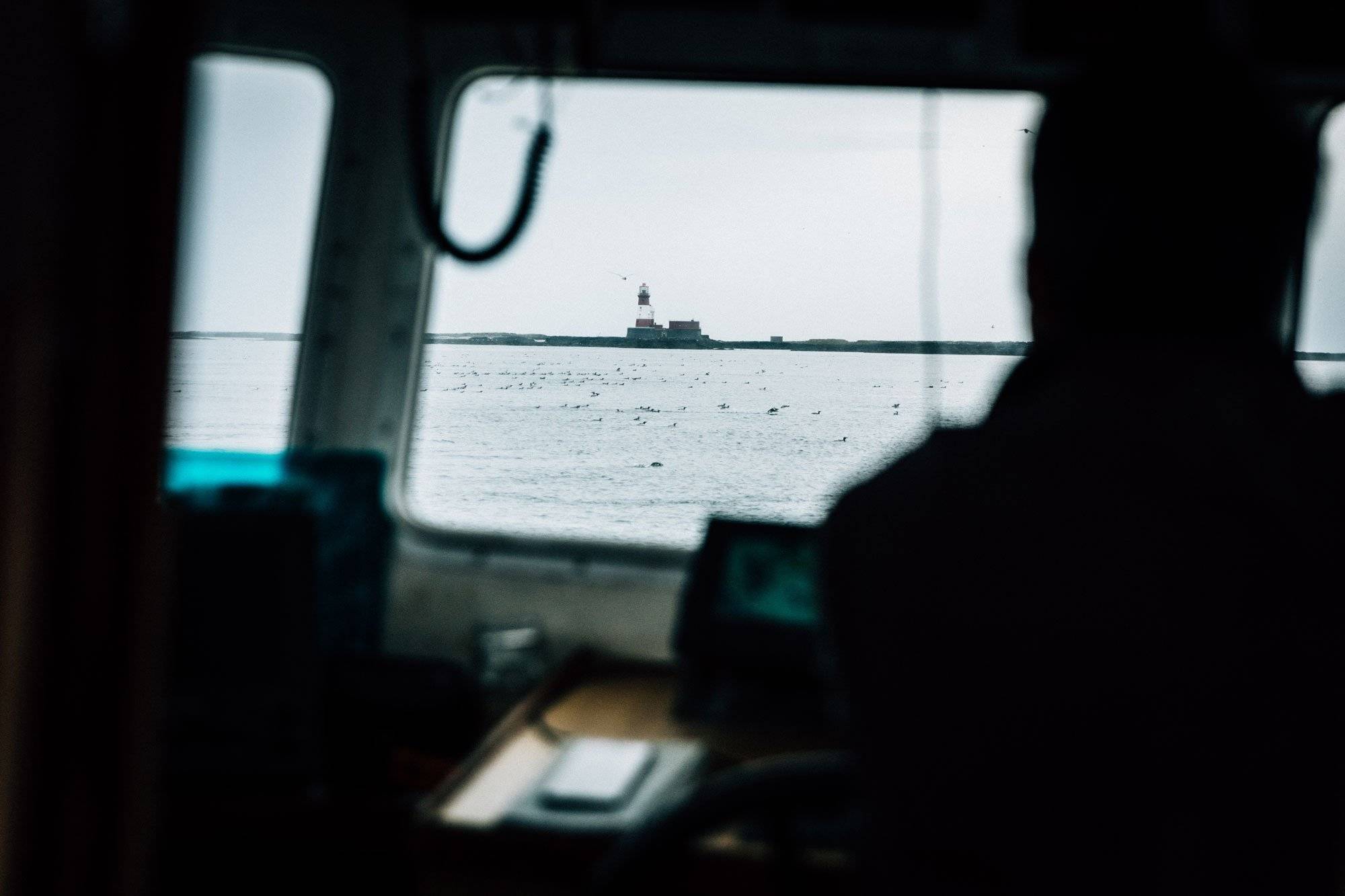 The story of Grace Darling could be told in more detail than we have here. It certainly deserves it, considering the bravery that was shown. What we find most inspiring though was what happened afterwards. The story took on a life of its own, spreading even to Queen Victoria herself, yet Grace was never comfortable with her fame. She retreated from society, back to her home at Longstone, and to her dying day refused to see what she had done as heroic. She was a simple lighthouse girl who had done her duty, like any good person would.

The combination of her bravery and humility captured the Victorian sensibilities of the age. She and her father were awarded the Silver Medal for bravery, Grace being the first woman to ever receive such an award, and her actions in large part galvanised support for the institution we now know as the RNLI. She remains a guiding inspiration for modern lifeboat volunteers to this day, her bravery often cited as a motivation.

Modern Lifeboat crews still have to compete with the treacherous seas that surround our islands. Today’s crews are well equipped for the job, with state-of-the-art technology and the most rigorous training available, but the spirit of Grace Darling endures. The vast majority of Lifeboat stations are manned by volunteer crews; ordinary men and women who want nothing more than to save lives at sea. They don’t do it for glory, or praise. They do it for the same reason as Grace did. Because someone has to.

If a young girl of 22 could do what she did – with no radio, no life jackets, no sonar, no weather forecasts and putting out in an open topped boat with no engine – what’s stopping you?

The RNLI runs 238 Lifeboat stations around the UK’s coastal waters, mostly manned by volunteers. 95% of the funding for Lifeboat stations comes in the form of donations from the public. More information on donating to or volunteering for the RNLI can be found on their website.