Last November, Lindsey swam the length of the Thames dressed as a mermaid to highlight how we’re choking our marine life with plastic. Not only did she find tons of manmade polymers, but she also discovered the wonderful community of outdoor swimming.

She was so moved that she decided to meet more wild swimming communities across the country by cycling to the Scottish Cold Water Swimming Champs, meeting swimming groups en route. High on adrenaline she decided to carry on, all over Britain – from Shetland to the Isles of Scilly. Wherever she received a swim invite, she cycled to and swam… 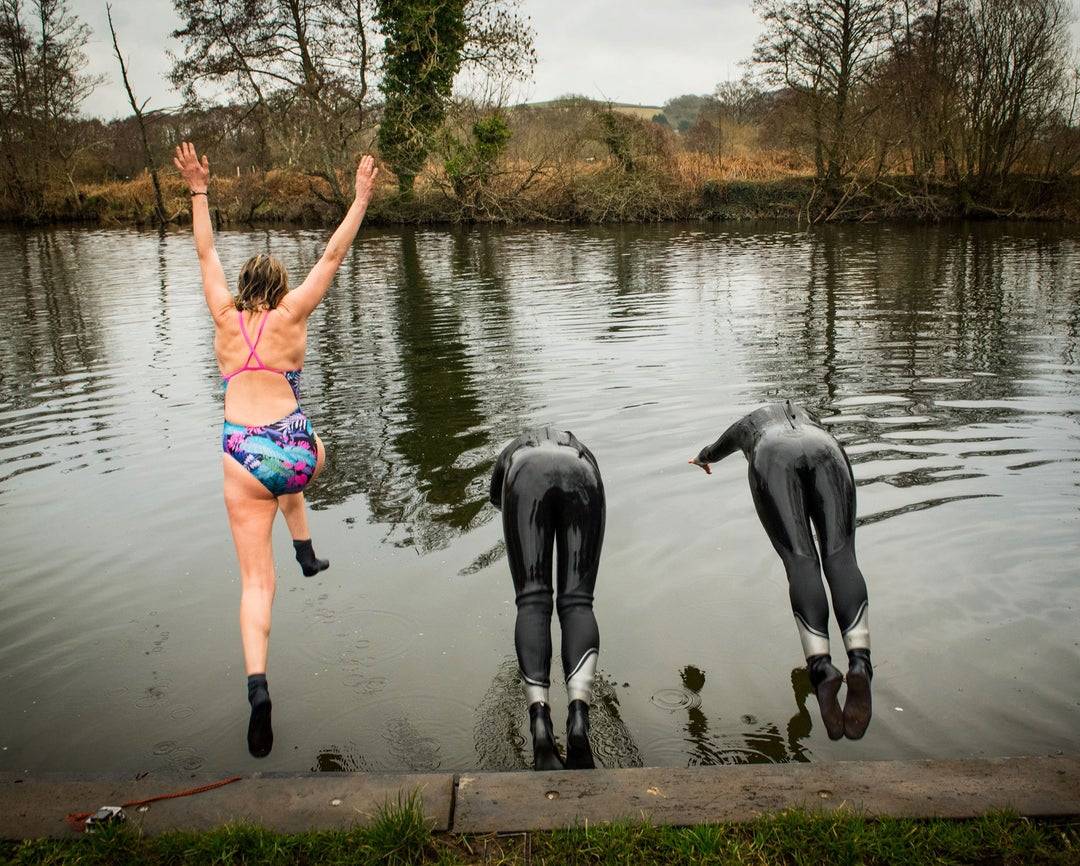 A couple of years ago I cut my hand on a piece of plastic whilst free diving in Indonesia, which made me want to do something about the plastic pandemic. I like to go on journeys and then I write and speak about them. I’ve cycled to the South African FIFA World Cup, walked across Australia and roller-skated to Bude in a nude suit (because it rhymed) amongst other journeys, but I had never done a swimming adventure. Whilst trawling through Instagram profiles of my new hobby I saw free divers donning a mermaid tail under the sea. So I decided to swim the length of the River Thames as a mermaid to highlight how we’re choking creatures in our waterways with plastic.

My friend canoed beside me with a giant mermaid sculpture she made from recycled plastic and we found more plastic than we could stuff inside her. As well as finding all the man made polymers, I stumbled across this wonderful world of outdoor swimmers. Neoprene clad people appeared in the middle of rural meadows, along the riverbank and asked if they could join me. It was wonderfully warming for morale when I was swimming in 7 degrees for 6 hours a day in November. I named two of them my Thames Angels, as they just kept popping up whether they swam or just appeared with food. Many who had swum with me joined me for my last day to encourage me for my final leg into Teddington. I started to receive messages from people on social media saying they’d enjoyed my journey and invited me to their swim spots throughout Britain. 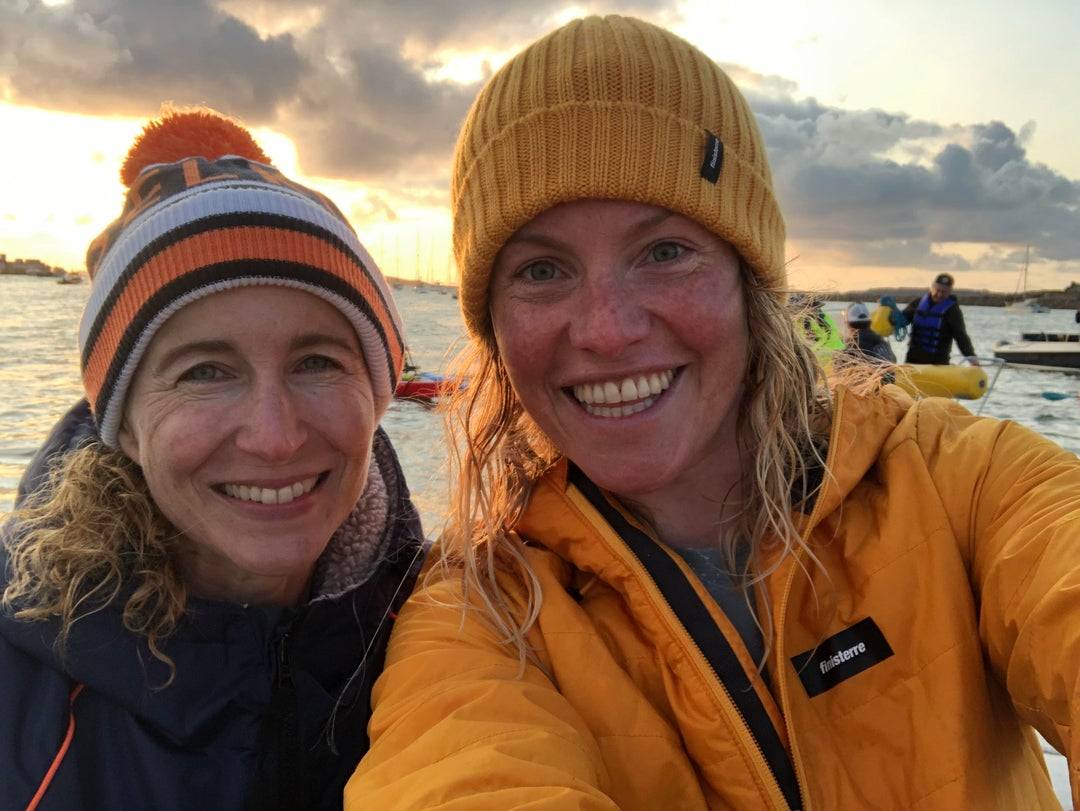 In January, I went to the UK Cold Water Swimming Championships at Tooting Bec Lido on my own. “Stompycole, you made it.” someone greeted me, throwing her arms around me, as we chuckled, only knowing each other’s Instagram names. Then a hand tapped me on the shoulder – it was another virtual friend. Within minutes of arriving I was in a huddle of friends I’d made online. For someone who’s been nomadic for the last 15 years and yearned for a community, it made me go quite fuzzy.

“Are you coming to the Scottish Cold Water Champs in March?” A new friend asked whilst we sat in the lukewarm hot tub warming up after our event. And then the adventure fireworks started erupting in my brain. Wouldn’t it be wonderful to cycle to Scotland and meet all these people who’ve invited me to swim with them, along the way? It would also be a great way to see more of my country, and perhaps see where I’d like to settle.

It took me two weeks and a thousand miles to cycle from Devon to Loch Tay in Scotland. I zigged and ziggaed all across Britain to wherever these swimmers lived. I was greeted by people I’d never met before; we hugged, then stripped and ran into the sea, river or lake holding hands, squealing with joy. Then they would feed me, put me up for the night, and send me on my way to the next swim community the next day. I felt like a swimming baton, passed around Britain. And crikey, Britain really is beautiful. 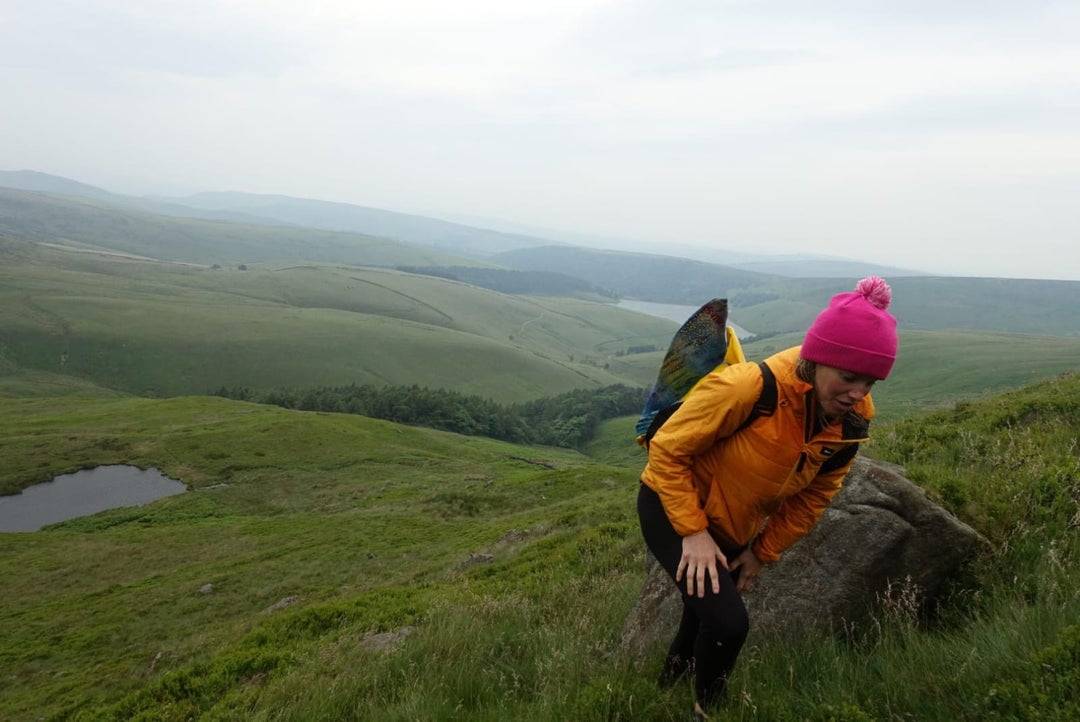 In the Peak District, I danced with others in a mist filled river, whilst someone played their native Indian flute and another banged his drum as bemused dog walkers passed by. I sat naked on the Mermaid Rock in the Yorkshire Dales with two ladies I just met, because I arrived in the dark and accidently left my swimsuit on my bike. When I crossed into Scotland I was greeted by a man in his kilt who yelled “Aye, is you’s that mad wee cyclin’, swimming’ lassie?” He then drove us to the Trossachs where we swam in front of a dramatic mountain backdrop as rain lashed down, appearing like diamonds in the water. And in Edinburgh, I ran into the sea with 76 other women to celebrate International Women’s Day.

Each day was bookended with a swim with incredible people so I was high on adrenaline for two weeks. By the time I reached the Scottish Cold Water Champs, I wasn’t ready to go home. In fact, I didn’t really have a home to go to. I had been crashing with friends since I finished swimming the Thames and I had no job or responsibilities to get back for. I’d never really seen Scotland before so, I decided to carry on.

The next morning, as snow fell I started to regret waving off my lift back down south. I had no idea where I was going to go: north, south, east or west. Then my phone pinged: “Hey Linds, just seen you’re in Scotland. We’re in Mallaig. There’s always room for one more.” A friend wrote. So that was my direction. From now on, with no plan, swimmers became my compass. 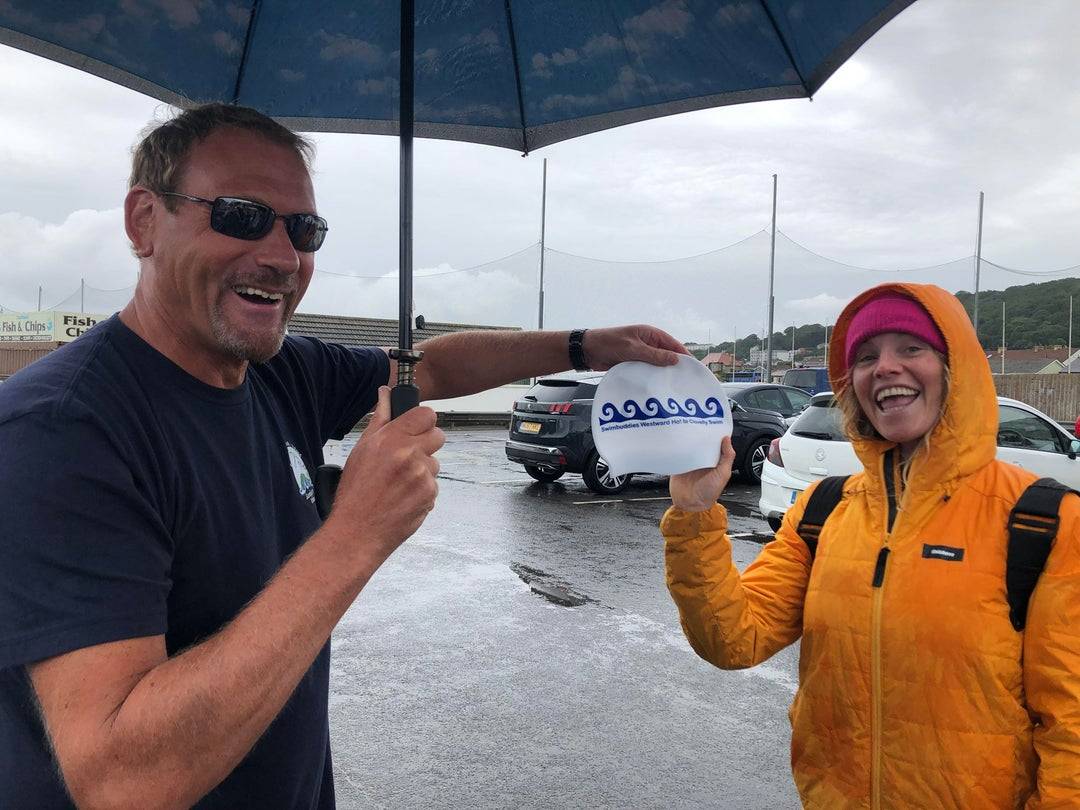 I went to the Outer Hebrides and drank some Harris Gin. Someone messaged: “We have gin in Orkney too, you know.” So I went to Orkney. Because I was so close, I popped over to Shetland where I swam with a local who was once accompanied by an Orca on her regular lunchtime swim. When I made it to the most northern beach in Britain, on Shetland’s Unst, I still wasn’t ready to finish, so I decided to cycle back down south and head for the Isles of Scilly.

I swam with Channel swimmers, Ice Milers and people who’d only just taken up swimming. I was told stories of bereavement and how swimming outside helps. And how it helps people suffering from mental health and stressful jobs too. I never had time to be down or lonely as I was swimming with people every day who wanted to encourage me along my journey and show off where they lived. I had the best guided tours of Britain. It really was brilliant!

Needless to say, when I reached the Isles of Scilly, I still wasn’t ready to finish and carried on again. Now I’ve just qualified as an outdoors swimming coach, it looks like I always will.

And the most wonderful thing is, I’ve finally managed to find my very own community and it just so happens to be scattered all across the country.

Lindsey will be holding a special one-off talk night at our Bristol store to tell her story in full and answer your questions. For tickets, hop on over to the event page now.