Jamie Buchanan-Dunlop is an explorer, ocean advocate and educator, who has the enviable job of making remote and important marine science accessible to classes around the world.

He has worked with numerous expeditions from coral conservation in Timor-Leste to trawling for microplastics in the Arctic waters of Svalbard. For his latest expedition, we sent along some of our trusty Nimbus jackets to keep him and the team warm in the arctic, and offered to spread the word about their work. 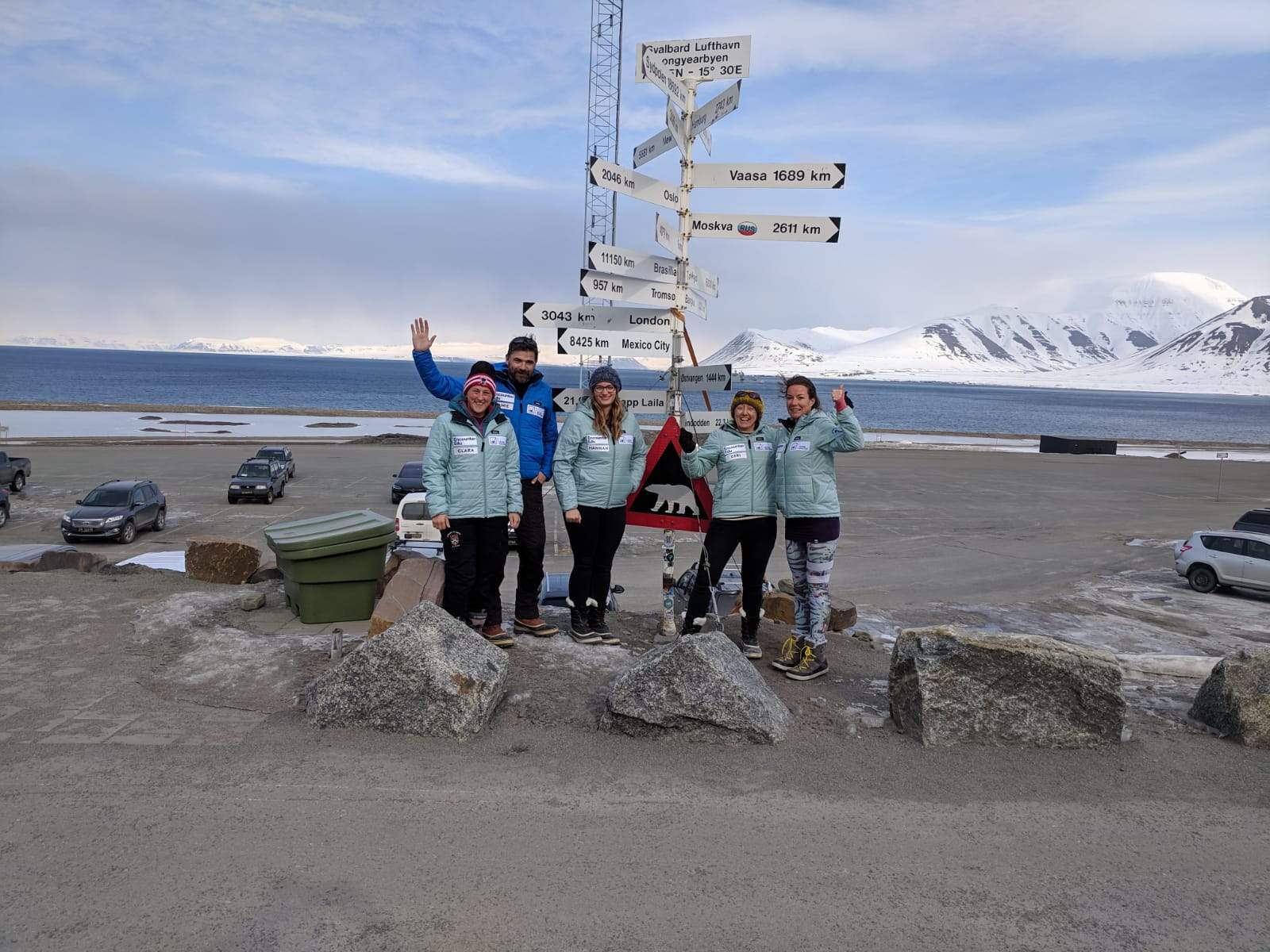 You know it’s going to be a certain kind of expedition when someone you’ve only known for five minutes, takes their gloves off at forty below and rubs your snoticled (a technical term to describe the encrusting snot icicle that occurs in the polar regions) nose to melt the incipient frostbite.

There are many first encounters that lead people to have a lifelong working relationship with the ocean, rock-pooling as an eight year-old, a Cousteau documentary, the guilt of plastic-ridden coasts, but this was mine. I was standing on the ocean, two metres of sea ice separating me from a black frigid unknown beneath. We were stationed at the Catlin Arctic Survey Ice Base, a temporary science station set up off Ellef Ringnes Island along the northern edge of the Canadian Arctic archipelago. 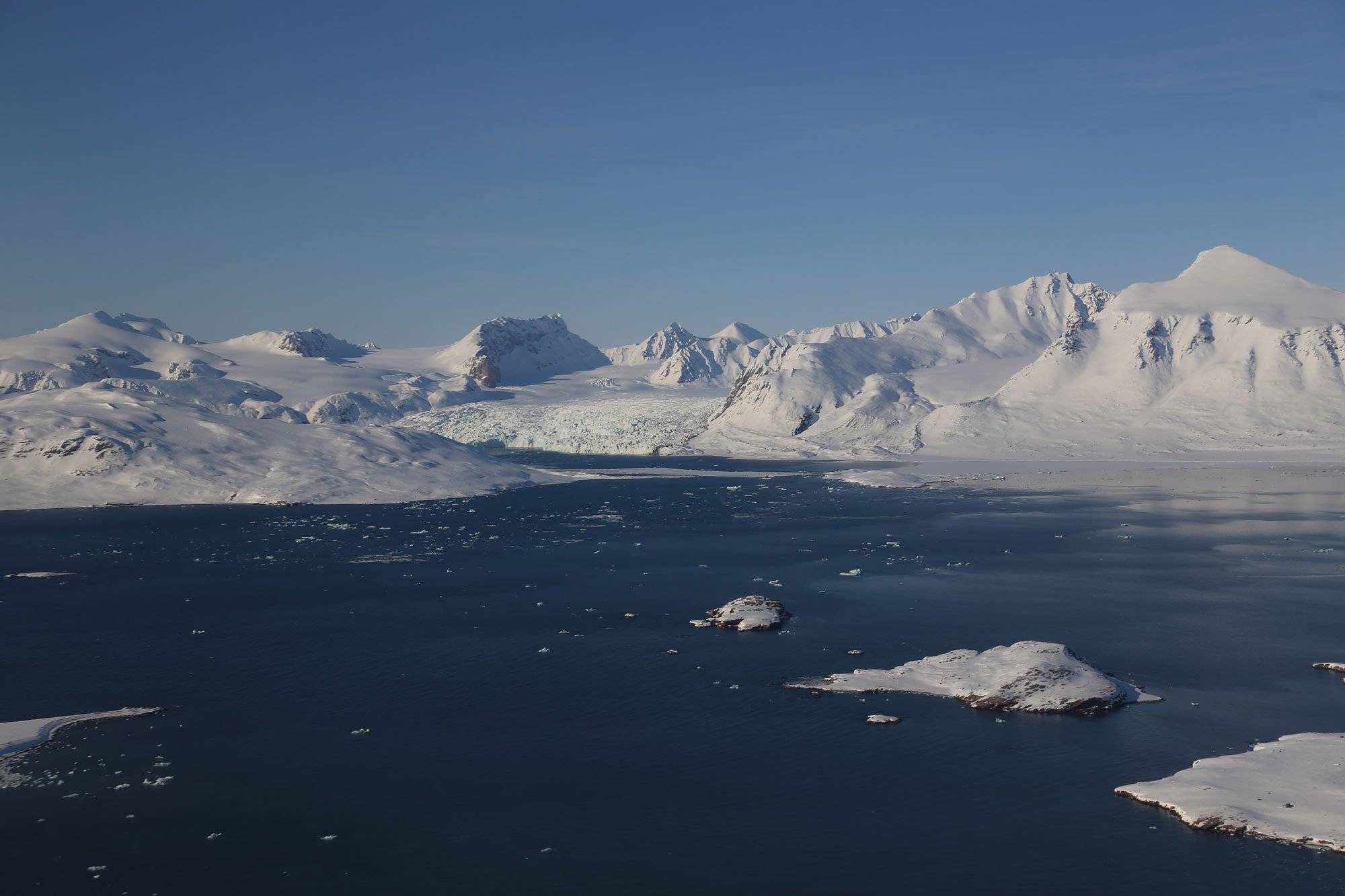 There were eight of us, four scientists and four support staff, braving conditions down to minus sixty Celsius with windchill, investigating how the Arctic Ocean and its life was being affected by atmospheric carbon dioxide and looking for the missing factors that could explain why sea ice loss was occurring more rapidly than the models predicted. The latter had something to do with tea, but more of that later.

Like the average layperson in the pre-Blue Planet II era, I had a passing understanding of the ocean. It was big. It felt immutable. It was dangerous and mysterious in equal measure. For four weeks, my job in the Arctic was to communicate the work of this remote and perilous marine science. As a team, we were bonded by the hardship of our living conditions, the pain of the cold somewhat shifted by a constant diet of butter, chocolate, tea and stew.

But it was my first real encounter with an understanding of the ocean. For something so vast, I learned that its chemistry is changing faster now than at any other point in the past 300 million years, that the most abundant animal on the planet is a small crustacean, the copepod, with an estimated 1,347,000,000,000,000,000,000 of them in the world’s ocean, and that dissolved algal matter in the Arctic surface waters increases solar absorption thus speeding sea ice loss (the marine ‘tea’).

When you work on the ocean, you hear the same facts parroted out at every event. Every second breath we take comes from the ocean. There will be more plastic in the sea than fish by 2050. Billions of people across the world rely on the ocean for their food and livelihood. It is easy to gloss over these huge claims, until they are reversed. Half the oxygen on the planet gone, or 2 billion people starving. It would, therefore, seem logical that we look after our ocean, and that other people who hear these facts, should apply the same logic of acting in its best interests. I am fleetingly baffled by those who ignore the obviousness of needing to act to conserve the ocean. 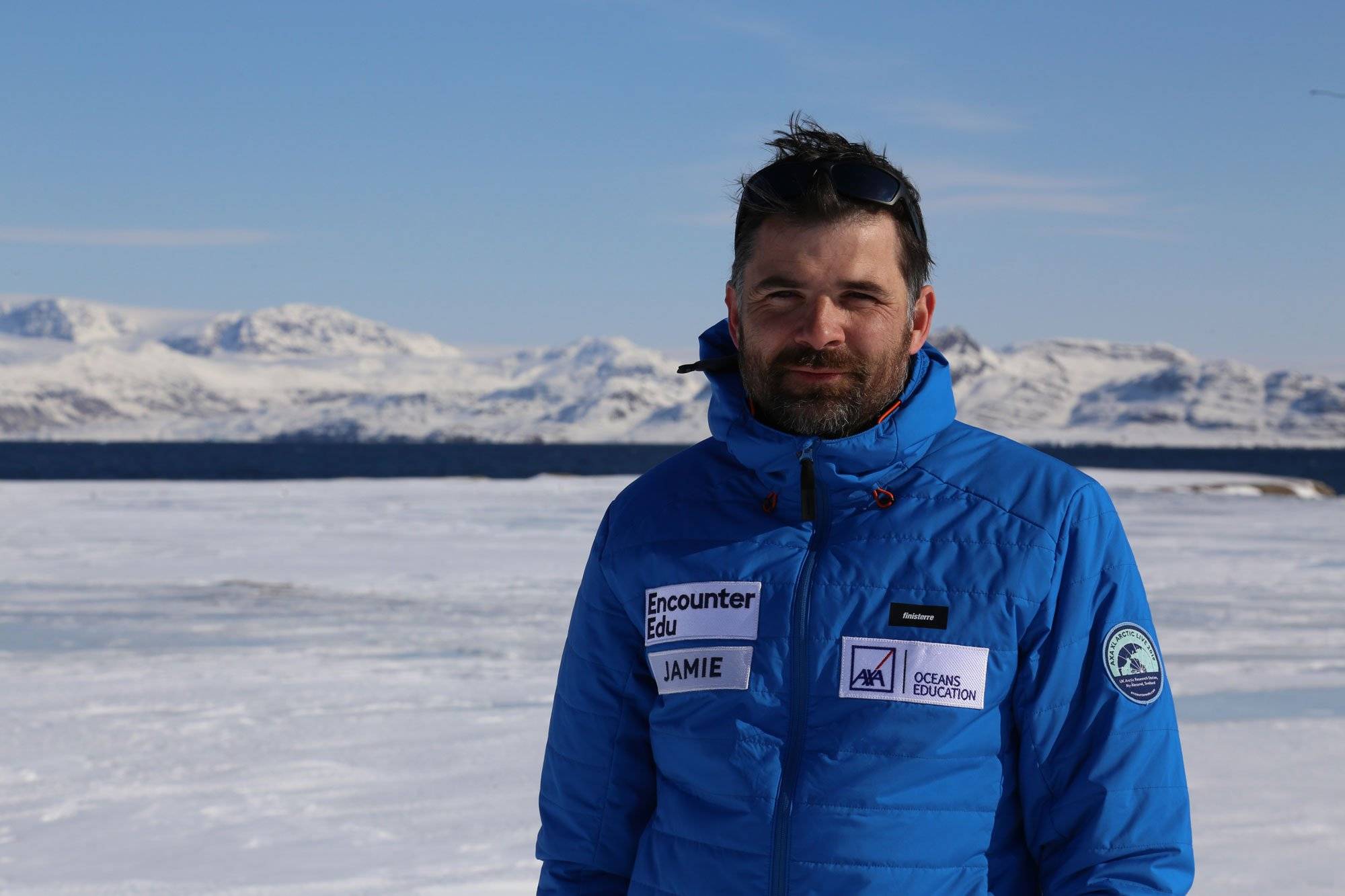 Then I remember we are a narrative species, built on the stories that we tell and hear, not the numbers, our world view is forged through encounters, not graphs. I am an educator by trade and was asked to build an education legacy to the work that had been done on the Catlin Arctic Survey. “No problem,” I said to the charming man who offered me the contract, only to turn to the national curriculum framework to find that it mentioned the ocean a total of zero times.

The logic would be that the ocean would have a strong place in the curriculum of an island nation. But there is no logic in the way that we treat our ocean. All ocean lovers are mystified as to why we can treat such an awesome and beautiful place with such ignorant contempt. Out of sight, out of mind would seem the cornerstone of much environmental policy.

My early forays into ocean education in the UK met with similar ambivalence, but slowly wins started to accumulate. We found a welly sponsor to take inner city kids to explore the salt marshes of the Thames Estuary. We found enough supporters to persuade the government to include the ocean in the curriculum for the first time in 2013 and then in the following year we started our flagship program of live lessons from marine science expeditions.

Under the auspices of AXA Ocean Education, Encounter Edu, the social enterprise I founded on leaving the classroom, has been able to bring live and interactive marine science to classrooms internationally. We returned to the transformative impact of remote and perilous field science and decided to try to take schools with us. 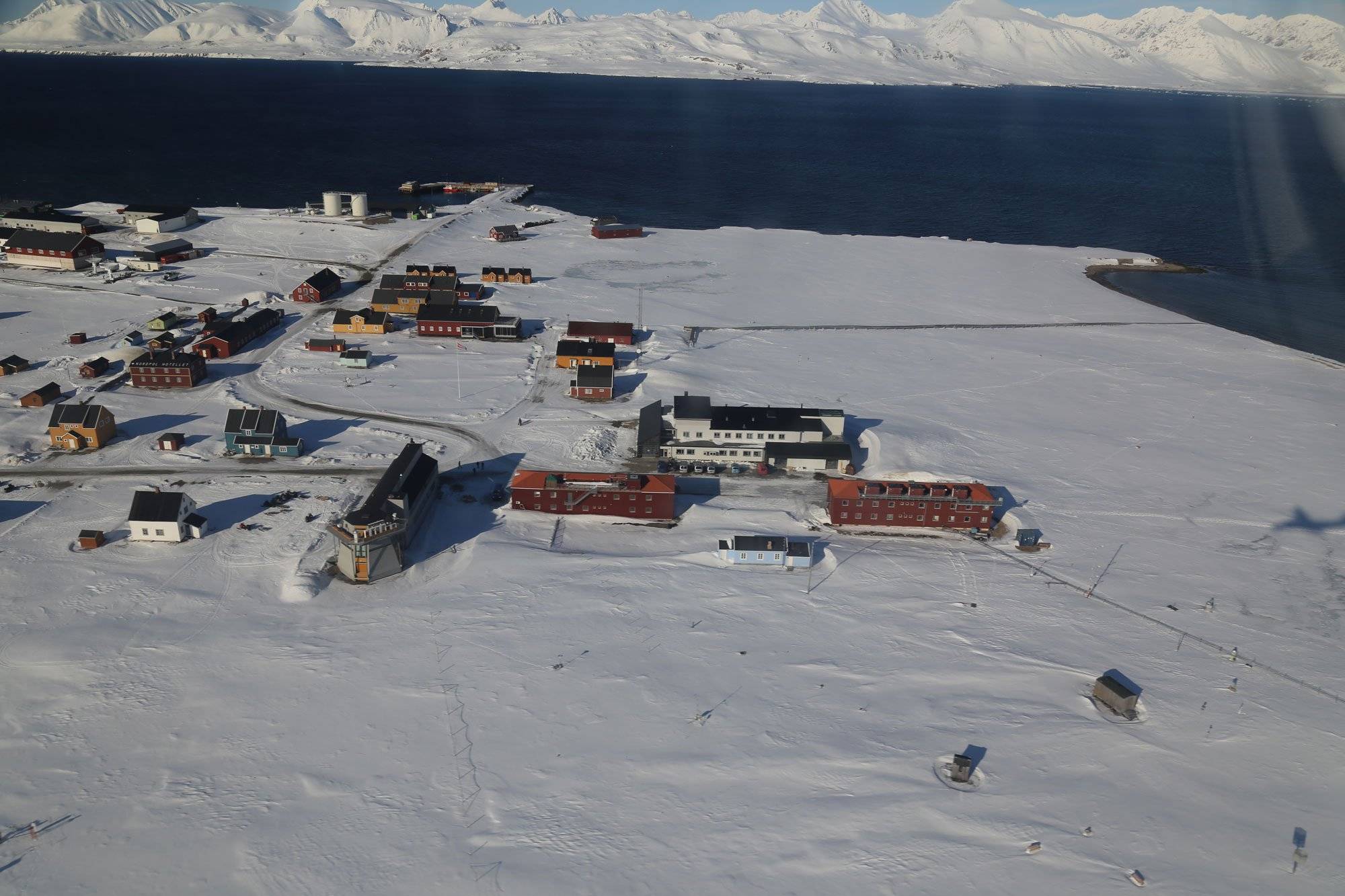 The expeditions have spanned the Arctic, coral reefs across the Coral Triangle, Great Barrier Reef and Caribbean and even in submersibles exploring the depths of the Indian Ocean. Each of these expeditions contains the narrative excitement that engage classes in a way that mere graphs and facts cannot. We dodge icebergs, avoid crocodiles, survive the freeze, say hello to sharks and carry on with the science. It is not just the compelling narrative stories that are important. These far-flung ocean corners are also some of the most affected by human action. The Arctic Ocean is warming and acidifying faster than any other. The coral ecosystem could be consigned to the history books, with the IPCC estimating that 99% of corals across the globe are likely to be lost if global heating reaches two degrees Celsius.

We have created three live-streaming education events, Arctic Live, Coral Live and Submarine Live, where classes are able to interact live with the expedition teams working on the frontiers of change. Every day, we set up our small mobile broadcast studio and put on a series of live broadcast lessons for schools to dial into. If we can transmit just a small sense of what it is like to be on these journeys of discovery, then we are doing our job.

In May 2020, we return again to the Arctic, for the third year of a three year marine monitoring program investigating microplastics and ocean acidification. We will help watching classes to consider ‘where is away?’ when we discard litter. Could the fragments of a fizzy pop bottle end up in a polar bear belly? We will be trawling for plastics in the fjord that runs alongside the UK’s Arctic Research Station on Svalbard. If the plastic particles are found at the surface, it is likely they have come from local sources. If we find a greater abundance at depth, it could be that they are brought on deep water currents running past north western Europe. There are an estimated 5.25 trillion floating microplastic particles in the ocean and developing research is finding that the Arctic may be a sink for these small fragments of marine litter.

It is hard to be an ocean educator during a time of loss. Bringing students on the journey with us is one small way in which we can be open about the issues and start discussions about environmental stewardship based on scientific evidence rather than alarmism. “We are not always aware of these problems and it is important to consider them. Learning directly from a researcher is a fascinating experience. She has encouraged us so much!”, said a high school student from Estudio School in Madrid, after a call with Dr Ceri Lewis, Associate Professor at the University of Exeter and a member of the plastics research team. 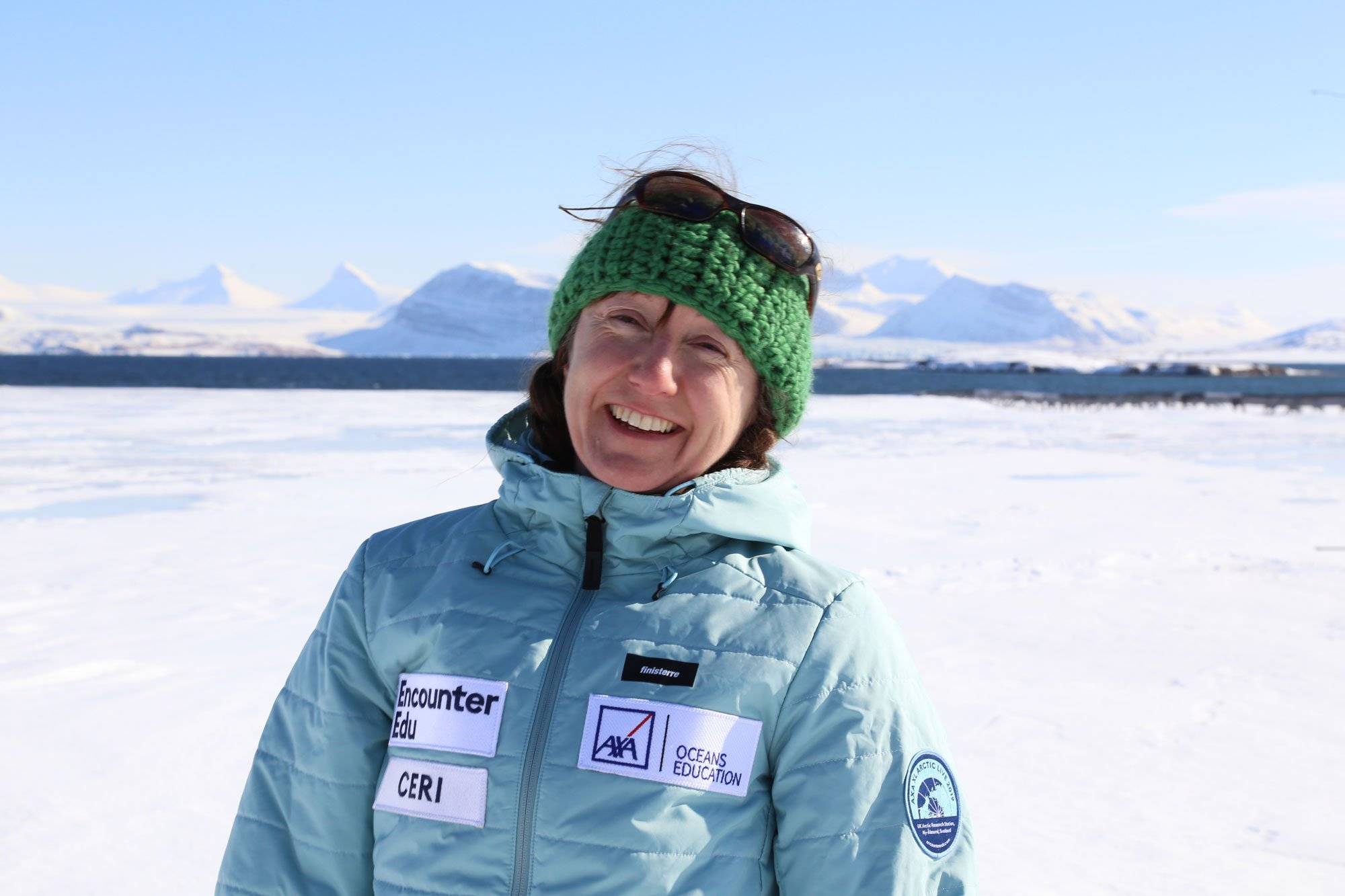 The live lessons also have the ability to shape the careers and mindsets of the next generation. Connecting to the Nekton First Descent Expedition in the Indian Ocean, one class teacher, Suzanne Williams reported from Wirksworth Junior School, “At parents evening last night I received so much positive feedback about Submarine Live! The children loved it. I have two budding marine biologists in my class as a result.”

It was a report from a school taking part in last year’s Arctic Live that connects all the dots. We were broadcasting a live investigation about how to keep warm in the Arctic wearing our Finisterre jackets and a comment was posted on the school blog, “We were really pleased to hear that there is clothing being made from recycled plastics and that some of these items were being worn by members of the research team in the Arctic.”

The ocean is mysterious. It is unexplored. However, it is also our lifeblood, and we are affecting its health. Encounter Edu, Finisterre and ocean lovers of all stripes are working across three important and connected strands. We strive for a deeper ocean understanding for ourselves and others. We tell stories to share our wonder and appreciation. And when we have to, we rewrite the rules to work towards a healthy future ocean.

Wherever and however your ocean journey starts, and it does not have to be snoticles at minus forty degrees, follow it, embrace it and you never know where it will take you.