An extraordinary coming together of words and place, Icelandic Sagas enthral and intrigue today as much as when they were first told. Our recent adventure to Iceland revealed the depths of relationship between people, their landscapes and the stories they tell; we wanted to know more about the history and meaning of communal storytelling. 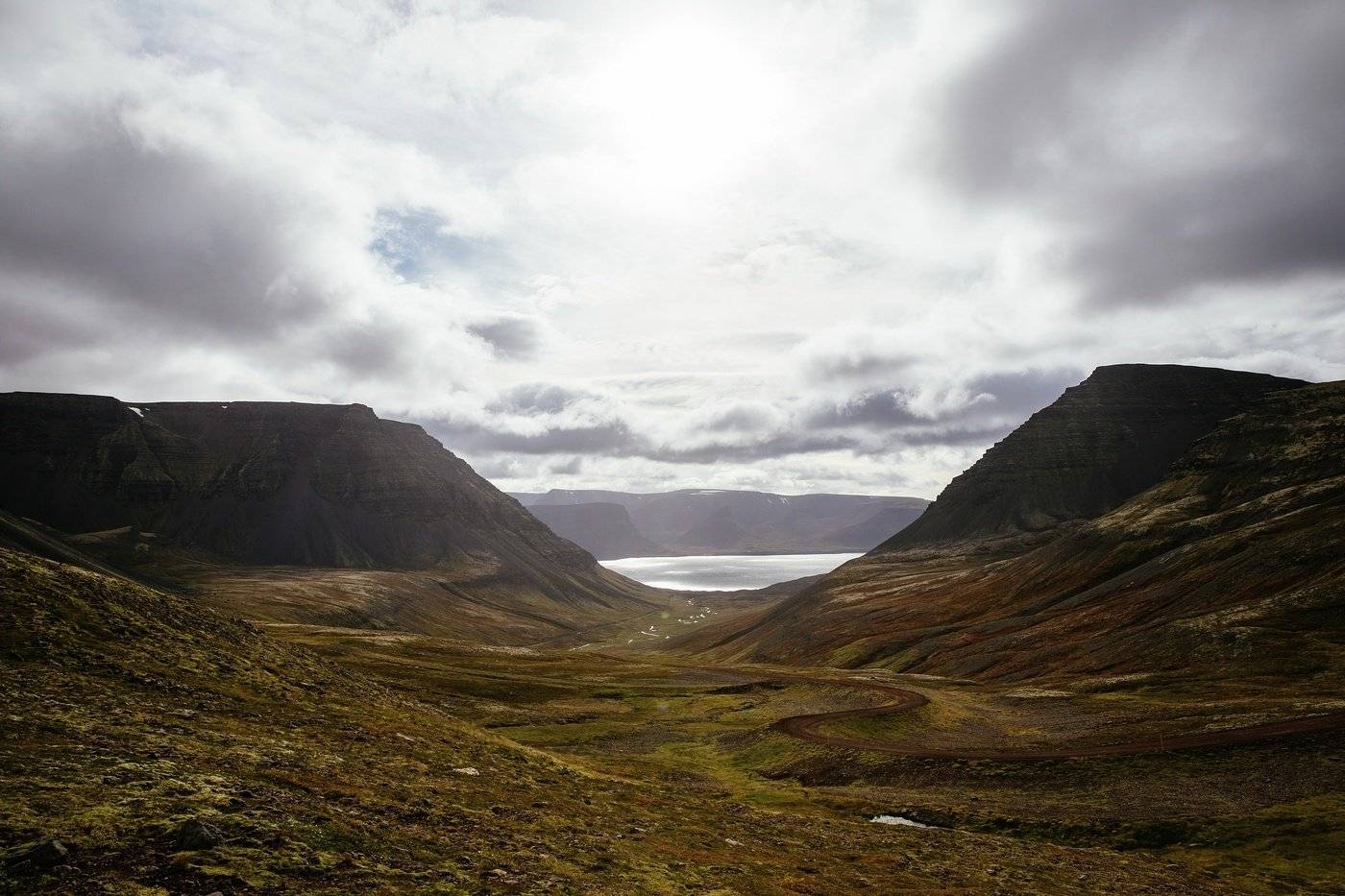 In the 9th century, migrating Norse settlers crossed the North Atlantic and claimed Iceland as their own, recording their stories, mythology and discoveries of this island of stunning contrasts. Almost black and white in winter, with volcanoes, deep valleys, steam and ice, yet turning a glorious and verdant summer green. Forming the richest and most original writing of the middle ages and telling of the struggles and conflicts that arose on this island of the North Atlantic; these dramatic tales of domestic, historic and the supernatural hint at the feuds and love affairs of the first settlers in Iceland.

“Ranking with the world's great literary treasures, as epic as Homer, as deep in tragedy as Sophocles, as engagingly human as Shakespeare”, the Icelandic Sagas sit deep in the heart of Icelandic identity and culture. Complex, tightly woven poetry, an extraordinary coming together of words and landscape; “you could ask any Icelandic person about the Icelandic Sagas and he or she will know a story, character or plot”.

Forming broadly historical prose narrative and detailing events which mostly took place in Iceland between the 9th and 11th centuries, it is still a debate as to how fictional they truly are. Cultural treasures, providing entertainment until the 19/20 century when they would be read aloud on winter evenings at communal gatherings, the stories live in the landscape with the natural features being mnemonics for characters and places.

Around 400 manuscripts survive from the 1300 – 1550s; fragments, painstakingly hand written by clerics and scribes on parchment or vellum made from calf skin using inks created from natural ingredients found in the very landscapes the words describe, still exist. Surviving from the 14th century, the golden age of manuscript production, is one manuscript which contains 11 sagas in one volume, arranged geographically, such is the link between words and place. But they also are far more than the mere page, they live on in the imaginations and interpretations of the landscape.

The Westfjords, North-West Iceland, one of the most visually spectacular and dramatic parts of Iceland and the location for our latest winter adventure, is also the setting for Gísla saga Súrssonar. Written in the 13th century, partly on the basis of oral traditions, a classic outlaw saga, it is one of the most widely read sagas in Iceland. Intrigued, we wanted to know more.

Presented as a great hero, trapped by unlucky fate, Gísli came to Iceland with his family and built two farms in a valley. Forced to leave his farmstead in Haukadalur, the saga relates how two murders took place, setting off a chain of events which led to Gísli surviving on the run for 13 years before finally being hunted down and killed by his enemies.

Remarkably, people today still live in places referenced in the Sagas; it was as if the pages had come to life in front of us, or, as one Icelander said, "It is as if the earth is talking to you and telling the story", bringing the past extraordinarily close to the present.

Other landscapes central to the Gísla saga Súrssonar are the remote fjords of the west, possible to only explore from the sea, or by hiking down into it, much like the valley where we eventually found surf after approaching by boat and then finally reached by hiking.

Dr Emily Lethbridge, academic and literary historian spent 10 months travelling around Iceland in 2011, in order to read each of the 30-odd Íslendingasögur (medieval Icelandic family sagas) in their local settings, travelling and sleeping in an ex-military Land Rover Defender ambulance that she drove over to Iceland from the UK.

“Exploring at first hand how the events that the Íslendingasögur describe are mapped onto and around the landscape and commemorated in place-names was a compelling approach to this remarkable body of literature. No less illuminating was witnessing for myself how modern Icelanders continue to engage with their local and national saga heritage.”

She has created a digital map of the sagas and their locations, "adding hyperlinked/geo-tagged texts of all of the Íslendingasögur... In this way, points of geographical intersection or overlap between the sagas will be clearly illustrated and the extent to which individual sagas should be considered part of a bigger saga network or whole, rather than as discrete narrative entities, will be emphasised."

Emily found that "many in the area know Gísli‘s story not necessarily through reading the saga, but because of his presence in the landscape, and the way that the events in the saga play out in local places, and the way that people have always passed on stories about Gísli in these landscapes. And this is not a passive tradition in present times either—in different ways, local people still actively engage with the saga and see it as their local heritage." 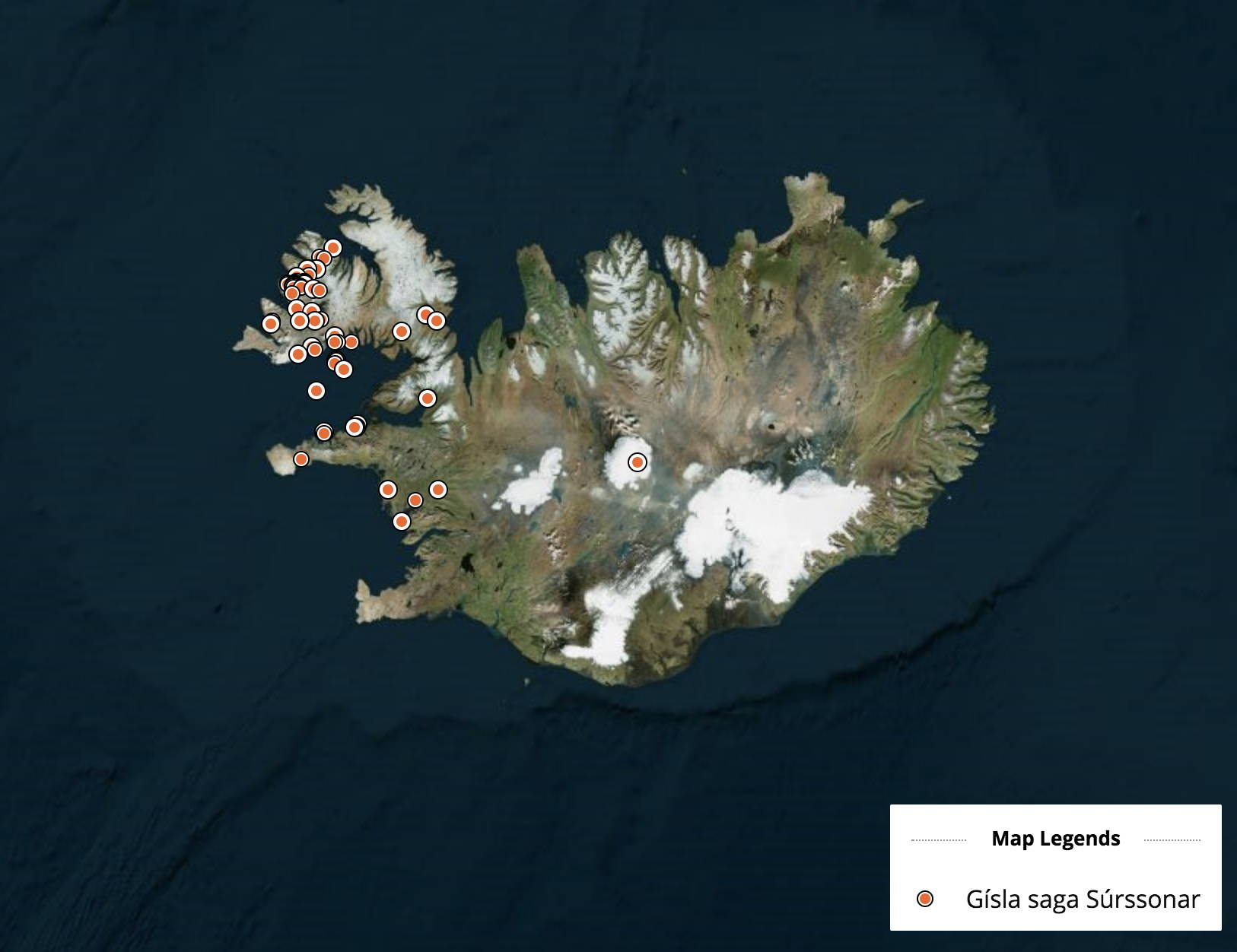 Emily has continued researching the sagas after her project concluded, publishing articles and books; "the landscape was key in transmitting the sagas, just as much as the parchment manuscripts". A fascinating dichotomy, one that stayed with us long after we left.

"Wife! what time I rose and hasted,
Forth I wandered on the hills;
O'er these regions wild and wasted
Streams of song I poured in rills.
Then I heard the night-hawk shrieking,
Then I heard his mournful strain;
Soon the dew of Woden reeking
Shall this outlaw shed like rain."